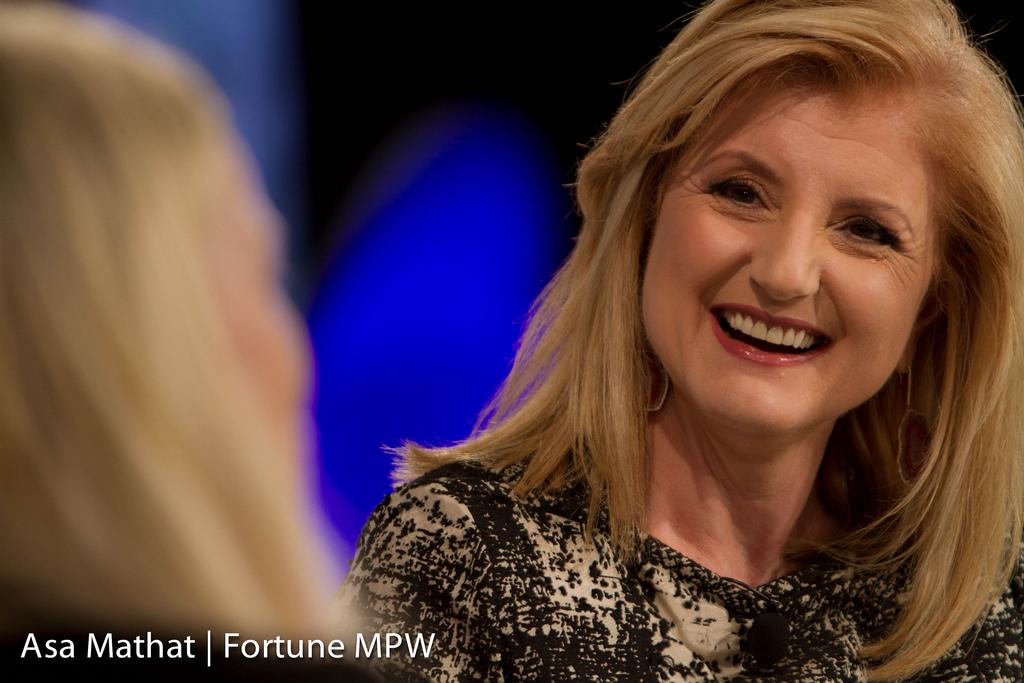 Arianna Huffington, the co-founder and editor-in-chief of the liberal news website Huffington Post, has announced she is to step down in order to run a new venture, Thrive Global. After 11 years at the helm, Huffington announced her departure on her Twitter feed:

I thought HuffPost would be my last act. But I’ve decided to step down as HuffPost’s editor-in-chief to run my new venture, Thrive Global.

According to her following tweet and the press release she shared with her followers, “Thrive Global’s mission is to change the way we work & live by ending the collective delusion that burnout is a necessary price for success.”

In the press release, Huffington said, “Change is desperately needed if another generation is to avoid the burnout that all too often comes with success today. That;s why I’m filled with excitement at the prospect of devoting the rest of my life to accelerating the culture shift away from merely surviving and succeeding to thriving.”

“Running both would have involved working around the clock, which would be a betrayal of the very principles of Thrive I’ve been writing and speaking about. To truly thrive means knowing when the time has come to close one chapter and start the next, and for me that time has arrived.”

Huffington has been on a mission to extoll the virtues of a balanced life ever since 2007, when she collapsed from exhaustion in her office and broke her cheekbone. Not only has she spoken countless times on the role of getting enough sleep to success, but she is also a passionate advocate of a well-balanced life. She has penned her thoughts on the importance of sleep to a successful life in her two books, Thrive and The Sleep Revolution so it only makes sense that she went ahead and literally put her money where her pen was, with Thrive Global. 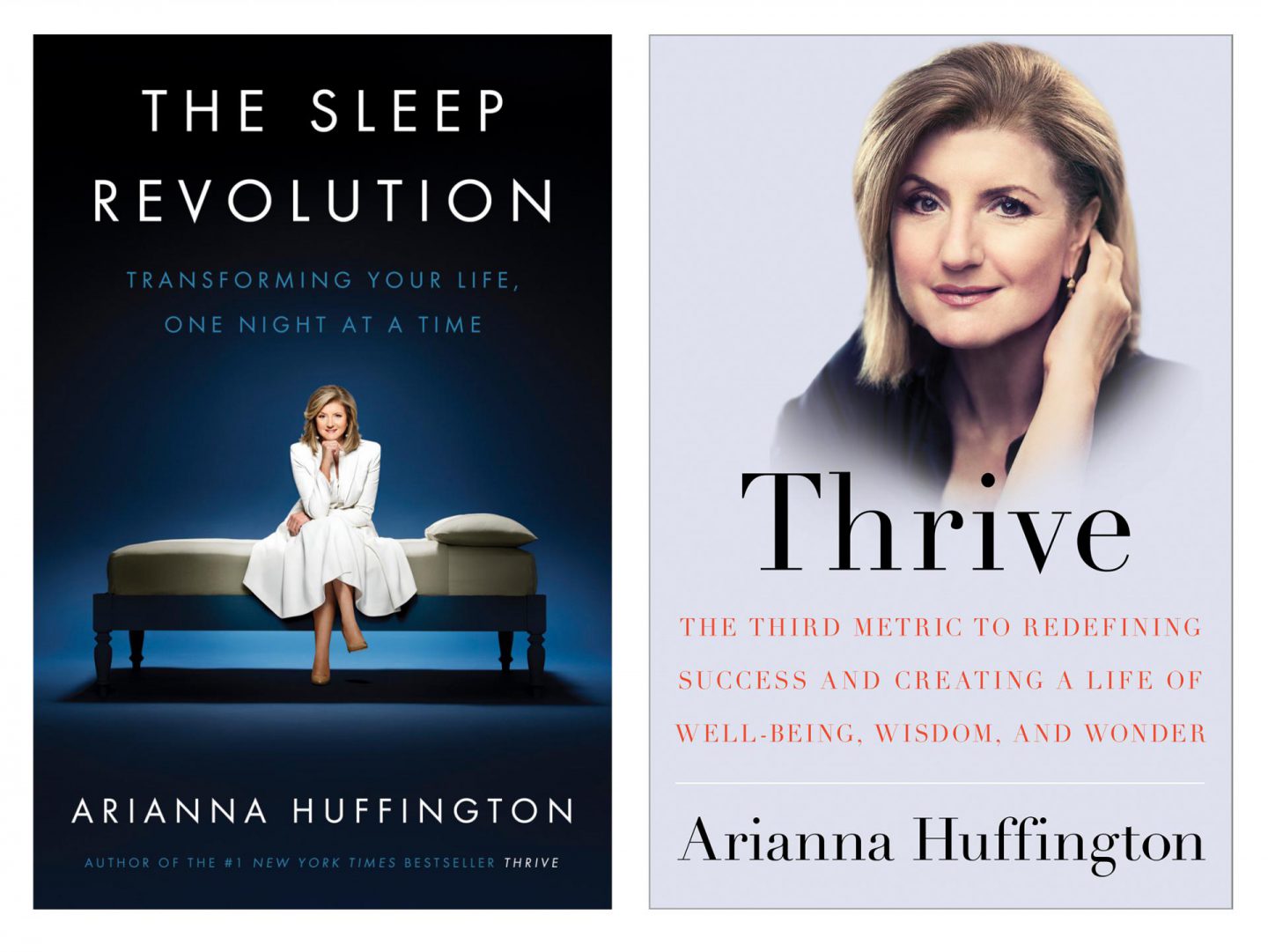 “For far too long we have been operating under a collective delusion that burning out is the necessary price for achieving success. This couldn’t be less true. All the latest science is conclusive that, in fact, not only is there no trade-off between living a well-rounded life and high performance, but performance is actually improved when we prioritise our health and well-being. It’s time to move from knowing what to do to actually doing it,” says Arianna Huffington.

Thrive Global is built around the concepts of wellness and striking a balance between work and personal realms, and is possibly, her best move yet.

In a world where we are all exhausted from a full working week, accelerating our way from Monday to Sunday, with hardly a break in between, further drained by a world of “bad news — crazies, rapes, mayhem” – as Huffington bemoaned to NPR in 2015 about what dominates the news – maybe we need more positive vibes and who else to deliver them than the woman who has seen the light and who is keen to share it?

“We are living as a country under the collective delusion that in order to succeed, we have to burn out along the way. Well, we are running on empty and we are also losing the joy of life.”

“We need to accept that we won’t always make the right decisions, that we’ll screw up royally sometimes – understanding that failure is not the opposite of success, it’s part of success.”

“The more we refuse to buy into our inner critics – and our external ones too – the easier it will get to have confidence in our choices, and to feel comfortable with who we are – as women and as mothers.”

“it is very telling what we don’t hear in eulogies. We almost never hear things like: “The crowning achievement of his life was when he made senior vice president.” Or: “He increased market share for his company multiple times during his tenure.” Or: “She never stopped working. She ate lunch at her desk. Every day.” Or: “He never made it to his kid’s Little League games because he always had to go over those figures one more time.” Or: “While she didn’t have any real friends, she had six hundred Facebook friends, and she dealt with every email in her in-box every night.” Or: “His PowerPoint slides were always meticulously prepared.” Our eulogies are always about the other stuff: what we gave, how we connected, how much we meant to our family and friends, small kindnesses, lifelong passions, and the things that made us laugh.”

“Worry is a form of atheism. And so is most fear.”

I wish I could go back and tell myself that not only is there no trade-off between living a well-rounded life and high performance, performance is actually improved when our lives include time for renewal, wisdom, wonder and giving. That would have saved me a lot of unnecessary stress, burnout and exhaustion.”

“And whenever I’d complain or was upset about something in my own life, my mother had the same advice: “Darling, just change the channel. You are in control of the clicker. Don’t replay the bad, scary movie.”

“A purpose of human life, no matter who is controlling it, is to love whoever is around to be loved.”

“Meditation is not about stopping thoughts, but recognizing that we are more than our thoughts and our feelings.”

“The people we invite on the train are those with whom we are prepared to be vulnerable and real, with whom there is no room for masks and games. They strengthen us when we falter and remind us of the journey’s purpose when we become distracted by the scenery. And we do the same for them. Never let life’s Iagos—flatterers, dissemblers—onto your train. We always get warnings from our heart and our intuition when they appear, but we are often too busy to notice. When you realize they’ve made it on board, make sure you usher them off the train; and as soon as you can, forgive them and forget them. There is nothing more draining than holding grudges.”

“Being connected in a shallow way to the entire world can prevent us from being deeply connected to those closest to us—including ourselves.”

“Countless things in our daily lives can awaken the almost constant state of wonder we knew as children. But sometimes to see them we must look through a different set of eyes.”

“We are not on this earth to accumulate victories, things, and experiences, but to be whittled and sandpapered until what’s left is who we truly are.”

“To live the lives we truly want and deserve, and not just the lives we settle for, we need a Third Metric, a third measure of success that goes beyond the two metrics of money and power, and consists of four pillars: well-being, wisdom, wonder, and giving.”

Thank you for all that you do to keep Milton Keynes clean and tidy. We are just glad we got to capture parts of you… https://t.co/joFMZbtkk9
h J R
@sonabanjo

#Anthony A gut-wrenchingly raw, heart-breakingly beautiful tribute to a life cut short, a young man who could have… https://t.co/Rs4R8AYJIm
h J R
Please select an optin from widget.