Reading all the glowing reviews for Hustlers starring Jennifer Lopez and Constance Wu, I’m wondering if the critics and I saw two different movies. Despite my qualms about J Lo’s acting chops, swayed by said reviews which even mentioned Oscar buzz for the actress, I headed to the cinema tonight, expecting to be wowed.

And wowed I was for possibly the first 10 minutes. It was impossible not to be dazzled by the glitz and gloss of ’90s ghetto fab style – think crop tops, vinyl bandeau dresses, fur coats, hoop earrings, platform heels. It all looked like a turn of the century hip hop video with Wall Street bankers as extras.

Then, of course, the impossibly athletic pole dance performance from Jennifer Lopez playing the real-life hustler Samantha Foxx (called Ramona in the film). First seen through the eyes of her future partner-in-crime Roselyn Wu (played by Wu and named Destiny), it’s no wonder J Lo’s first appearance establishes her mythical magic as the power stripper with the boss moves and curves that can do fatal damage.

As the camera zooms in and out of boobs and bums, and we are shown numerous flashes of flesh, it gets even weirder when we go backstage and girls are readily slapping each other on the bum or affectionately fondling each other boobs. The physicality of a strip club is all the more evident.

It’s not the nudity as much but the physicality that disturbs.

As the movie progresses and in snippets, we find out Roselyn’s story as told retrospectively to a journalist, and as she moves up from the bottom rung of the ladder to the top, under Ramona’s wing and tutelage, we see the camera slowly shifting from the female form to the male form. Almost symbolic of the shift in power dynamics.

It is the post-2008-banking-crash-world and while Wall Streets wolves no longer splash the cash so voraciously, they are still out there, fairly unscathed, just harder to find than before when they would visit a strip club a few nights a week spending anything from $15,000 to 100,000 in one visit.

The hunt is on as Ramona and her band of merry girls go ‘fishing’ for these men, first targeting random men who look the type, then going through their old black books and finally exhausting all former hook-ups, once again going after random strangers. What initially is a game to lure unsuspecting men back into strip clubs gets more morally questionable as they begin drugging them with a cocktail of MDMA and ketamine – “MDMA to make them happy and ketamine to mess up their memory” as Ramona explains.

As the stakes get higher, it becomes more uncomfortable viewing.

There are repeated scenes of different men, first being chatted up by one of the girls, lured into a flirtatious conversation as his drink is spiked, dragged into a car and barely making it into the strip club, half unconscious.

Then comes the quick montage of men in different rooms, each being fleeced by a pair of girls. The stance no different to the one assumed by the extras at the beginning of the film: legs akimbo, mouths agape, shoulders slack, tie hanging halfway down their front, masculine in their desire to perform even and emasculated because of it. Everything they are not in the boardroom or the C suite – a predator now turned prey at the hands of the very prey they are so used to chasing.

“This is what men do all the time to a different end” whispered my friend in my ear. of course, we’ve all heard of the horror stories of girls whose drinks are spiked who get dragged behind a bush or into a car or into a decrepit house, ending up raped or dead. A fate which is much worse than getting fleeced by a bunch of women.

Interestingly much like women who find themselves in such predicaments, later in the movie, we are told by a cop how “Men don’t admit to being victimised by women.” Familiar, right? How many stories of date or drug rape have we heard or read of over the years that never go to court because the victim felt too embarrassed to report the crime in the first place?

The cunning this band of women had was in turning the tables on men – through drugs, sex and shift in power balance. The disturbing but also entertaining irony was that men were hunted through the very thing that made them hunt down or objectify: sexual drive.

The most visceral symbol of that was the naked body of one of their victims. The guy had taken a fall and lost consciousness. His body stark naked on the side of the swimming pool. Once again slack and powerless, another male body was hauled into the back of a car and dumped in front of a hospital. As the paramedics stretched his body out, his semi-erection still visible, even momentarily. Semi erect, semi limp; once predatory, now a victim.

And it was this juxtaposition that made this film disturbing, along with its fascination of deconstructing bodies. A woman whose body parts are on show fondled freely, a man, merely a suit, turned into a puppet through his sexual desire.

Some have found the representation of female sexuality empowering; some applaud the film for not showing prostitution and strip clubs as seedy. As for me, the film is a disturbing reminder of what Shakespeare calls our “mortal coil”, our flesh and blood bodies. And just how easily they can be bent into shape (as when Destiny learns power pole dancing moves from Ramona), broken, commodified, sexualised and annulled.

@1speaks @subysinem Yeah we do that daily. I call him Black; he calls me White. 😜
h J R
@sonabanjo

@abena_serwaa @subysinem Turns out it is black 💁🏻‍♀️ I too am confused!
h J R
@sonabanjo

I do apologise in advance - I know the world doesn't need any more division but @subysinem and I may have stumbled on the next "black and blue or white and gold" on FB Marketplace. Here's our take: black or brown? https://t.co/mg1lgBktS6 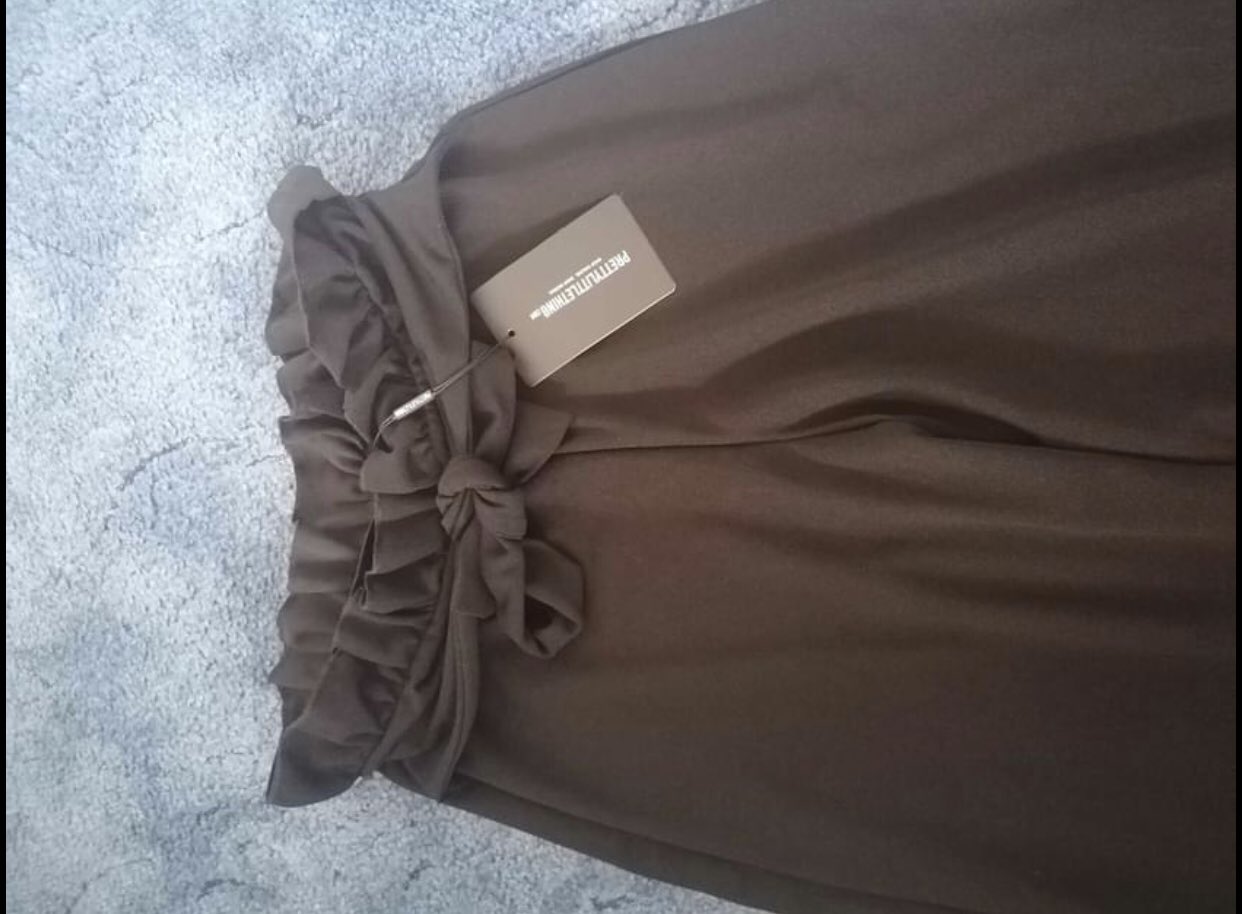 Emergency? Nothing good comes out of anything "emergency". One minute it's an "emergency briefing", next people are fighting over toilet roll in Asda. https://t.co/K0DFfXJF73
h J R
Please select an optin from widget.