Like most of the Netflix subscribers this weekend, I binge-watched the new series 13 Reasons Why as soon as it came out on Friday. Over 24 hours with a short sleep and food break in between, I went through the whole series based on Jay Asher’s 2007 novel of the same name about the suicide of high school student Hannah Baker and the classmates who inadvertently drew her there with the plot device of 13 tapes each telling a different character’s story. Stretched over a 13-episode series with a clunky plot device and convoluted narrative, the Netflix and Chill experience became more 13 reasons I want to kill myself right now. 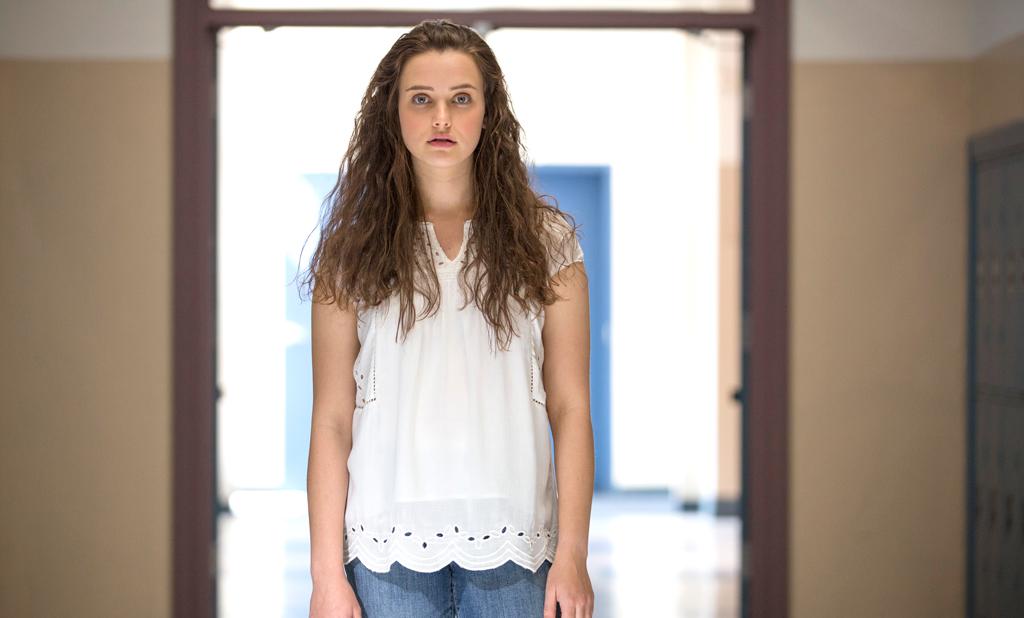 But one thing that stayed with me? The downward spiral of a girl already struggling to fit in at a new high school and keep her head above water (literally!) despite escalating incidents of slut shaming, scapegoating, sexual objectification and harassment. The testosterone fuelled jock behaviour is nothing new; almost weekly we hear about the indecent and hyper sexualised behaviour of high school jocks, university ballers, Premiership players.

What was scarier for me was the teenage girls’ reaction to Hannah’s reported misdemeanours. Early on, she got slapped by her ex best friend Jessica who believed she had slept with her boyfriend Alex, based on hearsay, rumours and a typical teenage boy’s score card slicing up girls to body parts under the ‘male gaze’. Alex deems Hannah to have the best ass while out of spite for Jessica who refused to sleep with him scores her as the worst ass. For every entitled boy who felt they could score a girls’ body parts, destroy her reputation on a whim, abuse her privacy, cop a handful and then some more, or slip off her underwear to claim what is underneath because ‘she never said no’, there was a girl who accepts the fabrications, joins in the slut shaming or even worse presents their alternative facts. Like cruel Courtney who claims her truth is different from Hannah’s truth.

Even scarier is the fact that girls don’t dare fight back. This is in no way victim blaming. It is just a resigned acknowledged of the scary cosmos that is the 21st century high school. Mean Girls seems so innocent with its Burn Book and “You can’t sit with us” hierarchy, The Breakfast Club almost archaic – perhaps reminiscent of simpler times with simpler worries.

In 13 Reasons Why, girls don’t hit back when groped, they accept a more convenient truth than the brutal fact that they have been raped, they don’t call out sexual harassment. Instead they suffer in silence, lose their self-esteem, self-sabotage, crumble under the male gaze, and in Hannah’s case, lose the fire in their belly and the will to go on.

“Have you ever heard of the male gaze?” Hannah and Jessica chorus in happier days, when they first see Alex checking them out. “We’re not entirely sure what it means, but we think you have it”. The phrase was coined by feminist film critic Laura Mulvey  to define the way visual arts and literature depict the world and women from a masculine point of view, presenting women as objects of male pleasure. It consists of three perspectives:  that of the person behind the camera, that of the characters within the representation or film itself, and that of the spectator.

Fittingly, the male gaze is so overwhelming in 13 Reasons Why, Hannah has no escape from it. Justin Foley turns his phone camera up Hannah’s skirt, Tyler Down turns his lens towards her window, the jocks’ gaze never leaves her as she wanders around the school. Even Clay Jenkins, the least culpable and possibly the most chivalrous teenage boy at Liberty High, is guilty of it. Ultimately, while we walk through the last few months of Hannah’s life we may be hearing her voice, but it is through his gaze we look back at the past. 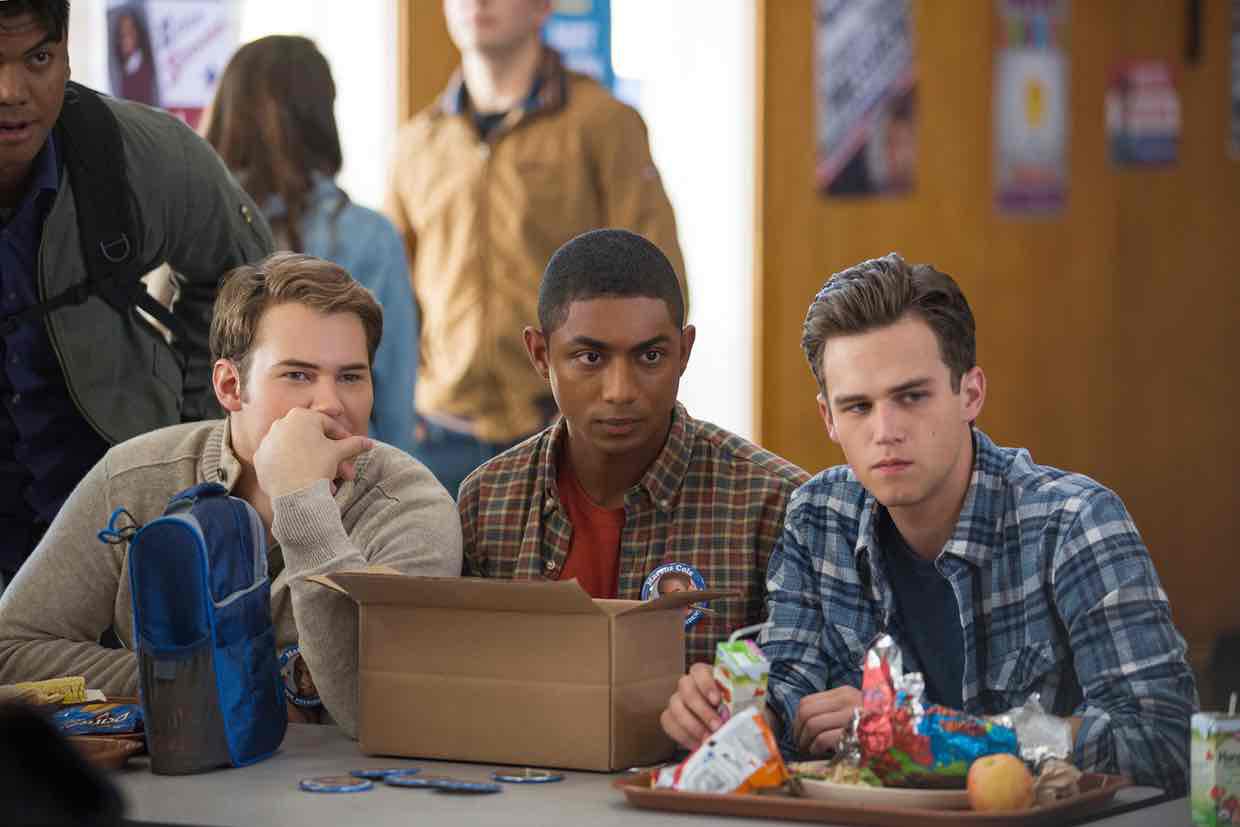 Words that are too hardcore for adults, but so easily deployed by teenagers, even as friendly banter. Have you never heard of girls utter rhyming slogans such as “Hos before bros” and felt your skin crawl at how naturally they accept what is essential a derogatory term?

I left teaching just around the mid-Noughties, thankfully before the advent of selfies, Snapchat and sliding into DMs, and even then there were a few incidences of circulation of sexual images – dick pics in layman’s term, often addressed by house assemblies talking about the legal and ethical implications.

What the house assemblies couldn’t address or what I came across time and time again were girls, growing into their bodies, growing into adolescence, desperate to fit in, to look a certain way, to be loved. Place them into hothouse of high school where fragile egos and rampant hormones clash daily, where not only boys but even girls are trigger-happy with sexualised language, the end result is not always as drastic as rape or suicide but a wide array of issues often considered too taboo to make it into the mainstream still – body dysmorphia, self-harm, depression.

Of course I am all too aware that, that young man are equally prone to emotional traumas as young women, not all victims of sexual harassment are suicidal and not all suicides are a result of sexual harassment. The reasons someone commits suicide are far more nuanced, varied, complicated. Regardless, suicide attempts amongst high school rape victims are not an anomaly as depicted in the Netflix documentary Audrie & Daisy, which tells the real life story of fifteen-year-old Audrie Potts hung herself after photos of her sexual assault were circulated by classmates, and two young women interviewed in the documentary, Delaney Henderson and Daisy Coleman, both attempted suicide multiple times after being assaulted and then bullied when they spoke up about it.

However, in my experience working with adolescents, I have seen the effects on self-esteem of the pressure to fit in, to constantly be measured up to standards they can’t fully grasp, to be accepted by peers they don’t fully know and liked by boys they won’t care for in a decade’s time. Even with no instances of bullying, harassment or sexualised behaviour, such pressures are often enough to lead a young girl to the edge of behavioural disorders and self-harming behaviour. Add in some of the elements 13 Reasons Why turns the spotlight on prevalent in most schools today, you’ve got the making or rather the breaking of more Hannah Bakers.

In the USA, suicide is the second leading cause of death for ages 10-24, with an average of over 5,240 attempts daily by young people grades 7-12. While male adolescents commit suicide at a rate five times greater than that of female adolescents, females are three times more parasuicides (attempted suicide). A possible reason for this is the method of attempted suicide; while males typically use firearms with a 78-90% chance of fatality; females usually use different methods, such as drug overdose, which are usually less effective.

Addressing her oppressors, Hannah at some point says, “I know there is some of you who feel there is something I could have done or should have done.” I honestly think Hannah could have made different decisions, but this is assuming she would have a thicker skin and a greater self esteem than most girls her age can muster. There is loads we can and should do though starting with raising boys who respect girls and girls who have the grit to withstand the sharpest cut of the male gaze.