Since the news broke out that Instagram was launching Instagram Stories, a new update which seems a copycat version of Snapchat. Instagram stories allow users to share images and video content through the day which will be visible for 24 hours only and then deleted; not only that you can also scribble and doodle all over your images before posting them. While your story won’t show up on your photo grid, you can pick a moment to share on your profile if you feel like it before it gets wiped off for eternity. So far, so familiar, right? 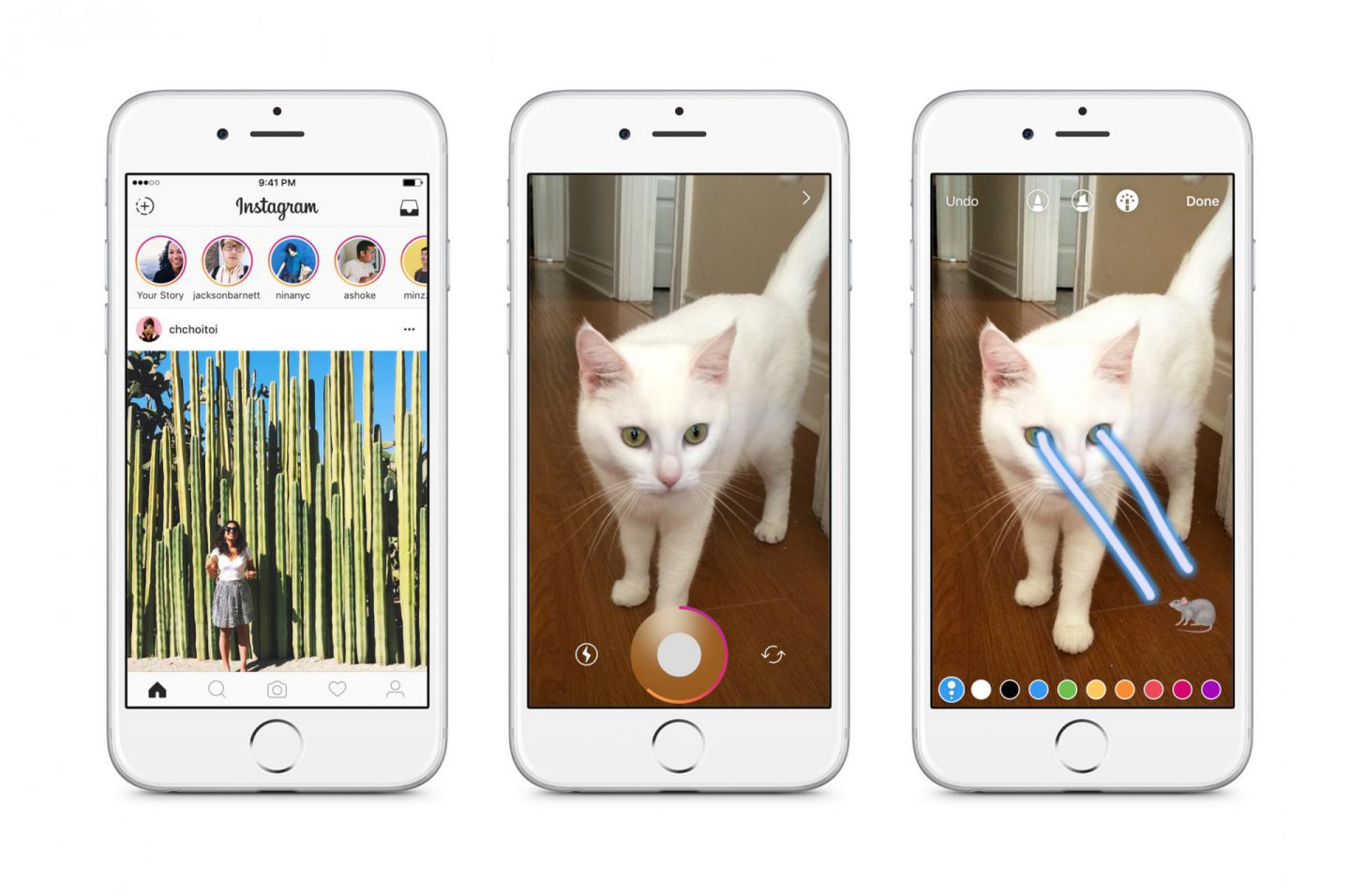 Since the launch of Instagram Stories, social media has erupted with #InstagramStories and a myriad of funny memes of Snapchat and Instagram rivalry. And it seems, the underdog, Snapchat, is winning – despite the fact that they also were ever so slightly inspired in their new update last month mimicking Facebook’s ‘Memories’ feature  – the social media support. Boasting more than 400 million active monthly users sharing 80 million photos each day, which in turn generate some 3.5 billion daily likes, Instagram is not likely to lose any sleep over the outrage though.

While many of us are so hung up on how Instagram snatched the whole Snapchat concept and rehashed it as an upgrade, we seem to forget all the other times, the social media platform has let devoted fans down and even lost users, so here’s a quick recap.

Hard to imagine now, but before the ‘outfit of the day’ posts from fashionistas and #foodporn images of healthy meals – how many angles can you photograph an avocado from? – Instagram was home to serious-minded photographers. Then came the outrageous announcement that its users would not be compensated for the commercial exploitation of their posted photos. The original announcement, made on 17 December 2012, generated such an outcry that Instagram withdrew the policy from its user terms of agreement the very next day, but the damage was done. Many professional photographers decamped to other photo sharing apps vowing not to trust Instagram again.

Instagram not only outraged users but inadvertently reinvigorated a whole campaign – #freethenipple – when it took offence to the female nipple but not the male counterpart. Cue celebrities and us commoners alike who protested with flooding feeds with nipples, fake nipples, male nipples and bras featuring illustrations of boobs. Instagram’s Community Guideline’s demands of its users, “Keep your clothes on.” However, this rule seems only to apply to images that contain women’s nipples as they are promptly removed by Instagram unless the areola itself is covered. In contrast, photos featuring topless men are generally not subject to this regulation. Miley Cyrus, Madonna, Chelsea Handler and Rihanna all felt the backlash which resulted in Riri boycotting the social media platform after it repeatedly deleted photos of her risque photo shoot from the French magazine Lui. Sadly, Instagram is still nipple-free but in other happier news, Riri is long back.

Mid-2015 Instagram came under fire once again, this time blocking the #curvy. An Instagram spokesperson said the ban had nothing to do with the word “curvy” itself, but was result of a blanket ban on certain hashtags, used to share content that goes against community guidelines. In this case, the hashtag #curvy was used to violate their nudity policy. Amongst those who criticised the double standards imposed by the platfrom was activist Sam Roddick who told HuffPost UK Lifestyle that this move is regressive:

They have banned images of breast feeding, stretch marks, domestic images of menstruation and classical art works that respectfully portray nude women and now they ban the hashtag #curvy. While they allow bitch, fat slag, hookers, thin — this is not a safe platform for women and especially young girls (as we all know Instagram is populated with nude images of young women effectively selling themselves sexually).

Early May saw an ad hoc rebrand as Instagram not only adopted a camera illustration set against a gradient of sunset hues replacing the cutesy retro camera but also changed the user interface to a more minimal black and white design, ditching its signature blues. Instagram claimed that the old retro icon looked outdated and irrelevant as many of the platform’s users had ditched the filters – which was part of the platform’s throwback to old school photography along with its old logo, but most of us were unconvinced.

Another month, another update – this time it was our feeds Instagram had it in for as the early June update played havoc with our feeds as Instagram decided to show users the photos it thinks they want to see rather than those most recently posted. Along came a huge outcry from users scared that their images would no longer be seen. Instagram claimed to have initiated the change to help users keep up with the volume of photos shared to their feeds every day, but we begged to differ.

There you have it, all the times Instagram let us down and we vowed to boycott the platform, only like Riri, we keep coming back time after time.