How’s that for a presidential look? Last 24 hours saw not one but two ladies slaying in red – Hillary Clinton and Duchess of Cambridge.

Of course by now, you would have read countless commentaries on Clinton’s performance at the first debate in the run up to the US presidential elections, including those on her red Ralph Lauren power suit (check here and here). Amongst countless reactions on Twitter, one in particular caught my attention:

I see Hillary has come dressed in the blood of men who have underestimated her.

Indeed as her effortless putdown when confronted by Trump’s accusation that she had spent the last week at home instead of engaging with the electorate (“I think Donald just criticized me for preparing for this debate. And yes I did. You know what else I did? I prepared to be president.”) showed, she hadn’t come to play. She had come to slay. 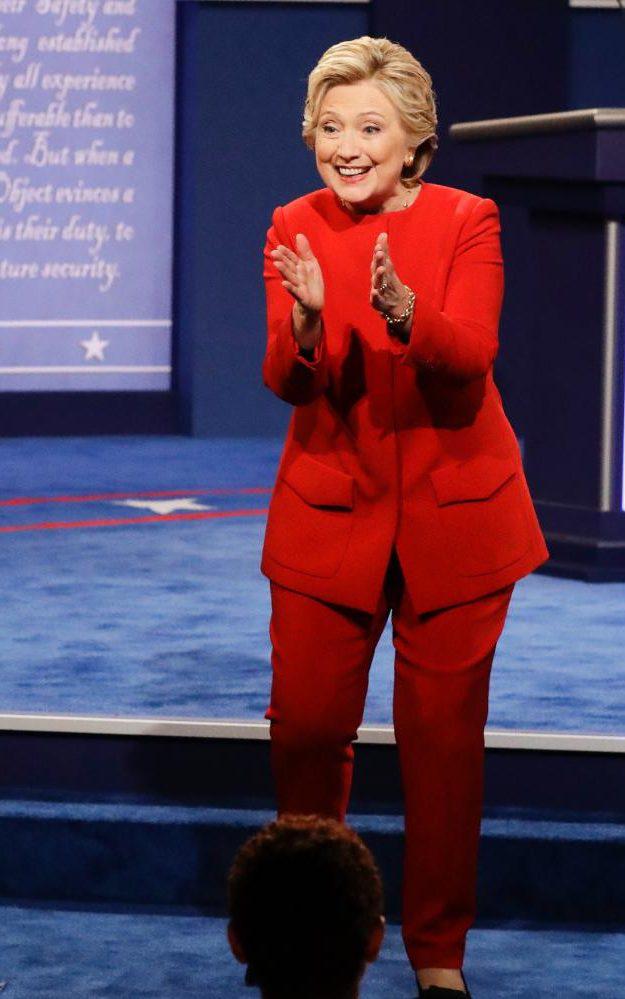 “The upshot is: what we choose to wear says something and, instead of trying to ignore the undeniable impact of presentation, Hillary took that and made it work for her. She chose red. The primary color with the longest wavelength. A color that symbolizes love and war and passion and fire and power and stop. A color that says pay attention.”

In colour psychology, red is often associated with victory, assertiveness, passion and attractiveness. Hilary was powerful enough, with her body language, her killer smile and her verbal repartee; the red suit and the red lipstick were almost the non-verbal cues for those who needed them. 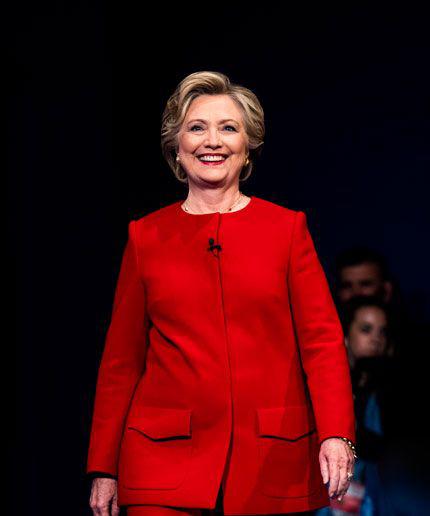 What is more, Clinton’s fell swoop came days after she mocked Trump’s trademark “red power tie” when she was asked her thoughts on what her opponent might be wearing. A majestic act of reverse psychology to dissuade Trump from her signature look and trump him, showing up to the big day in his favourite colour? Evil genius!

Elsewhere a few thousand miles up north, Duchess of Cambridge was dazzling in a £1,000 red dress by Preen as she attended reception for political and civic leaders in British Columbia – a historic reconciliation ceremony with Canadian First Nations groups last night. 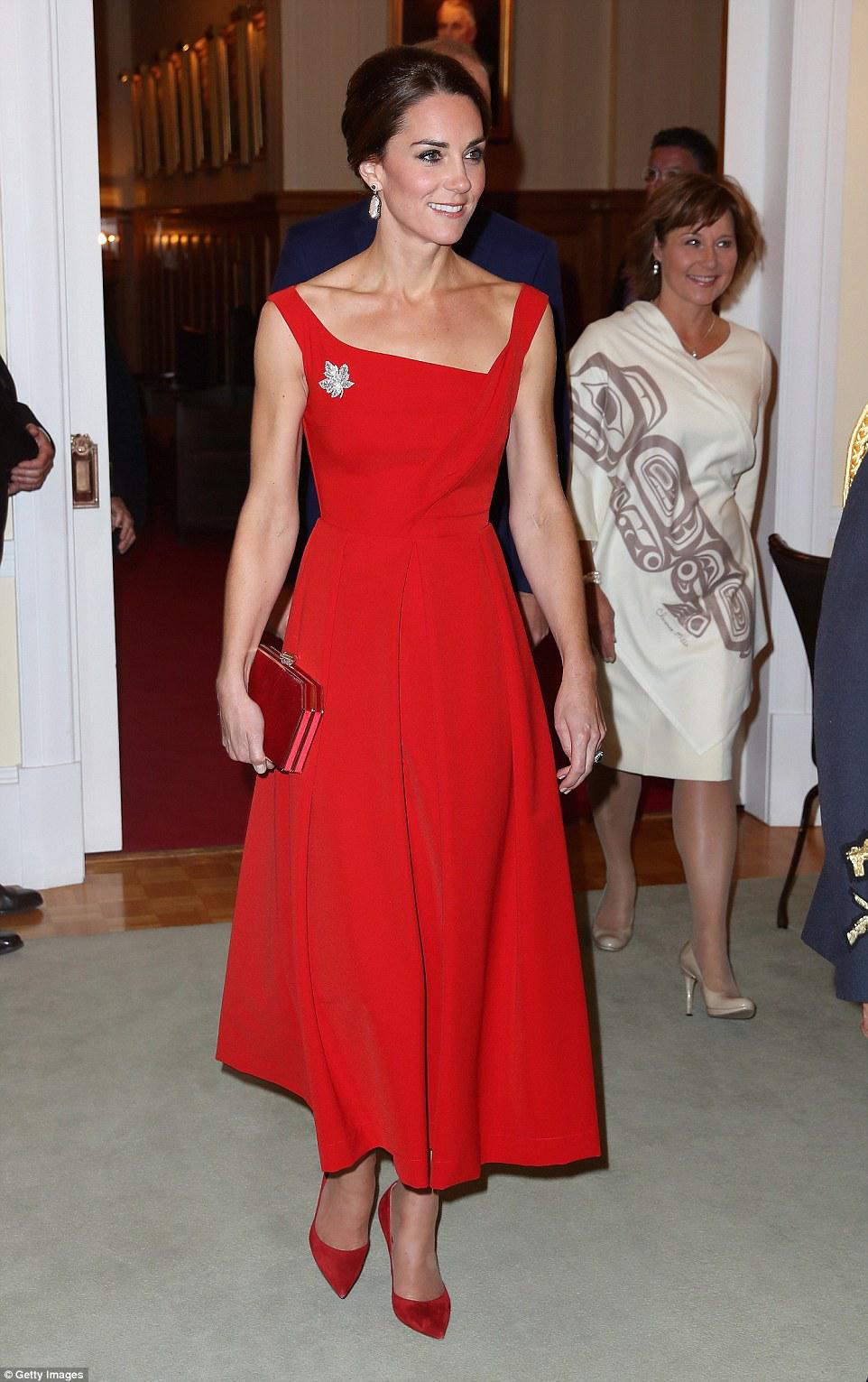 She accessorised the full skirted red midi with draped bodice and asymmetric neckline with red suede heels and the royal family’s diamond maple leaf brooch, given to the late Queen Mother by her husband, King George VI, to mark the state visit to Canada in 1939. 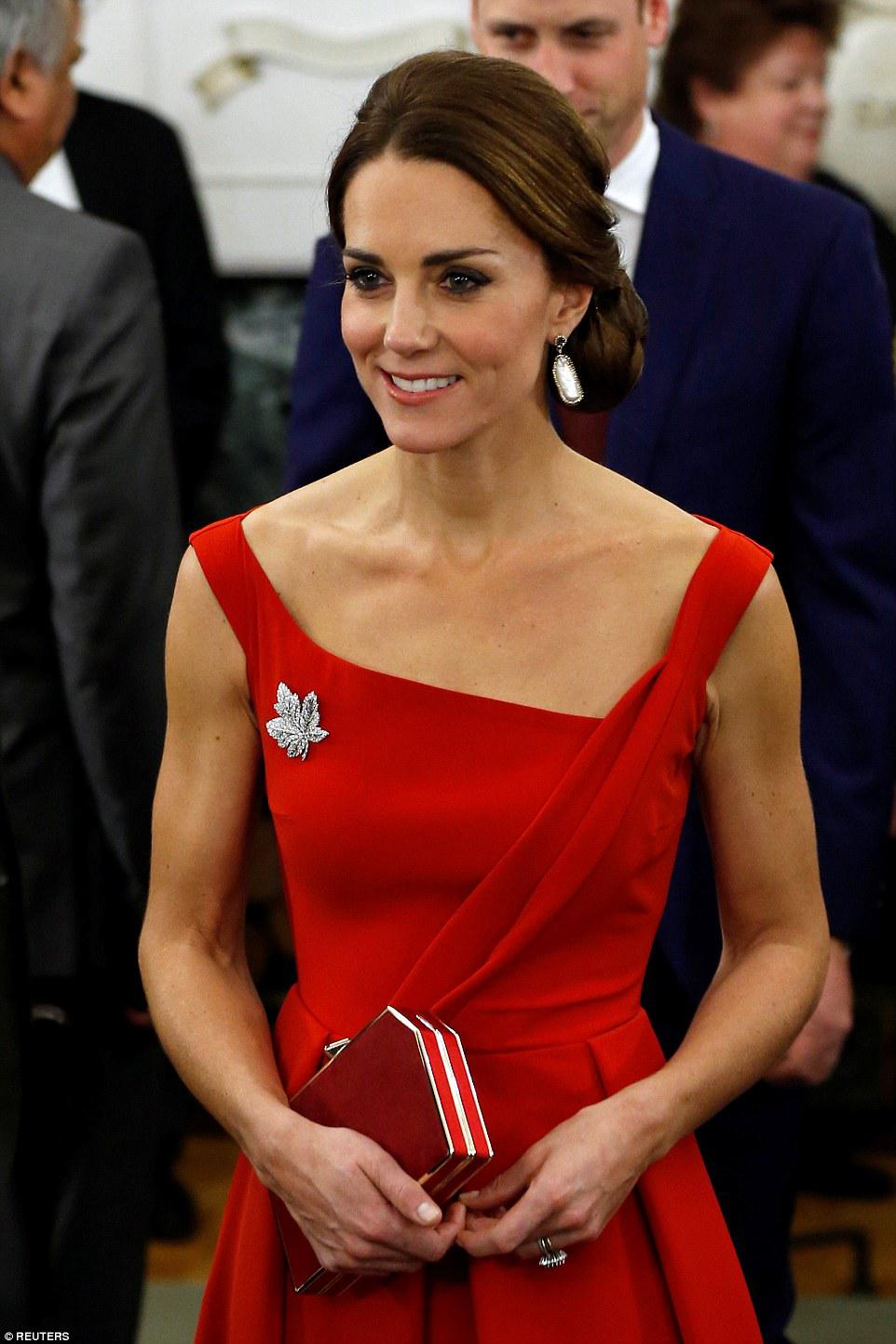 While there may not have been a presidential debate on the cards for the Duchess, any woman who knows her style knows that when in need of bit of confidence boost, the colour to reach for is red. And there’s no doubt Middleton’s top to toe red scream confidence. 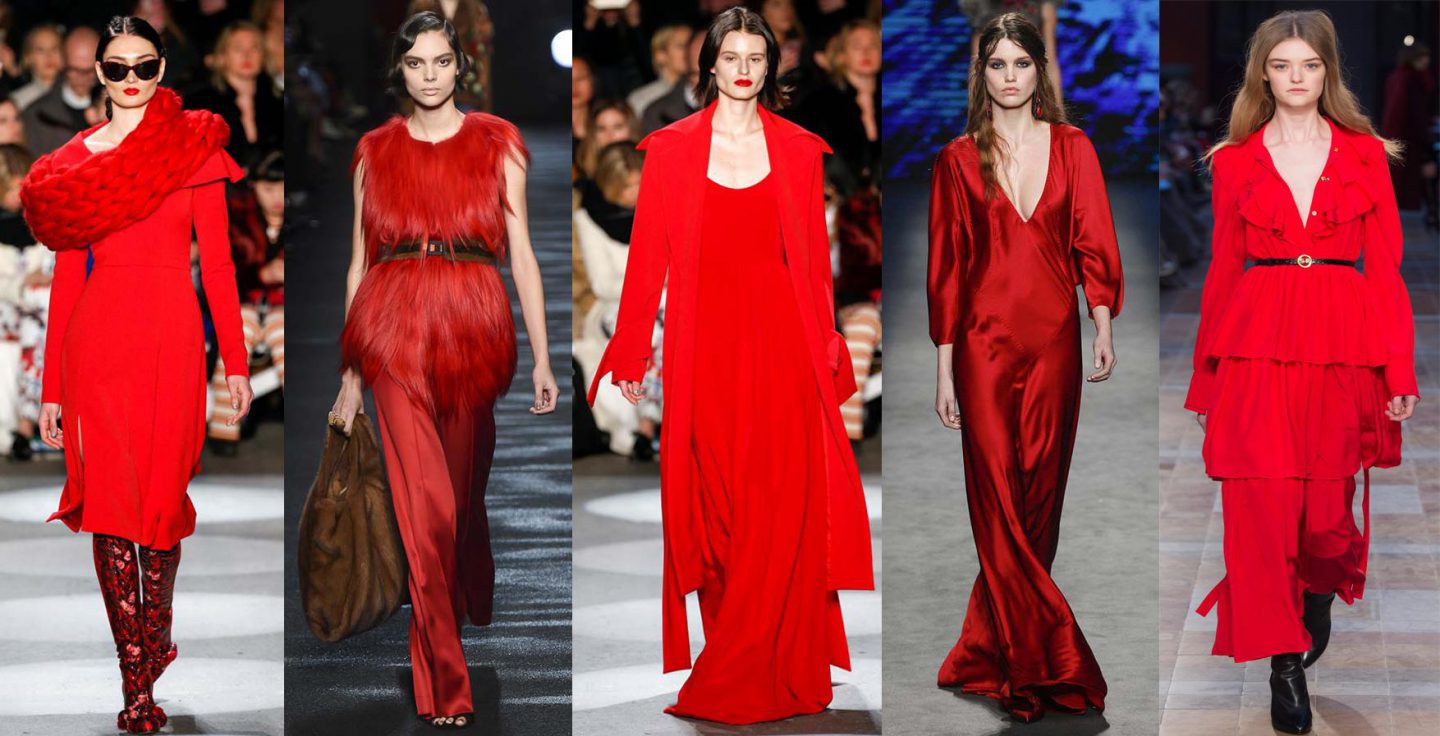 Red is one of the top trend of Autumn 2016 of course, and the high street is awash with to colour so whether you’re after a power suite for that all important board meeting or after a glam designer dress for a high profile evening out.

This instant mood lifter is also bold, brash, belligerent way of screaming “Look at me!” What a power move!