The Replacement, three-part BBC series, started with such great promise three weeks ago. With a penchant for unstable, psychotic females on screen and on page (read my review of last year’s blockbuster bast on the bestselling The Girl on the Train here) I was immediately intrigued by the premise of Ellen, a successful architect, preparing for her maternity leave, being ‘replaced’ at work by Paula, the eager beaver keen to come back to work after a decade as a stay-at-home mum who begins working her charm on everyone – the client, the colleagues and the boss – but not all is as it seems as Ellen starts seeing through Paula’s cracks.

The miniseries promised so much with the explosive cliffhanger of the first episode followed by a second episode which was all but predictable offering no twists. Tuesday’s finale, though, was an absolute letdown. The director, it seems was more interested in wrapping up all the loose ends as fast as he could in an unsatisfying end, which felt like a rushed effort to cut short what should have been another two episodes’ worth of material.

Contrary to Mail Online’s Christopher Stevens who wasn’t sure until the last episode whether it was maternity-cover architect Paula (Vicky McClure) or new mother Ellen (Morven Christie) who was the more deranged, I was most certain throughout the series Paula was the raving loony manipulating her way into Ellen’s job and her life. The problem with the finale is that while Paula’s engineerings and how she puppeteers those around her felt mostly plausible in the first two episodes, the last stretch proved too much of a stretch of the imagination.

The ghost of Caris

We learned in the first five minutes of the final episode Paula’s daughter Caris was in fact dead, leading us to put into perspective her deranged behaviour. Cue psycho-babble on ‘coping mechanisms’ and ‘displaced grief’ which still just about proved acceptable were it not for the plot completely losing the plot in the next half hour. 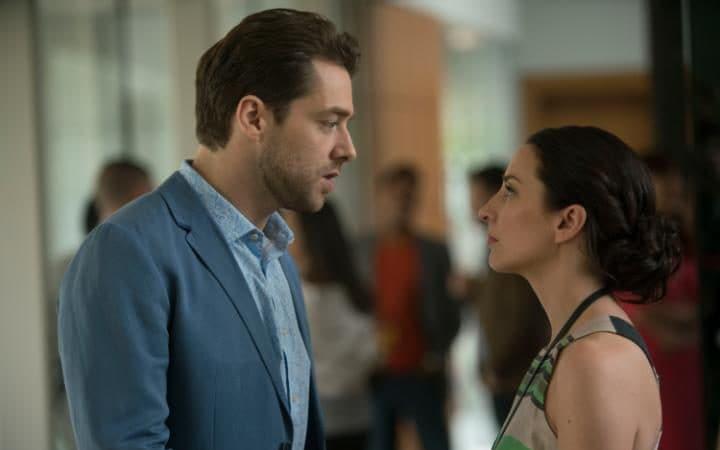 Just how easy was it for Ellen’s seemingly solid and reliable husband Ian (Richard Rankin) to lose the plot and turn against his wife without ever questioning Paula’s allegations that newborn baby Lia was the result of an affair between Ellen and Kay’s suave other-half David (Dougray Scott) or the motives she may have for lying. Here is a professional psychologist who analyses human behaviour for a living and yet fails to see manipulation as it smacks him over the head, then takes him for a walk in the park before playing happy families with his baby?

From dashing architect to moody misanthrope

Equally implausible was Ellen’s boss David’s (Dougray Scott) transformation from the dashing architect and commanding yet jovial boss to moody, soppy man with unrequited passion for his brilliant protégé. Ellen had never betrayed Kay’s and Ian’s trust, that was certain, but David’s sudden revelations of his feelings for Ellen, then his implausible oscillation between attraction and anger made for a feebler shadow of the man he used to be. 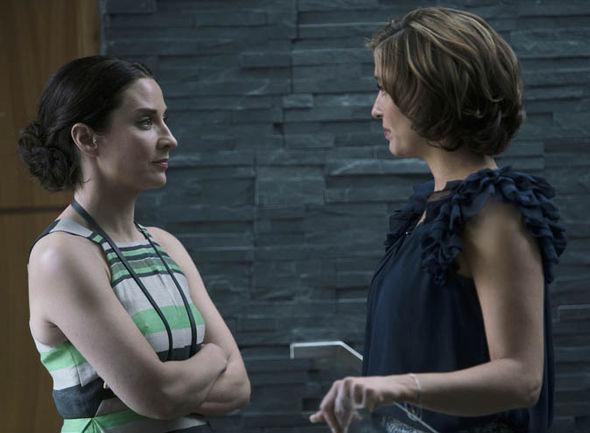 A public library and no CCTVs

I might have handled whatever improbability the final episode of The Replacement threw my way were it not for the scrap at the grand opening of a library whose design had been Ellen’s brainchild, when Paula theatrically threw herself down a flight of stairs and accused Ellen of pushing her. Ellen once again painted the villain, social services gave custody of Ellen’s baby to her increasingly annoying husband.
Georgia’s secret is finally out

In a hasty dash to tie up all the loose ends, in yet another revelation that stretches our suspension of disbelief to its limits, we find that Georgia who’s been avoiding Ellen since she made contact with her in episode 2 after finding her number on Kay’s phone was responsible for the death of Caris but was let off the hook as her child had leukaemia and she had been rushing to the hospital when she hit Paula’s daughter in a road accident. Kay had found out the truth and wouldn’t shut up about the dead girl; unable to take it, Paula had sent her crashing through that skylight.

As deranged as you may have turned, if you are a dad who has sole custody of your baby, convinced that your wife is not to be trusted with her, would you then leave her in a carrycot that was sitting on a first-floor balcony and go off to make lunch?

There was yet room for more implausibility in the final denouement when Paula made Ellen listen to   a wailing baby Lia over the baby monitor and presented her with a fistful of sleeping pills to end her life, hence what she considered Lia’s misery being brought up by lousy parents. Ellen of course swallowed the pills, at which point I sincerely wished her to die as punishment for her stupidity. A raging lunatic offers you pills to top yourself and instead of fighting her in a 50/50 battle you give up?

Her name is Bond… Ellen Bond…

In yet another farfetched twist, Ellen wakes up from her stupor (the pills must have been out of date, huh?) and possibly fortified by the effect, she turns James Bond. After struggling to break what seems to be shatterproof windscreen, unfazed by the handful of pills she digested, she engineers her escape by hotwiring the airbag and at a point I hope she may have a hit and run herself driving under the influence, she drives all the way to the library – instead of the police station like any sane person would.