Following my first day out in Olney, only a few weeks later, I decided to spend an afternoon in the quaint little town of Stony Stratford, not to be confused with Stratford in Warwickshire. Before you ask, I’ll just put my hands up and admit to cheating by keeping my second destination within 10miles of Milton Keynes, but we’ve got to start somewhere, right?

Stony Stratford, also affectionally called Stony, is in the north west corner of Milton Keynes, bordering Northamptonshire and separated from it by the River Great Ouse. A place of settlement since at least the Roman times, Stony formally became a town when it received letters patent from King John in 1215. While the ‘jewel’ status may be questionable, it is by far the most pleasant part of the sleeper town I live in that is Milton Keynes, in my humble opinion.

The name ‘Stratford’ is Anglo-Saxon in origin, meaning ‘ford on a Roman road’. The Roman road in this sense is the Watling Street that runs through the middle of the town. The ford is the crossing of the River Ouse, and the prefix ‘Stony’ refers to the stones on the bed of the ford.

As most of the action happens around the high street, sightseeing around Stony takes no more than a lazy weekend afternoon. What it lacks in quantity, this little town more than makes up for in quality. 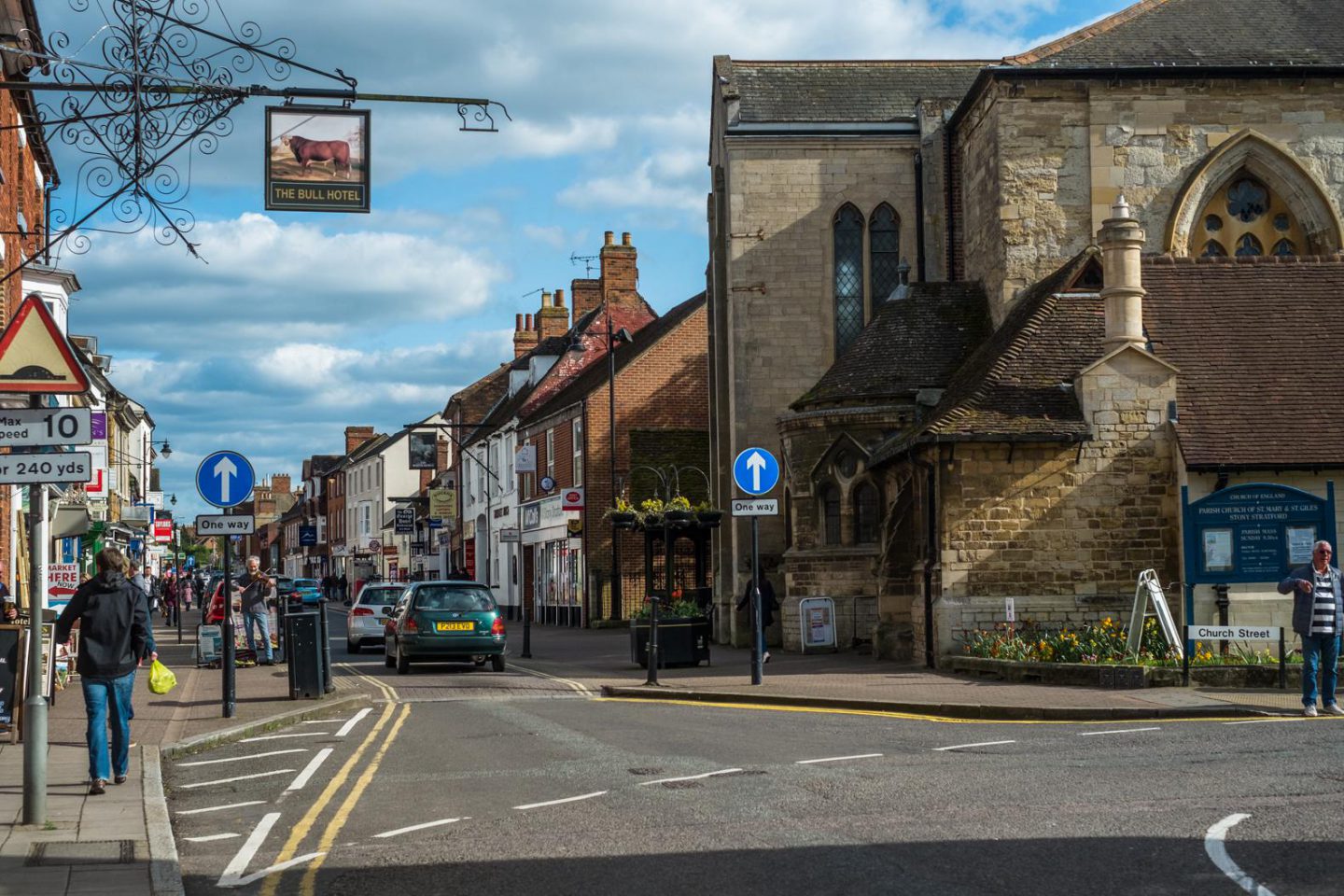 Coming from Milton Keynes your first view into Stony Stratford would be from London Road, with terraced houses on one side and allotments and the cemetery on the other with rows of parallel parked cars on either side. Once you’re at the roundabout at the end of London Road, you can immediately sense the change of scenery with the High Street taking you back in time. 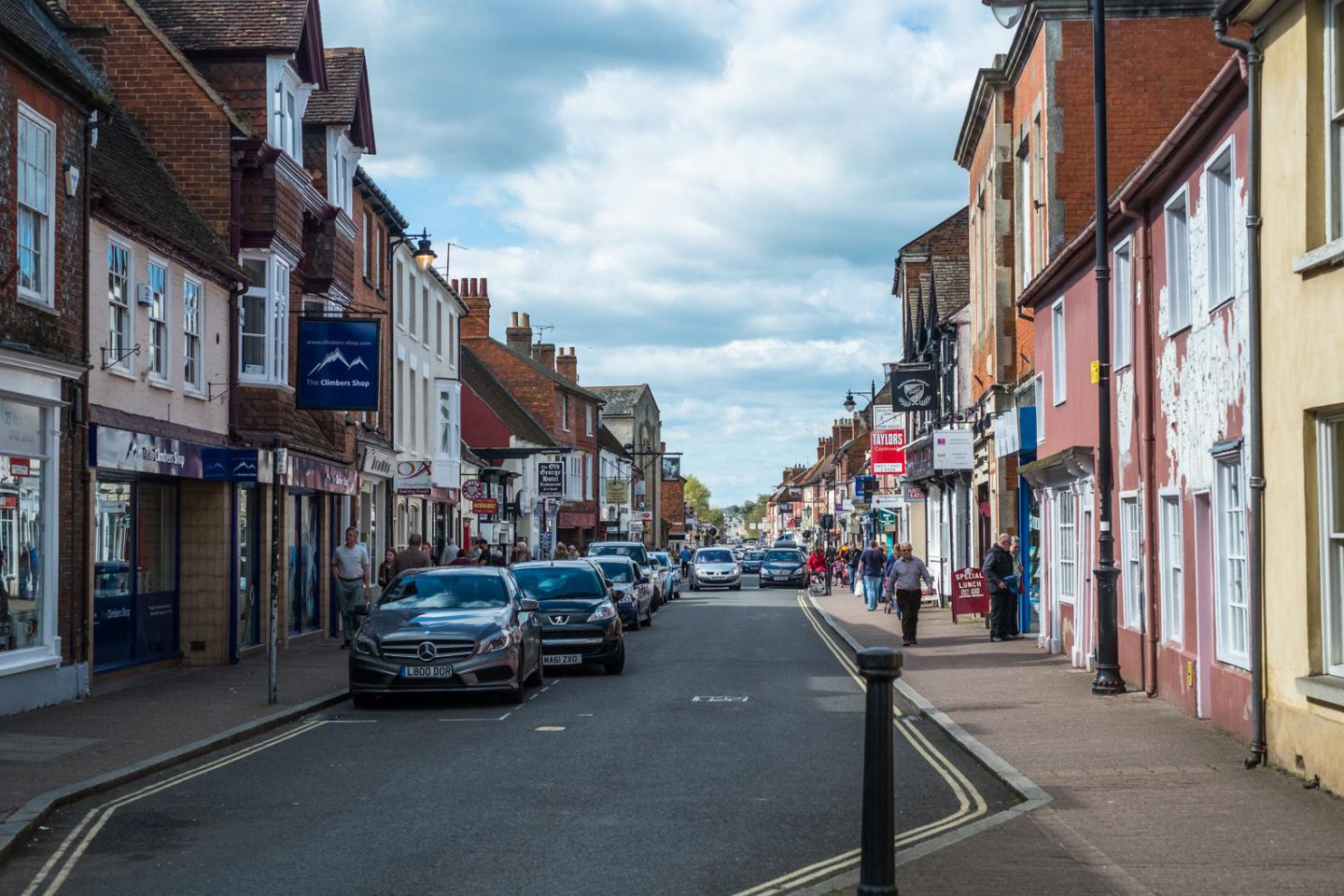 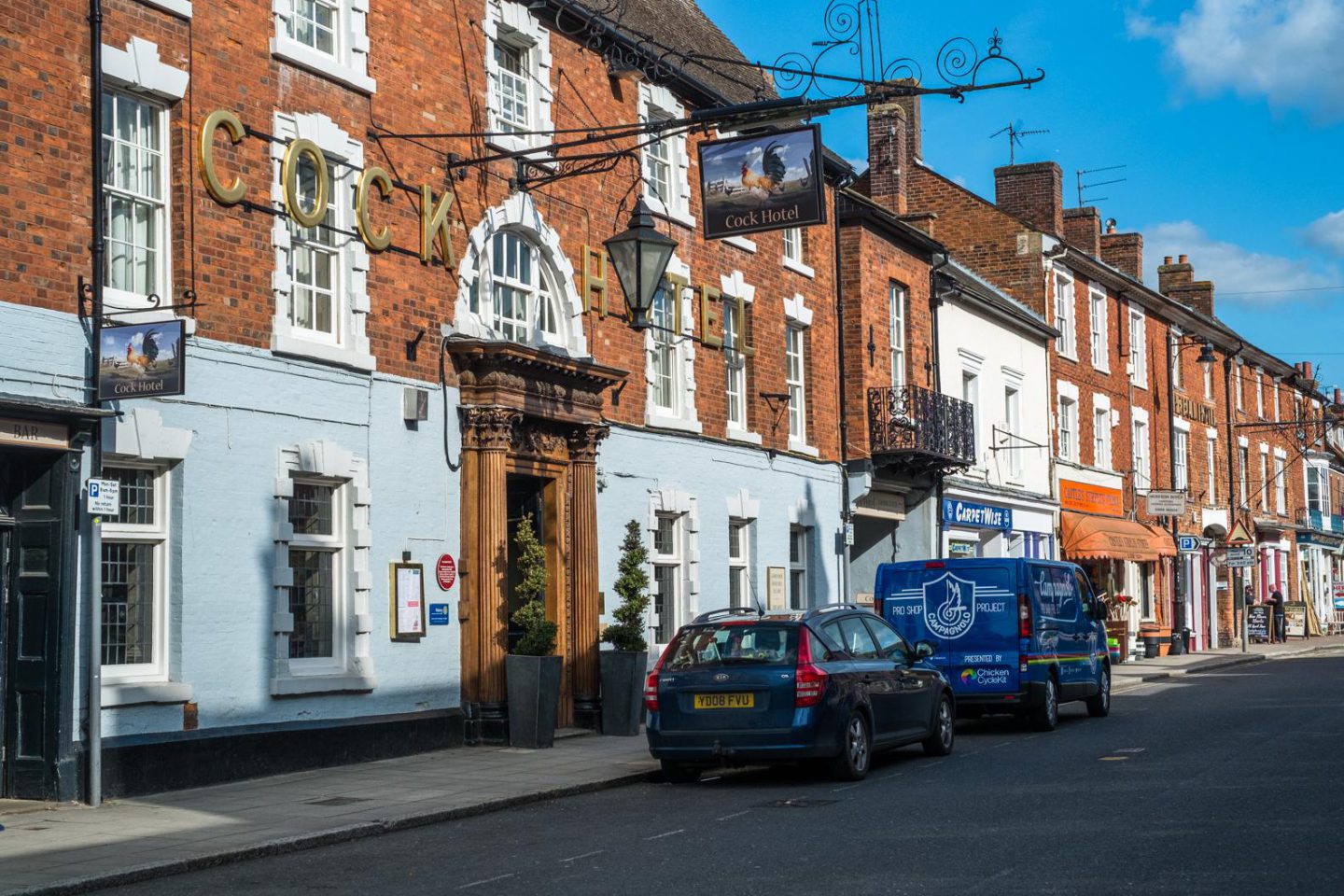 Since at least the 15th century, Stony Stratford was an important stop on the road to Ireland via Chester, becoming quite rich on the proceeds in the 16th century. In the stage coach era of the 17th and early 18th centuries, it was a major resting place and exchange point with the east/west route with coaching inns to accommodate coach travellers. One such is the Rose and Crown Inn while the other The George Hotel is not only one of the most picturesque buildings in Stony Stratford but also, dating back to 1609, one of the oldest surviving inns in the town. 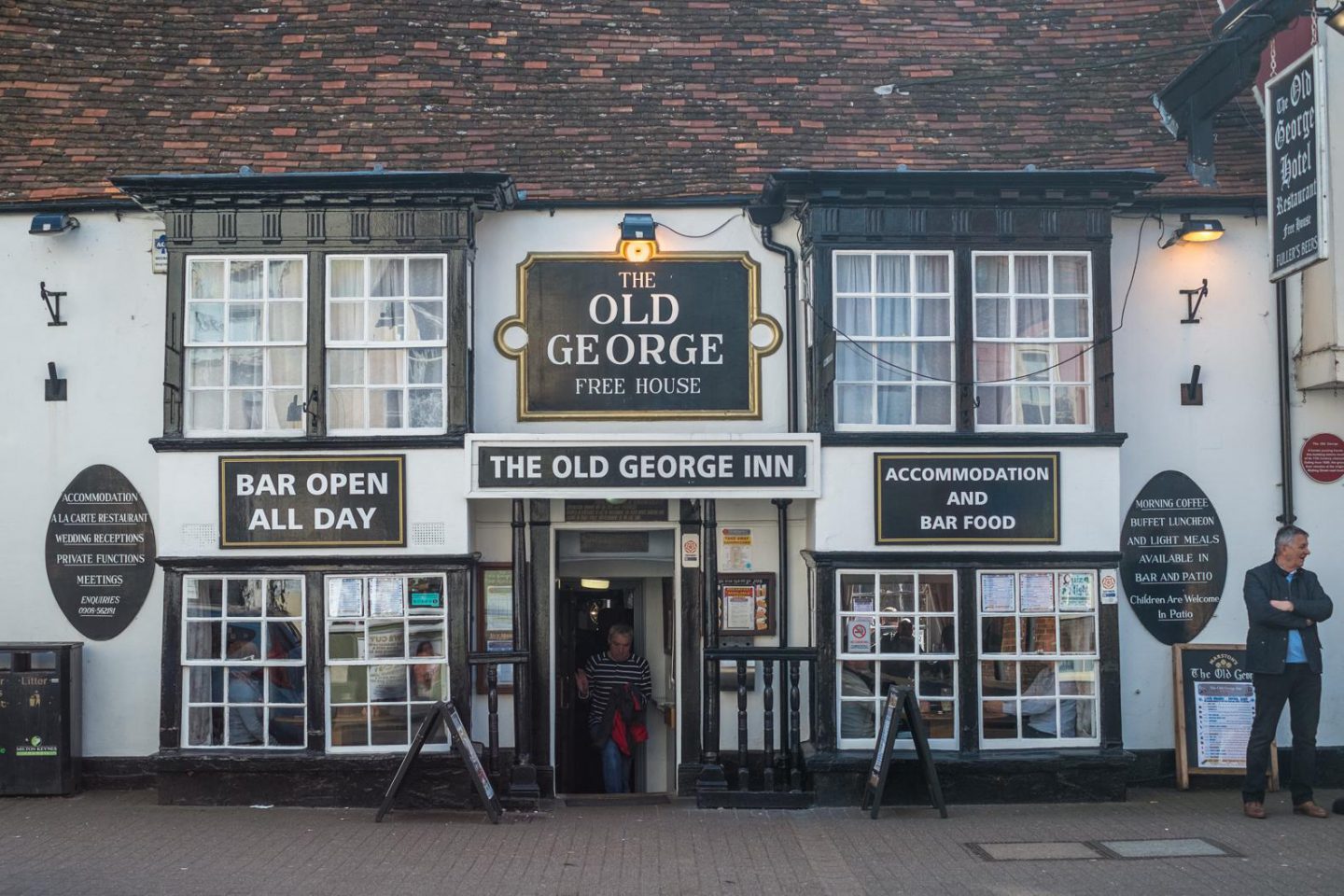 The are also The Cock and The Bull of course, believed to have inspired the the common phrase a cock and bull story which means a far-fetched and fanciful story or tale of highly dubious validity. 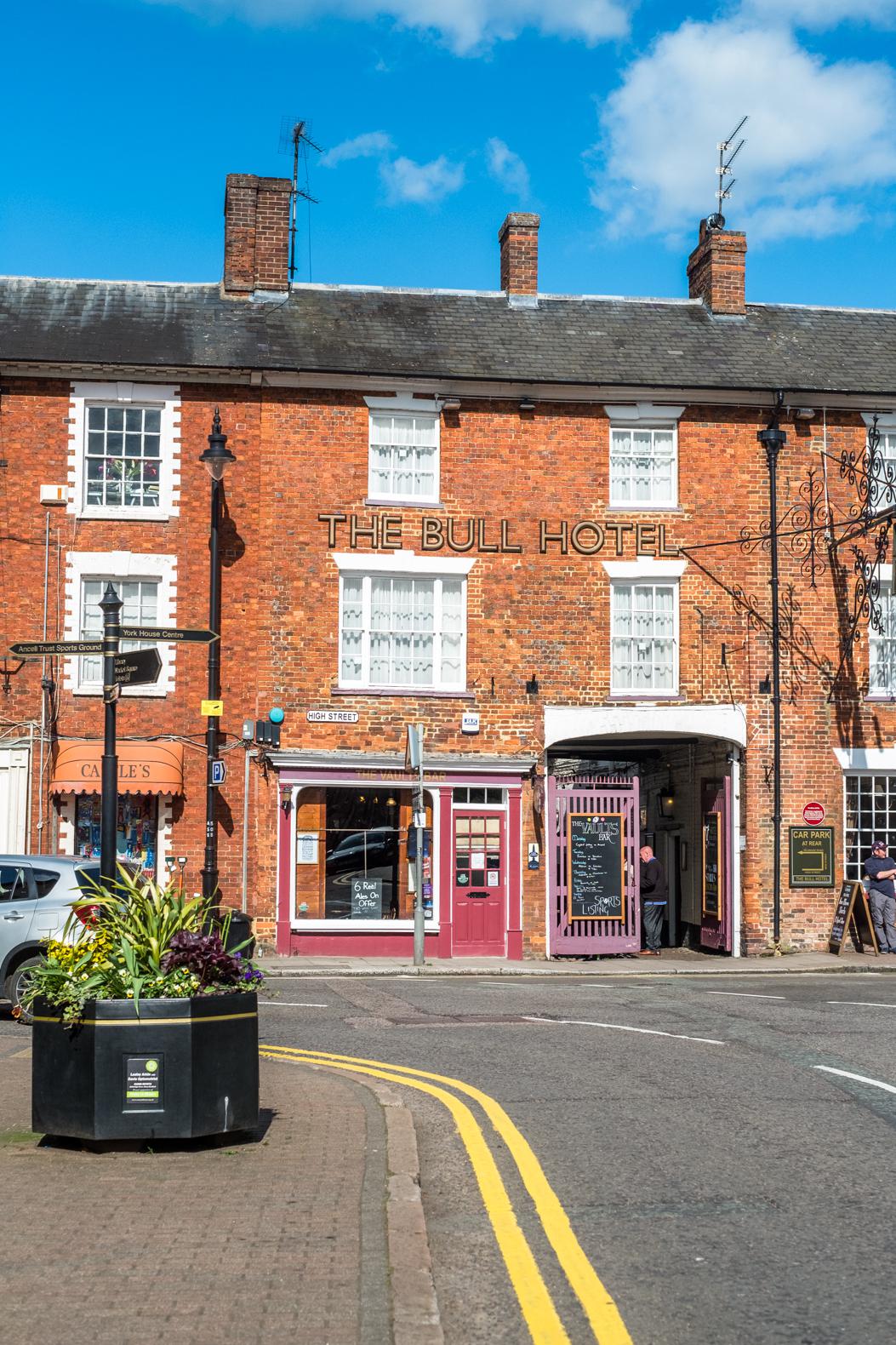 This of course is only one theory but don’t go blabbing about other theories to Stony Stratfordians who seem to have taken this as the gospel if this print in one of the many gift shops is anything to go by. 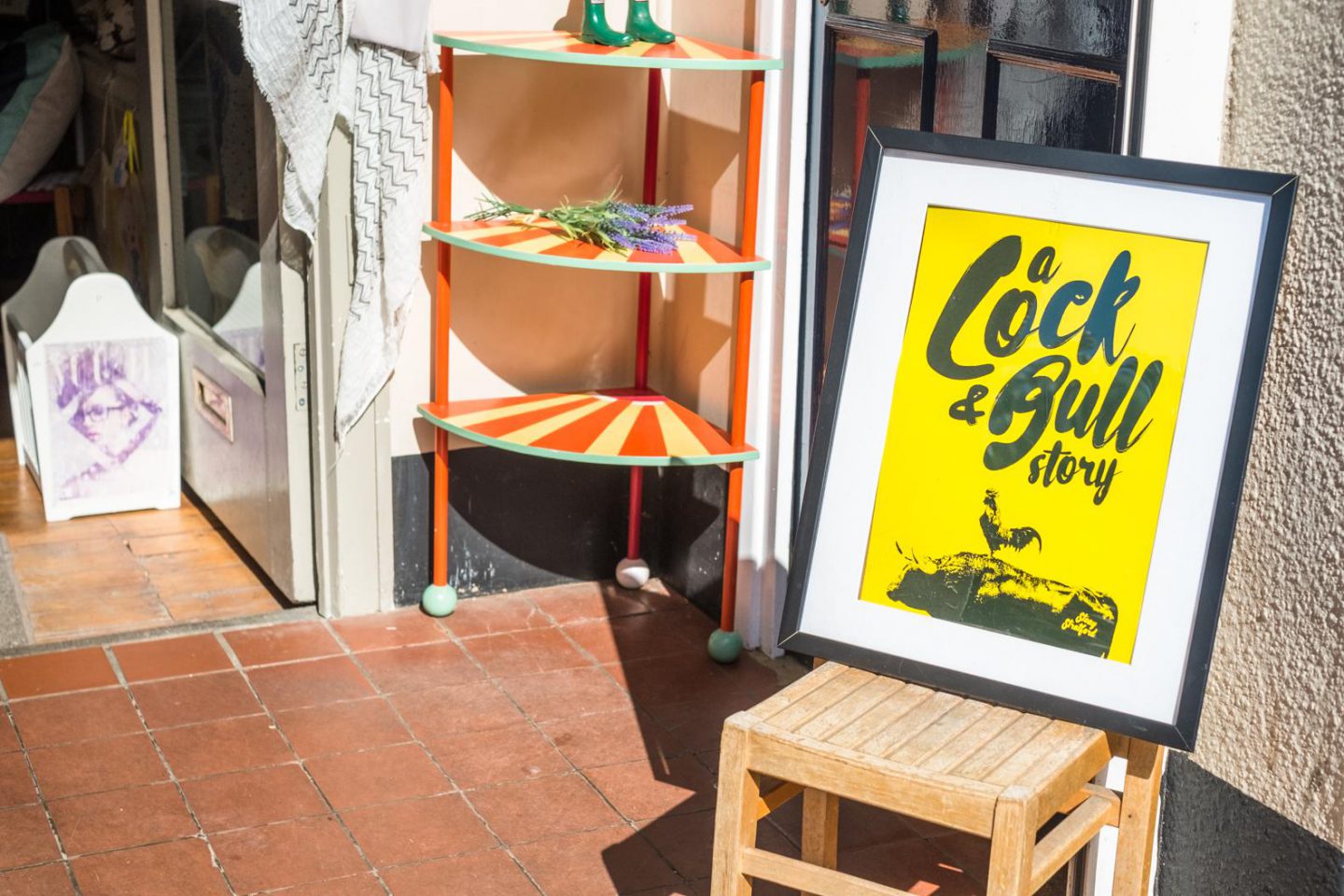 There is more to shopping in Stony Stratford than gift shops though. My personal favourites are the charity shops scattered along the High Street. Step into Oxfam and you’re sure to find a few great books as is the case with the Willen Hospice bookshop. Rummage through the British Red Cross shop or the second Willen Hospice shop a little further down the street and you’re guaranteed to find a few stylish steals. Age UK does not only offer some quality secondhand furniture but also a treasure trove for vintage lovers in the shape of Retro 23, their vintage corner. 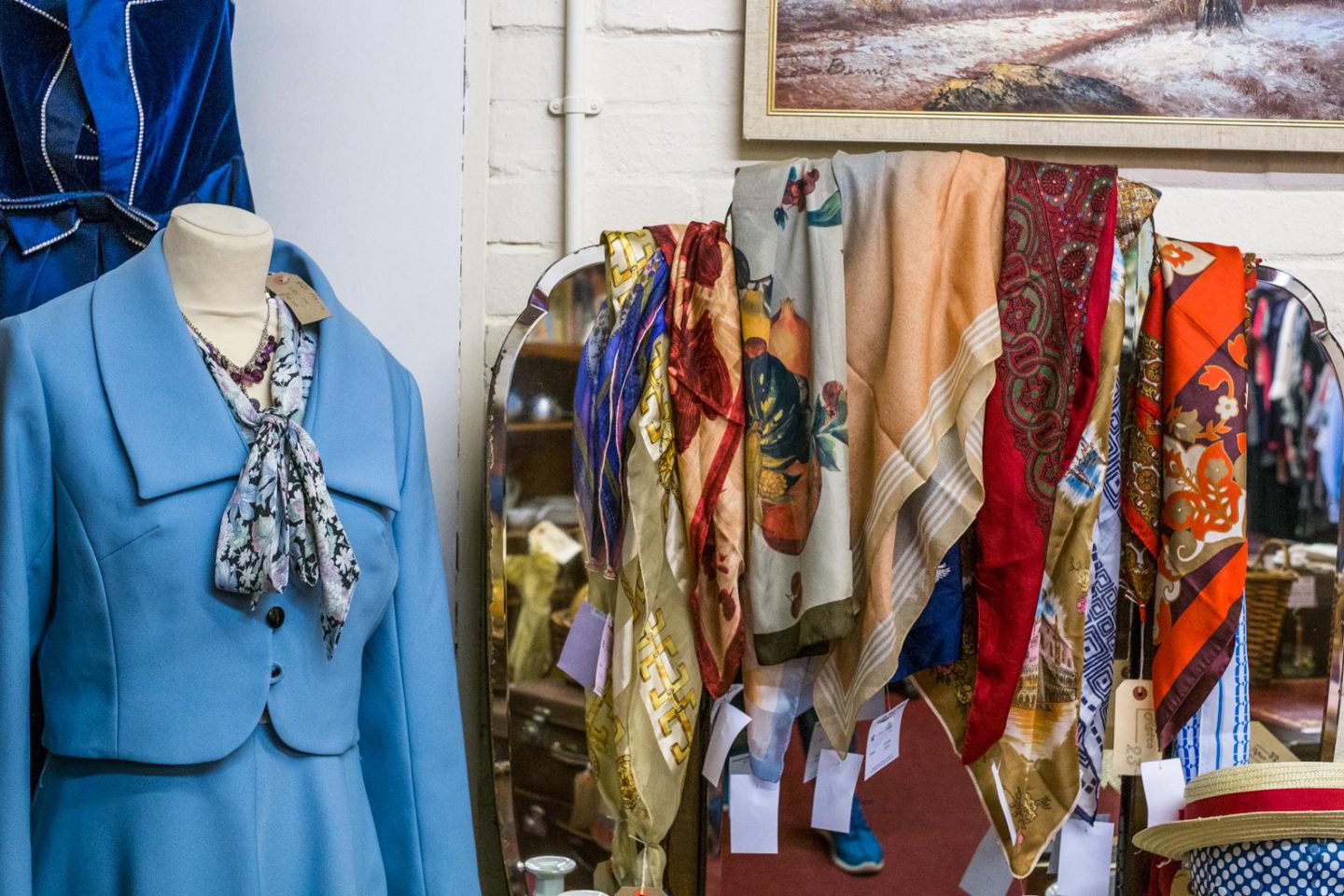 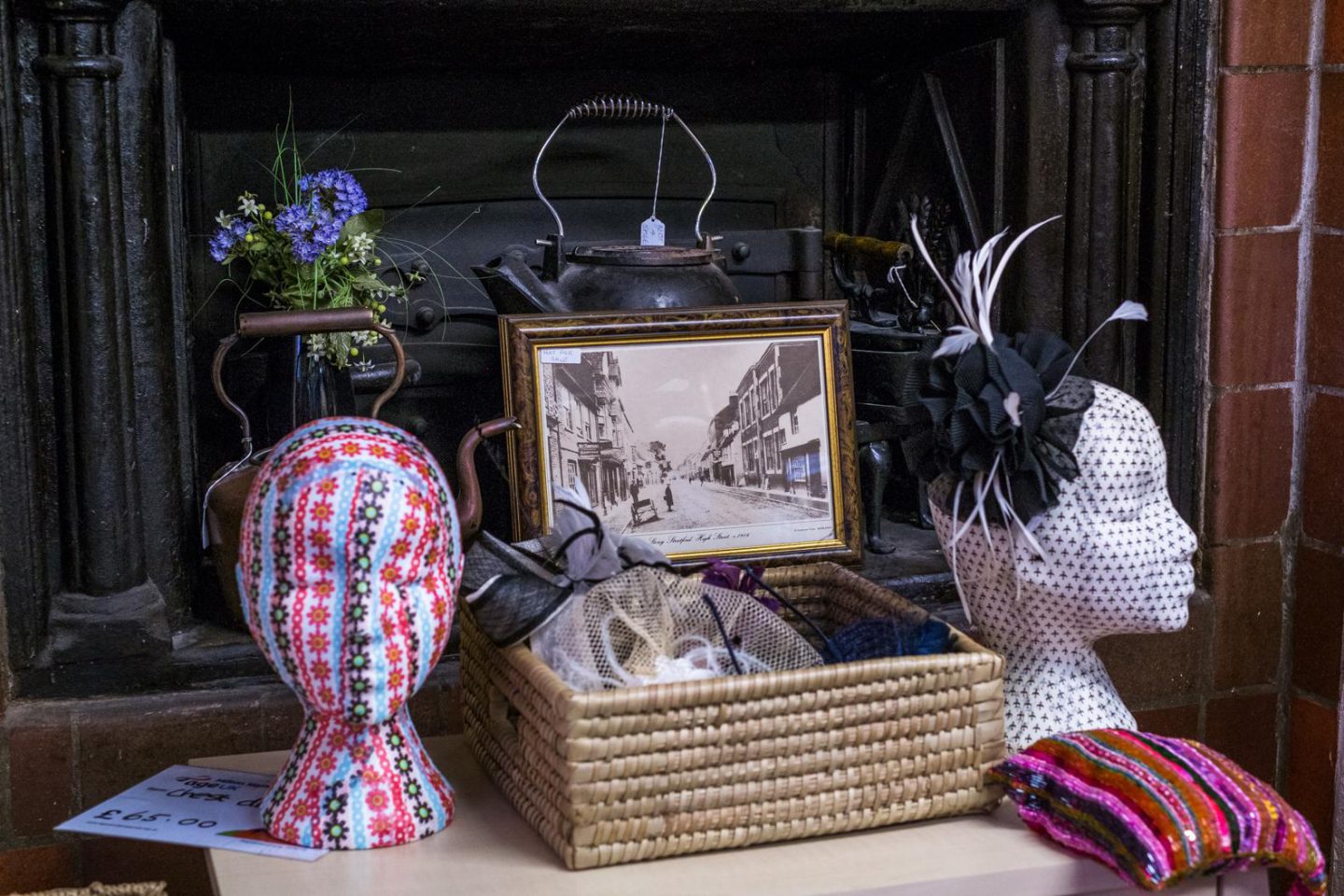 Another must for vintage lovers is of course Gone Retro, also on the high street, where you are always sure to find a cool piece of clothing or retro accessory. Unfortunately, on the day of my visit they were closed for Easter holidays but I am still hankering after this baby blue typewriter in the window (which I may have to go back for!) 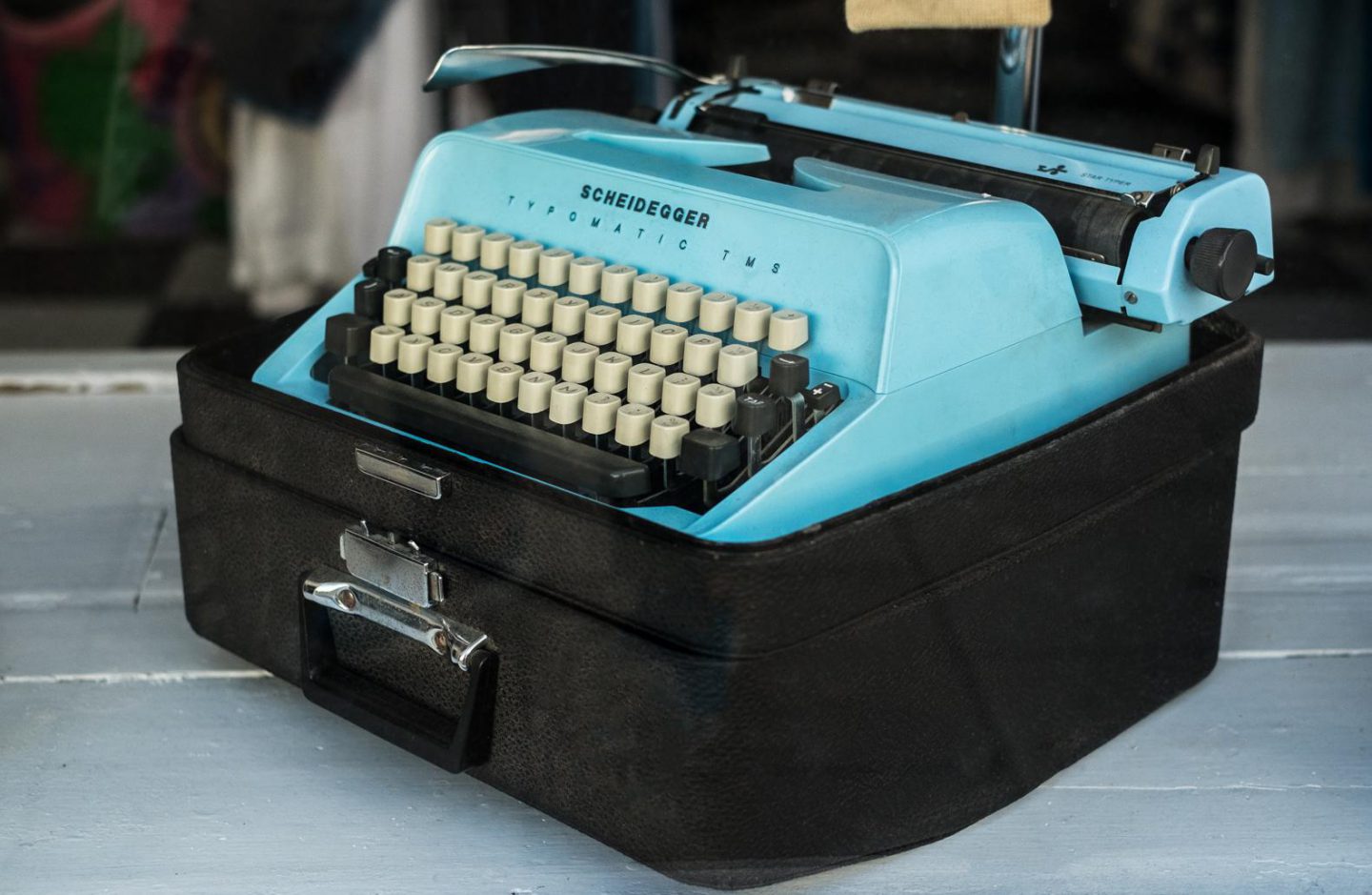 In search of more contemporary styles? Fear not, as Stony Stratford is home to quite a few independent boutiques such as Rags, Boutique Organica and Top Frock. 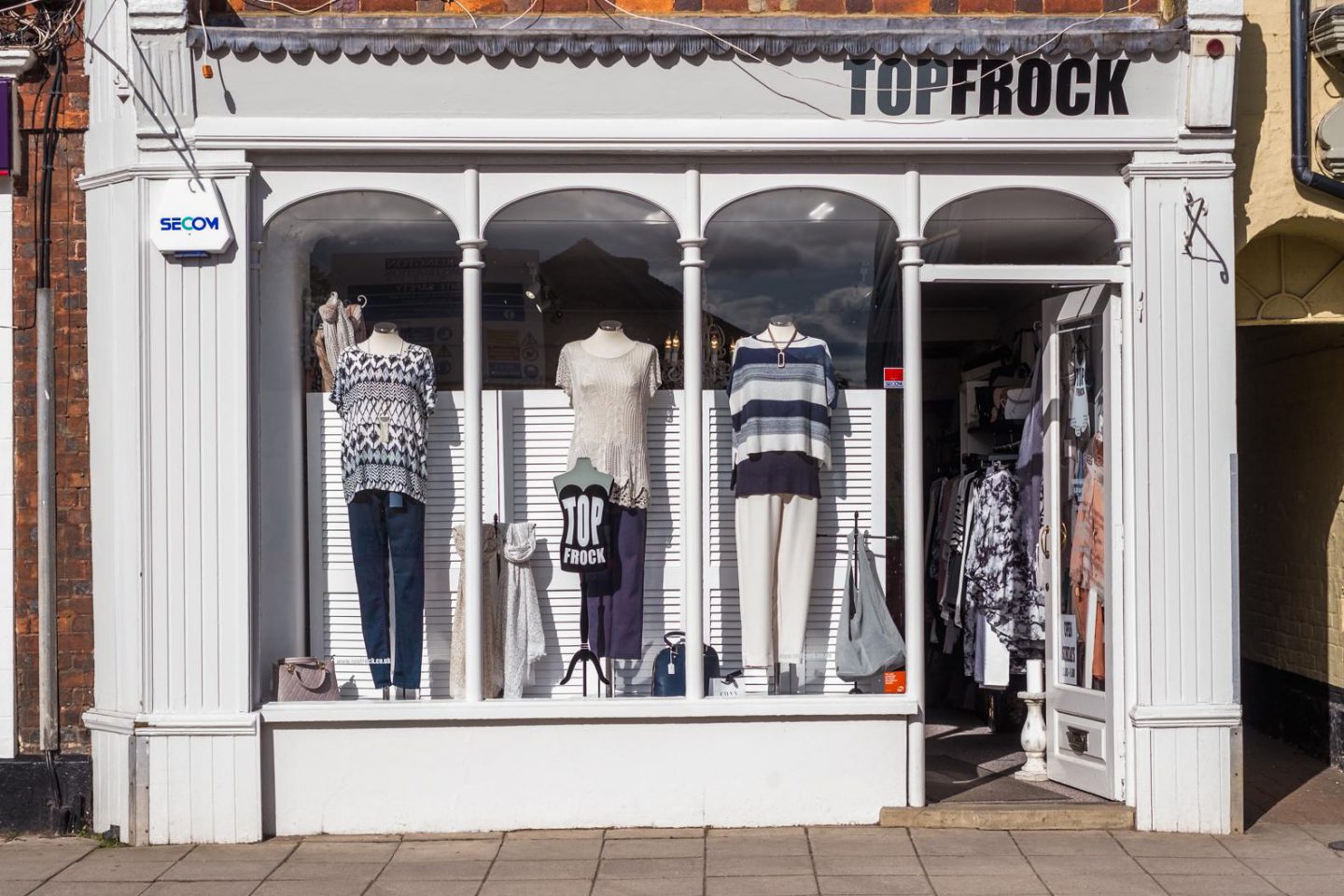 Head further north along the road and the street becomes more residential, with adjoining terrace houses and the occasional nosy inhabitant spotted in the window. 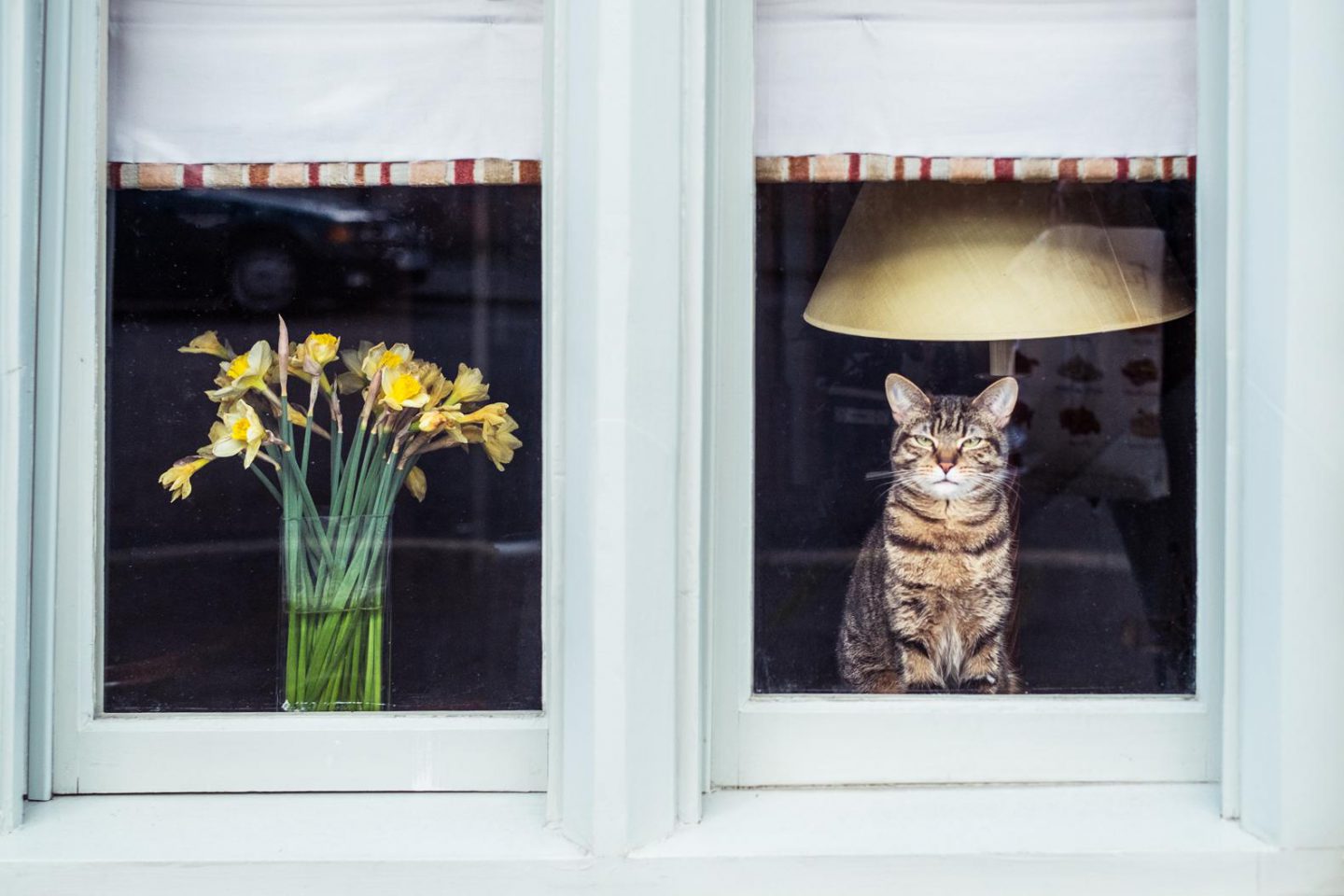 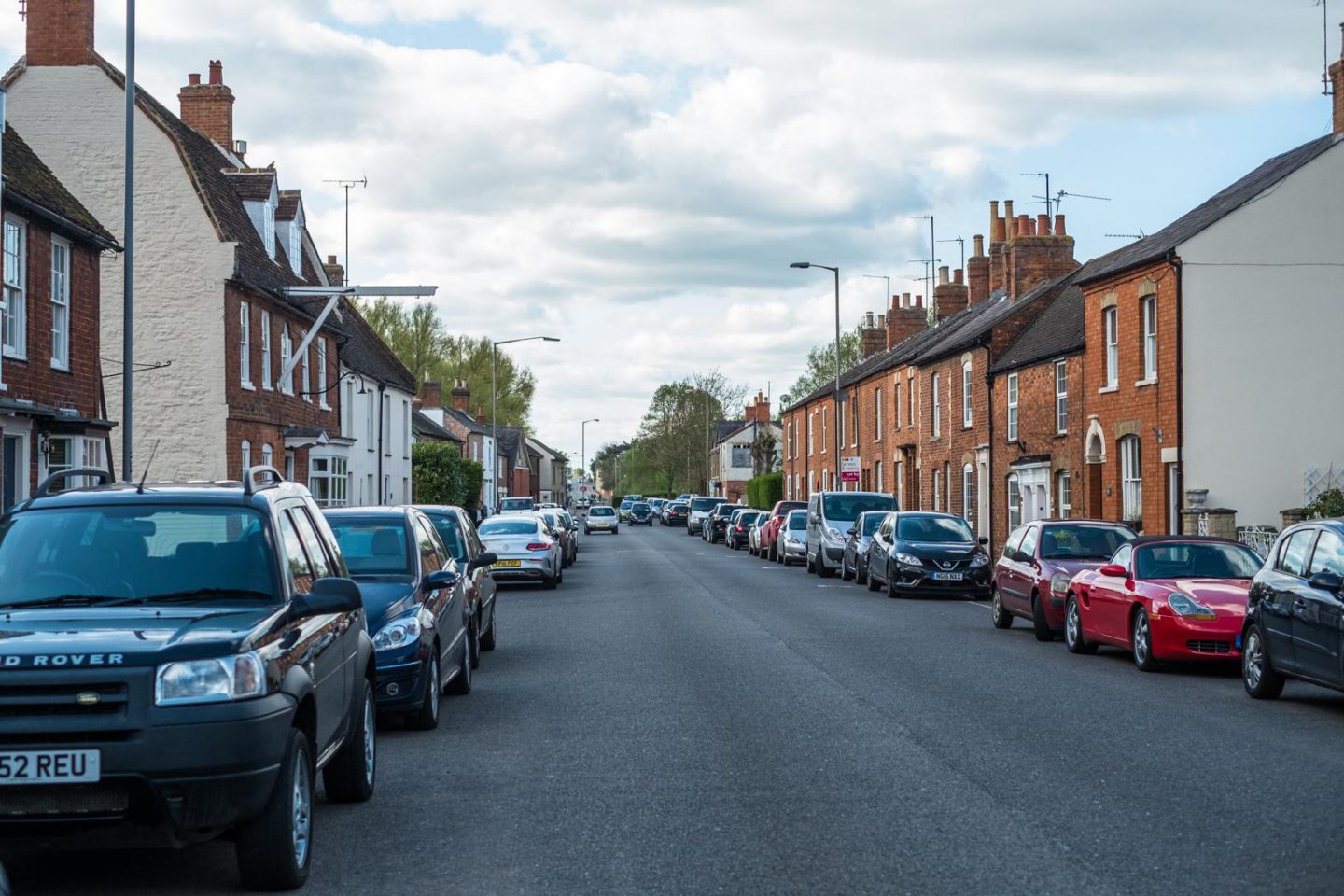 Regardless, keep going, as this is where you can relax with a pint at Beer Bear or if you want a hearty lunch or dinner, head over to the Calcutta Brasserie, one of the best Indian restaurants in the country, set within a beautiful 17th Century Grade II Listed Chapel. 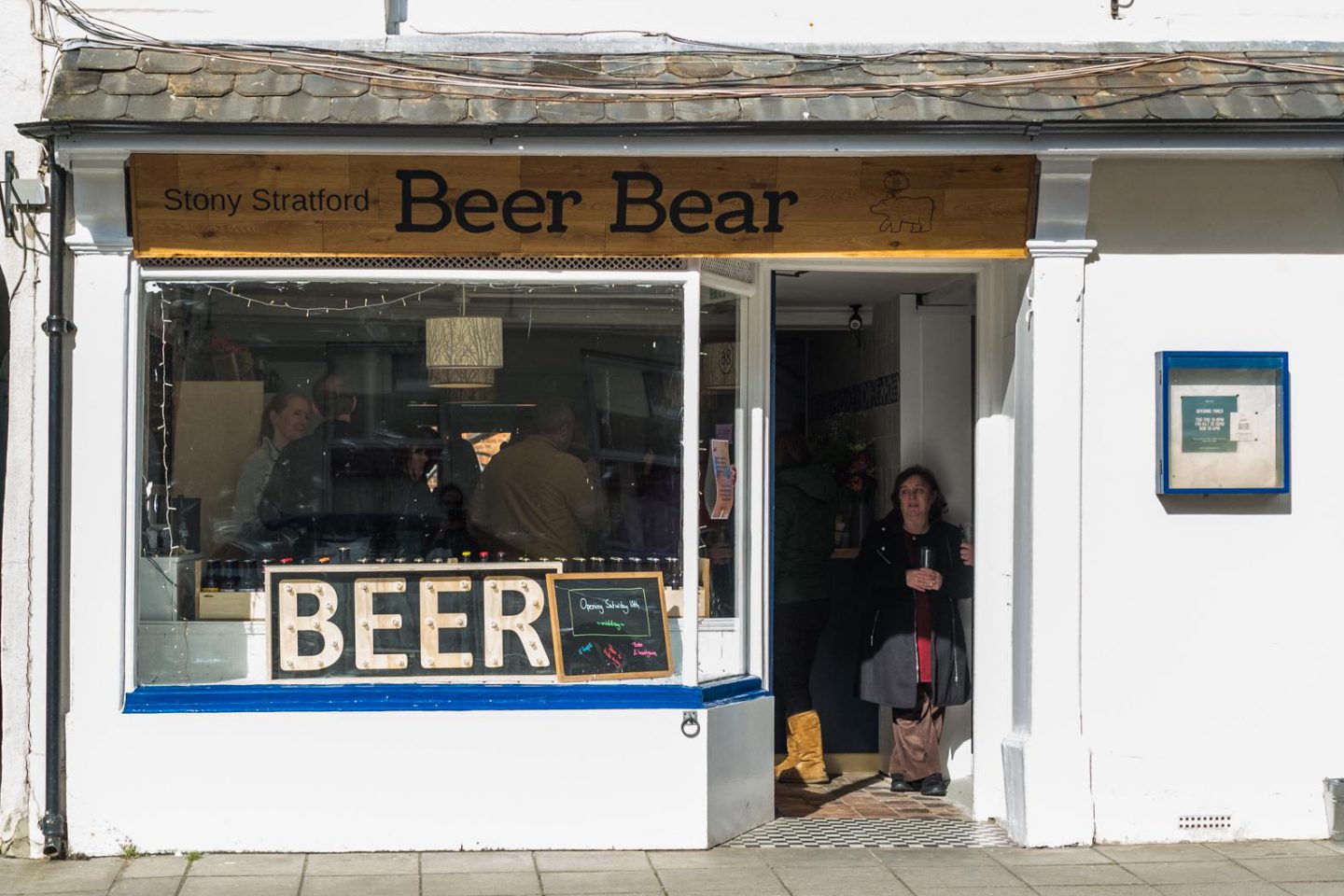 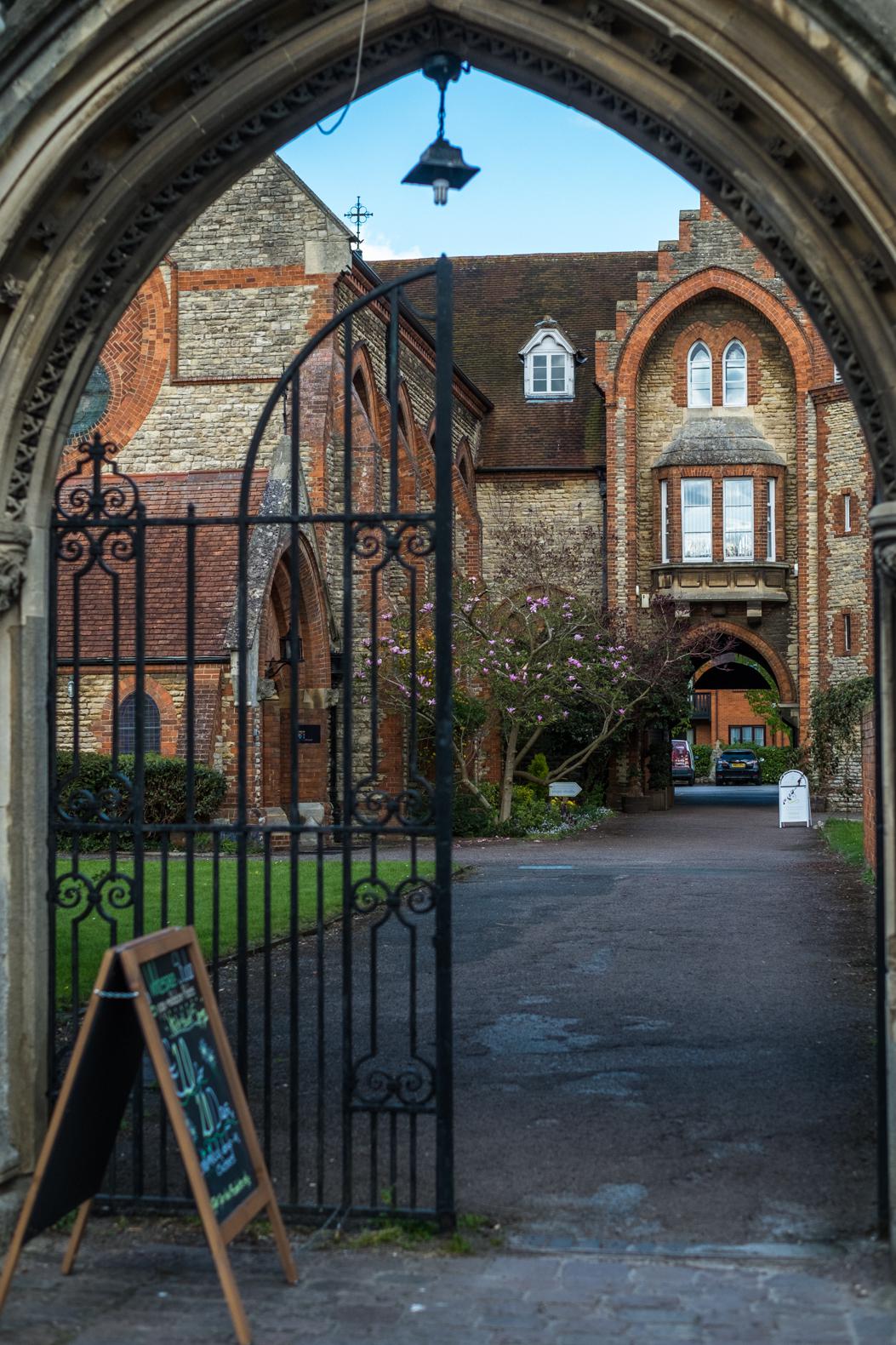 What is more, on the weekends, you can admire the many classic cars parked along the high street. 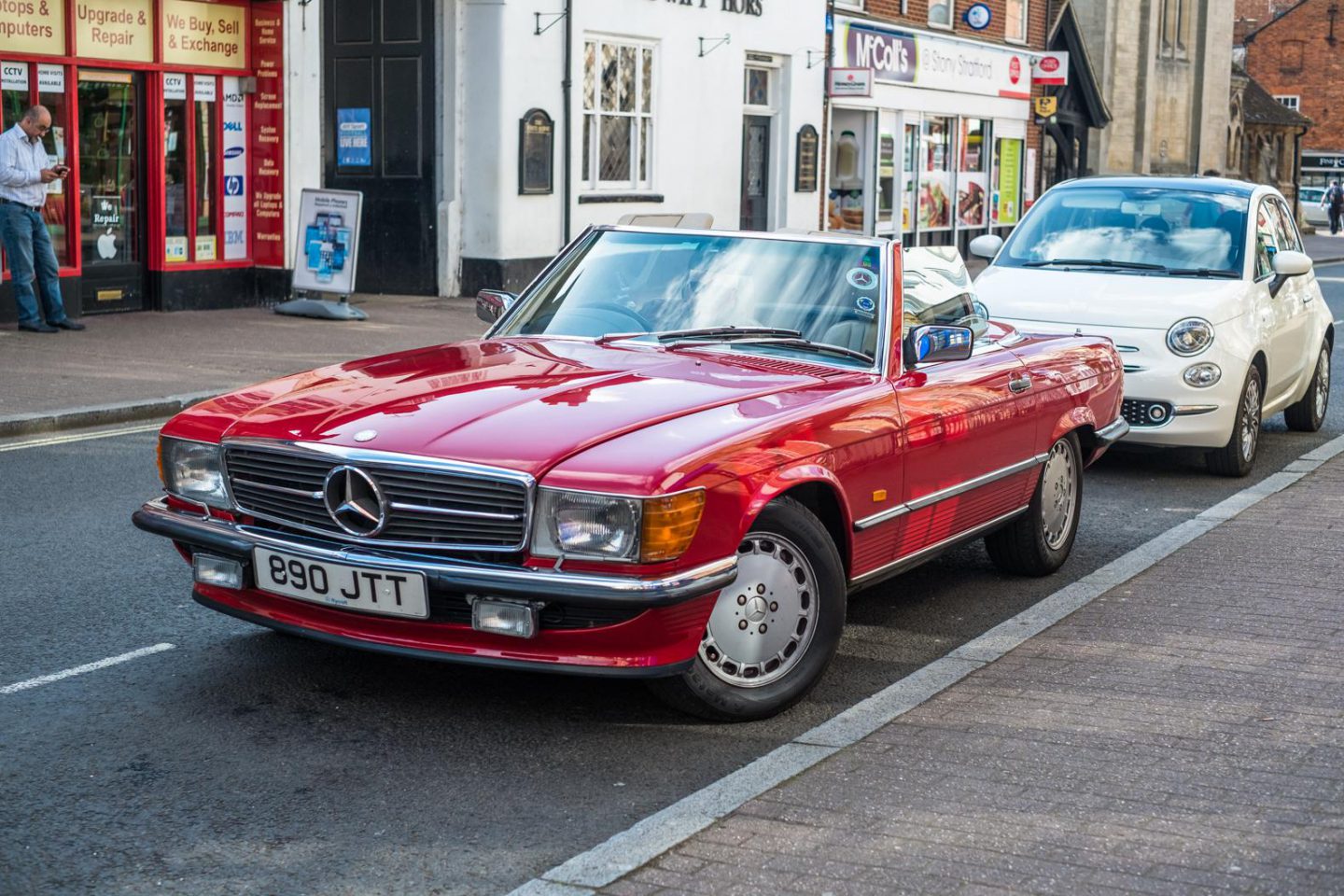 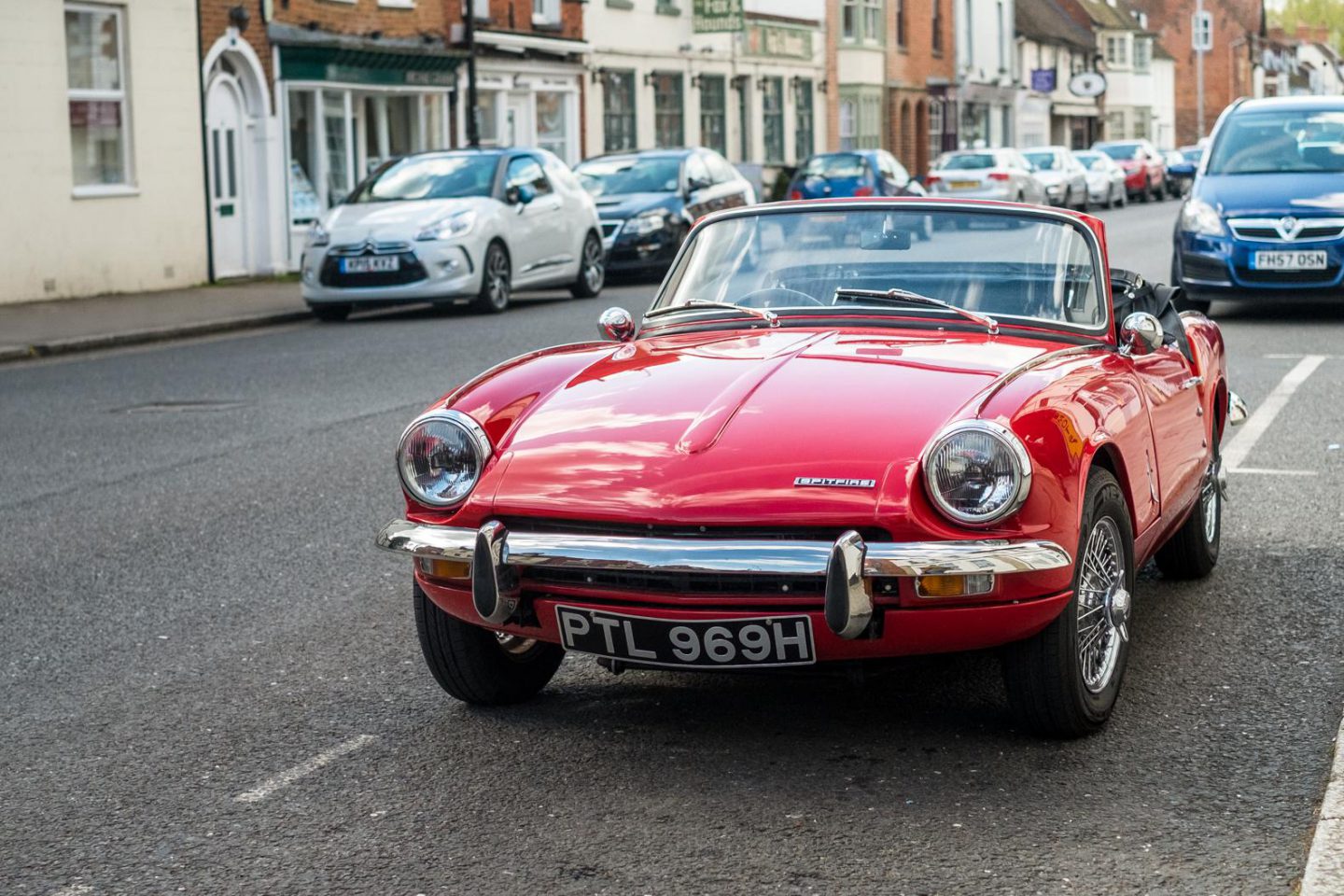 Another great way to spend a warm summer afternoon in Stony Stratford is to treat yourself to a book from one the shops I mentioned earlier and some healthy snacks from The Stony  settle in a quiet corner of the Horsefair Green, so called because at one time horses were sold here at a weekly meeting which took place on Fridays. Now it is the main green open space in town and, with the memorial garden on the western corner, remains a tranquil getaway from the hustle and bustle of the high street. 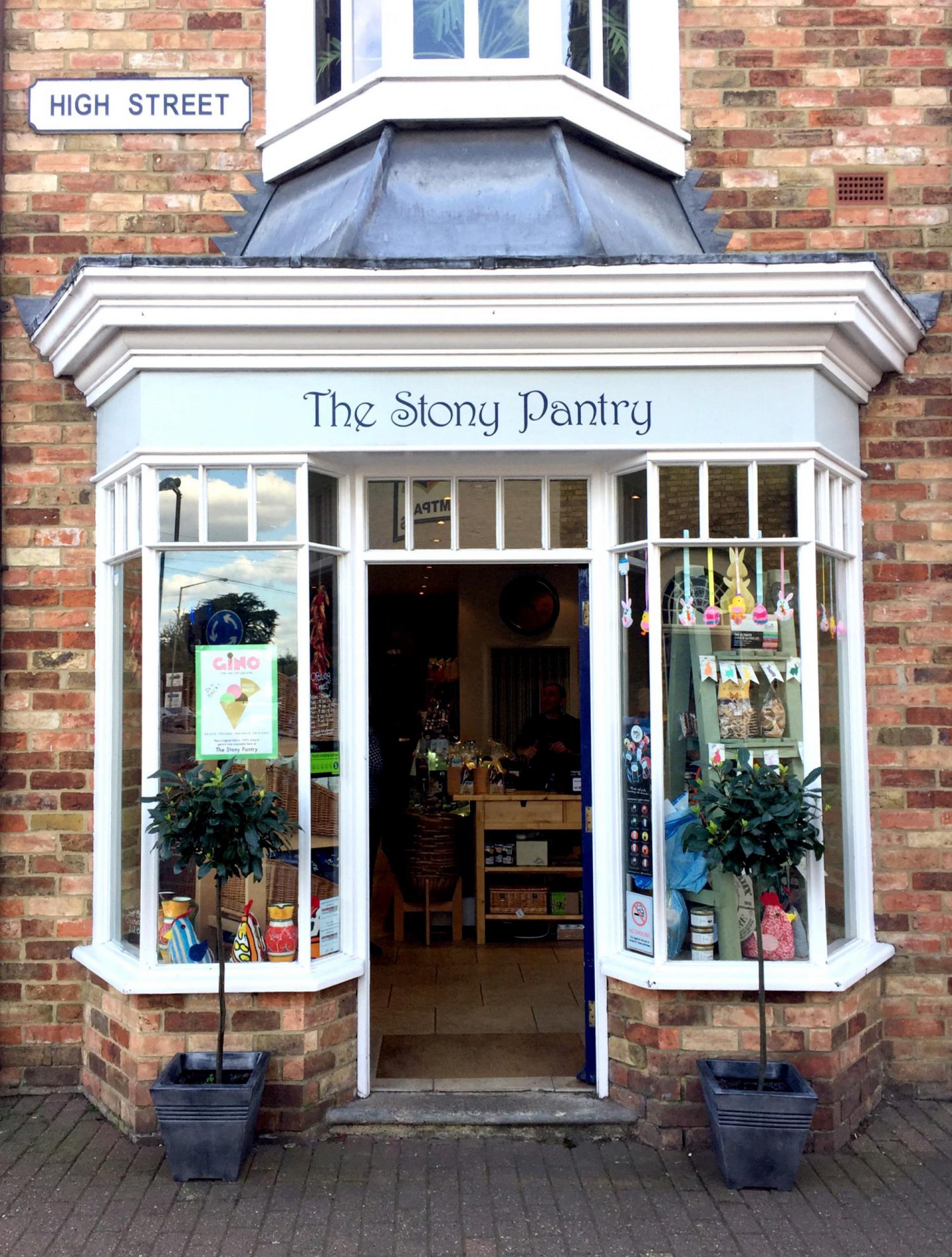 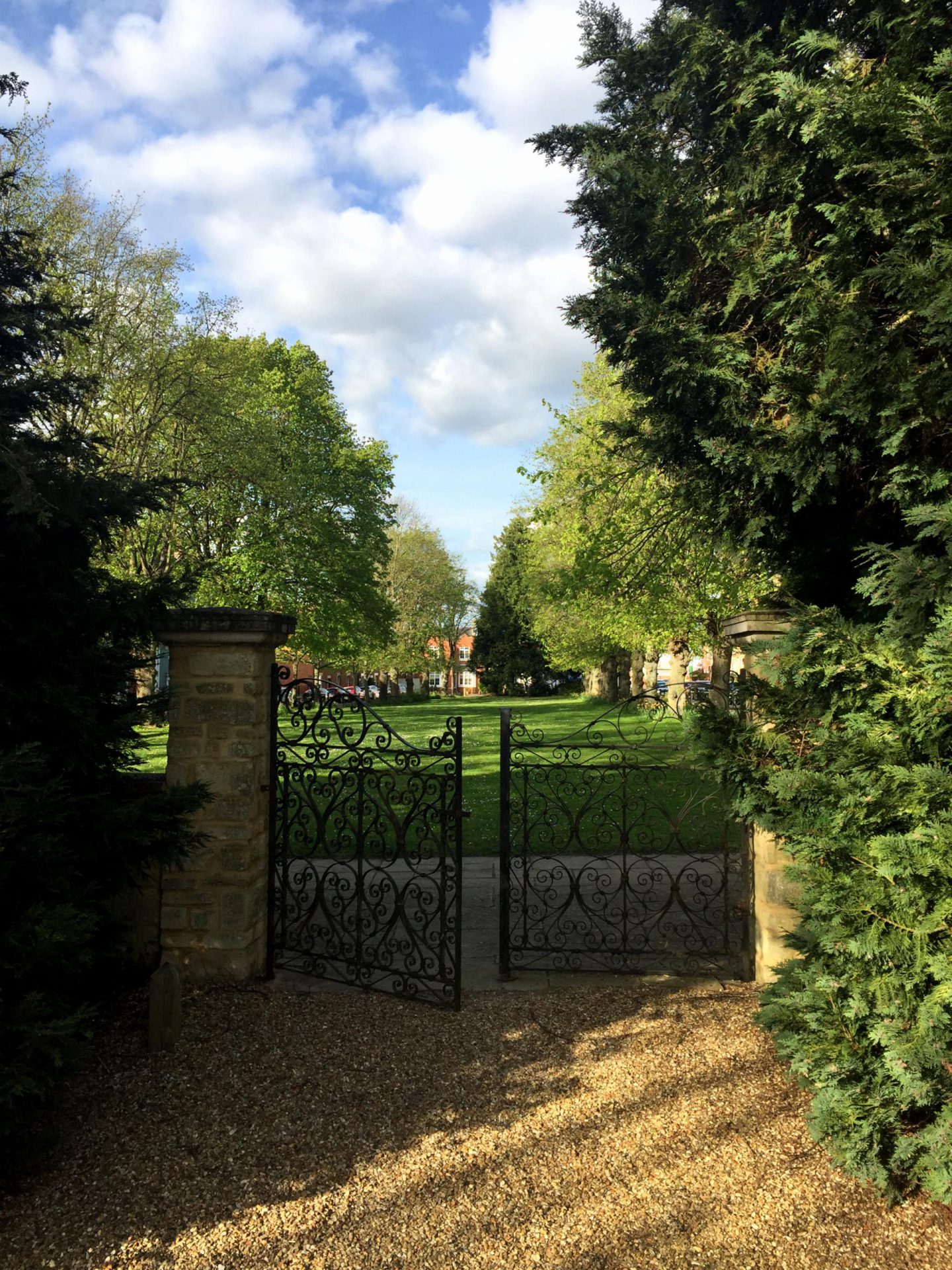 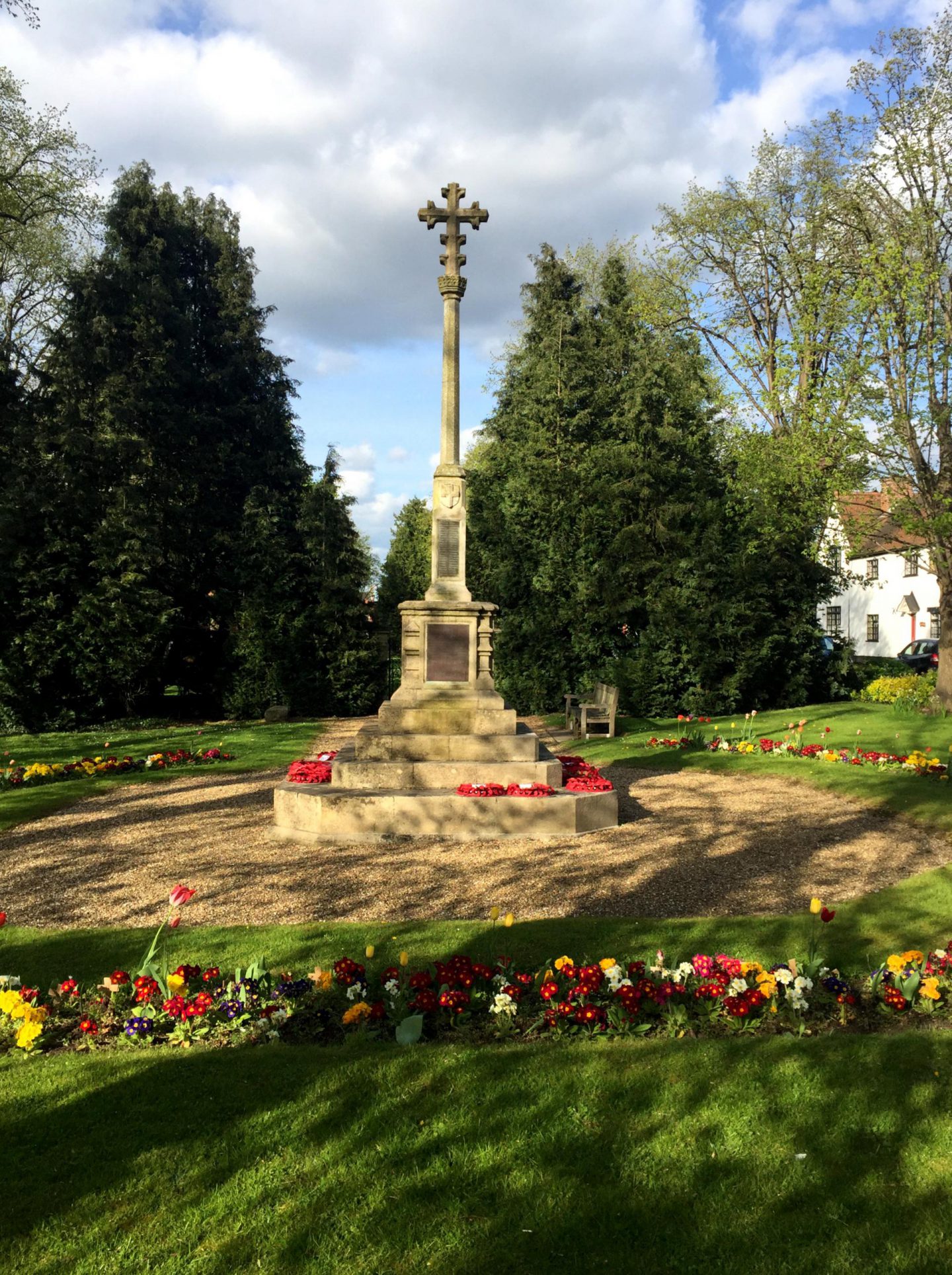 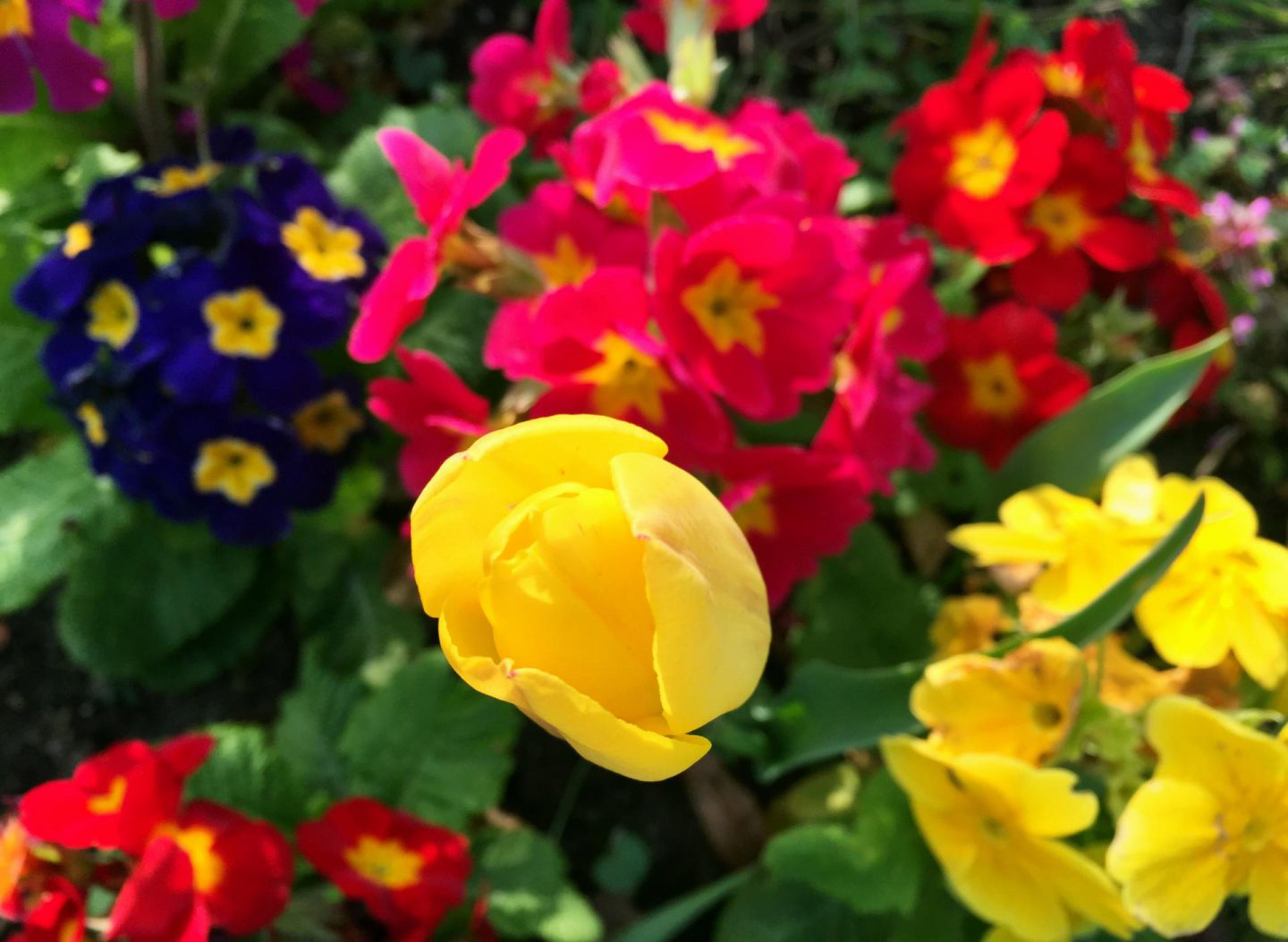 A quick dash through Stony Stratford need not take longer than an hour or two, so when you’re next heading out to Buckinghamshire or beyond, why not make like the 17th century travellers and make a stop at Stony. You won’t regret it.