If you haven’t been living under a rock, by now you would have heard the 2005 “Access Hollywood” video of Republican presidential candidate making lewd remarks about women that was disclosed last week. So much has been said since last week when the video emerged, yet nothing better than President Barack Obama’s “decent human reaction”.

President Obama has never shied from an opportunity to denounce Donald Trump’s controversial remarks throughout the election, and the latest came at a rally for Democratic presidential nominee Hillary Clinton in Greensboro, N.C. on 11 October. 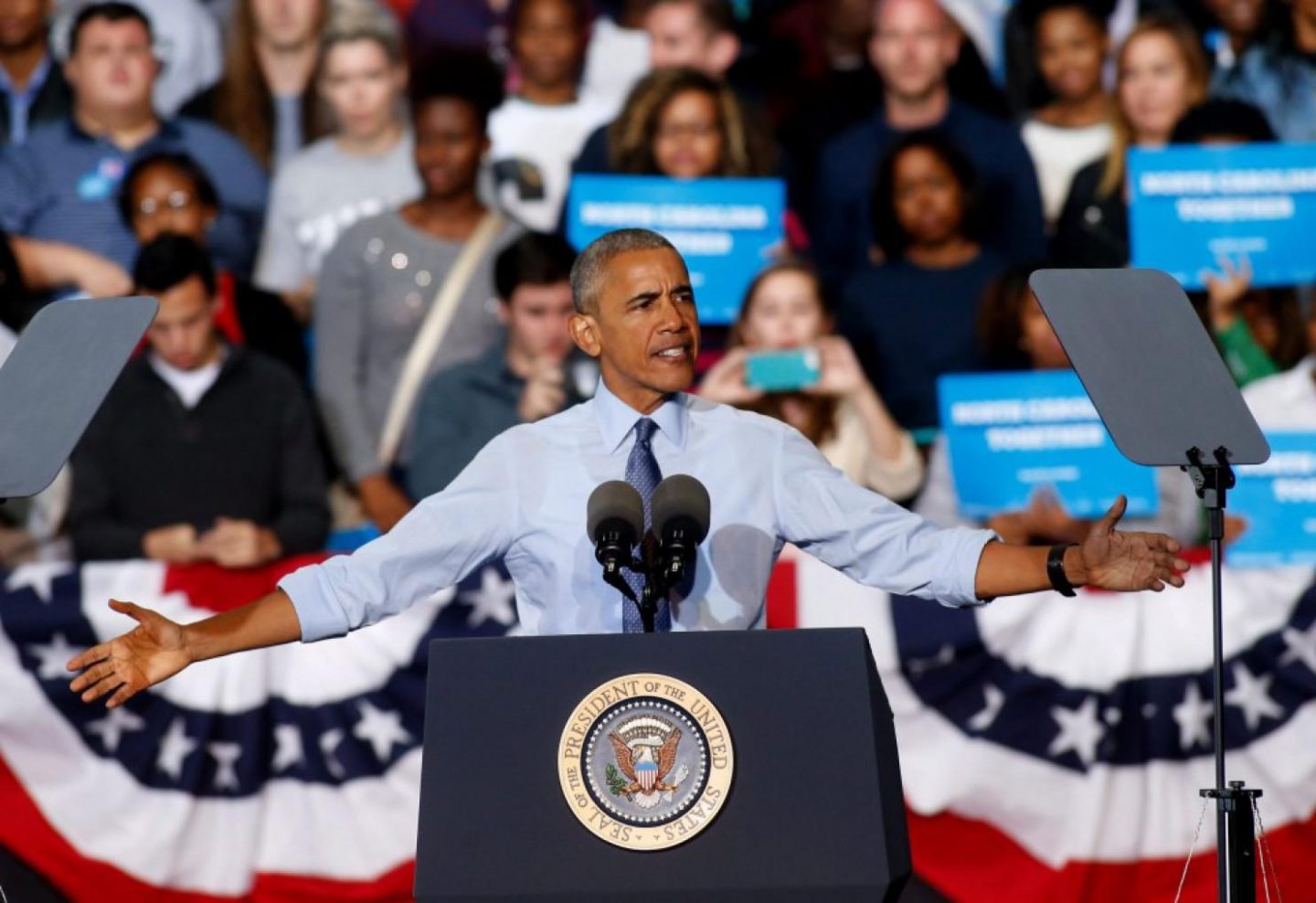 “You don’t have to be a husband or father to say, ‘That’s not right.’ You just have to be a decent human being,” said the President of Trump’s lewd remarks about women caught on tape. The most real, honest, decent, human reaction to date, especially in the wake of the Republican reactions.

I don’t know about you, but perhaps as much as Trump’s words, what irked me was reactions from men who found his attitude offensive “as a husband and a father”. Take for example, Trump’s vice-presidential running mate Mike Pence’s statement on Saturday:

As a husband and a father, I was offended by the words and actions described by Donald Trump in the 11-year-old video released yesterday. I do not condone his remarks and cannot defend them.

As the grandfather of two precious girls, I find that no apology can excuse away Donald Trump’s reprehensible comments degrading women.

Even the well-meant tweets from yet other Republicans had problematic implications.

Ted Cruz, for example, kicked off his tweet with “every wife, mother, daughter” before rounding off the list with “every person”:

Every wife, mother, daughter — every person — deserves to be treated with dignity and respect. https://t.co/AVSEBastVc

What makes such reactions so problematic is the implication that such words would fail to cause offence were a man not a father, a grandfather or a husband, worse still, were a woman not a mother or a wife.

This of course doesn’t mean that there were no reactions from the Republican camp with no reference to familial ties. “No woman should ever be described in these terms or talked about in this manner. Ever,” Republican National Committee Chairman Reince Priebus said in a statement.

In yet another statement, Sen. John McCain, R-Ariz., the 2008 Republican presidential nominee, said, “No woman should ever be victimized by this kind of inappropriate behavior.”

These are the kind of reactions, as a woman, I find acceptable. Those that do not reduce our perspective of a woman to a biased one which only views her in relation to a man – a wife, a mother, a daughter. These are the kind of comments that respect women regardless of the filial bonds they may or may not have. A woman, these comments assure, is safe, even if she is no one’s wife, mother, or daughter, even when she is not defined by the role she plays in relation to a man.

By now, there is not much to discover of how little Donald Trump thinks of women is evident, not just based on the “locker room banter” he was partaking in, caught unaware, but based on very conscious, very public, very degrading statements he has been making about women throughout his campaign and long before that.

However, we can discover so much about other men through how they react to Trump and what comes out of his mouth. Once again, President Obama trumps – not only as an impeccable rhetorician, but a beautifully decent human.

Watch his speech below.