Bringing a Nigerian musical to London is no mean feat; doing it twice takes some serious hard work, dedication and commitment which Bolanle Austen-Peters has proven she has in spades when she followed last summer’s spectacular Wakaa the Musical with this summer’s sensational Saro the Musical. 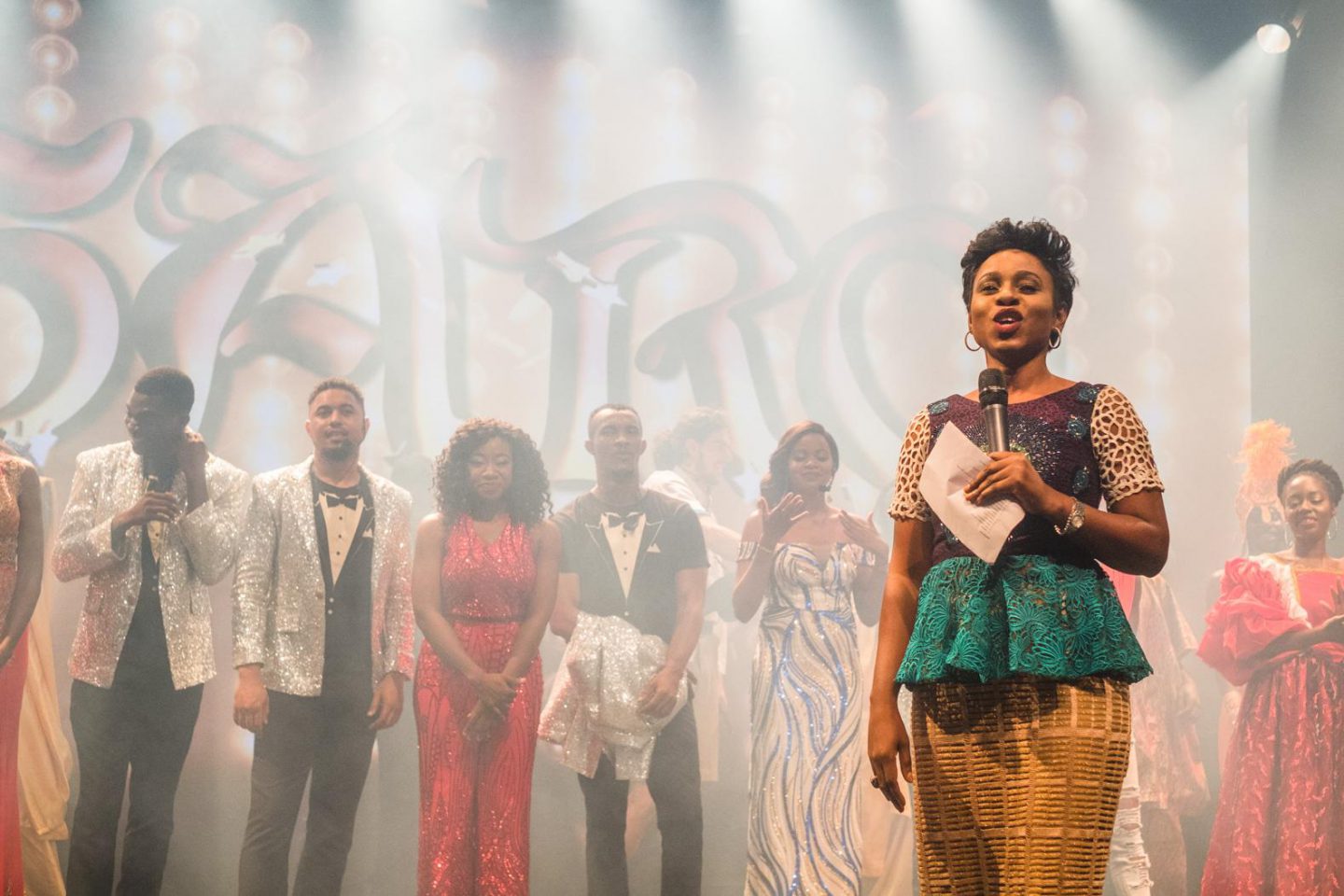 From Thursday August 24 to Tuesday August 29, Saro sold out Shaw Theatre with audiences enjoying the two-hour revelry and celebration of Lagos. There was music, dance, a touch of heritage woven into what feels a timeless story of village boys trying to make it in the big city on the fast lane from rags to riches. 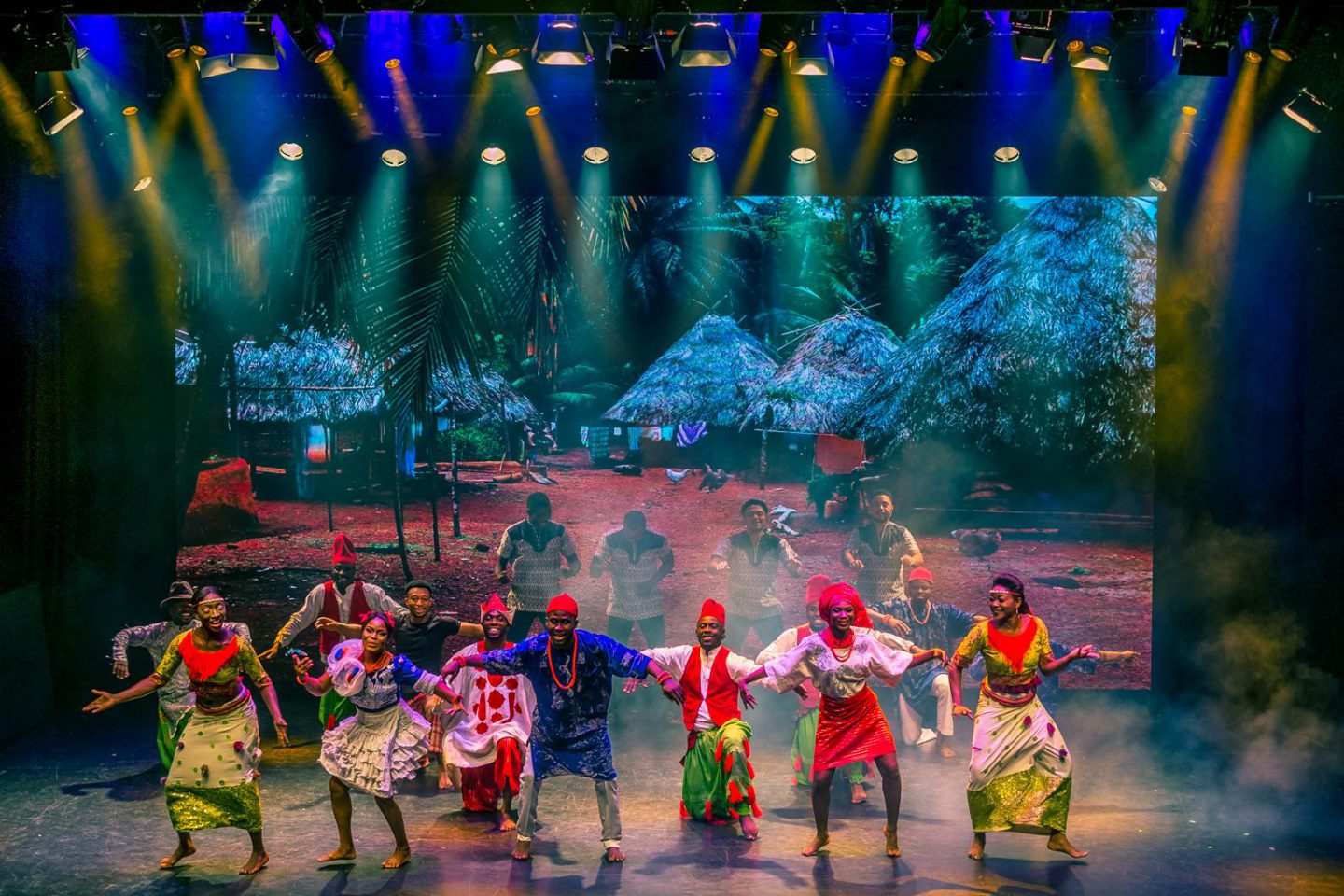 While personally I enjoyed last year’s Wakaa a lot more, like any stage play, Saro had its magic moments and highlights. 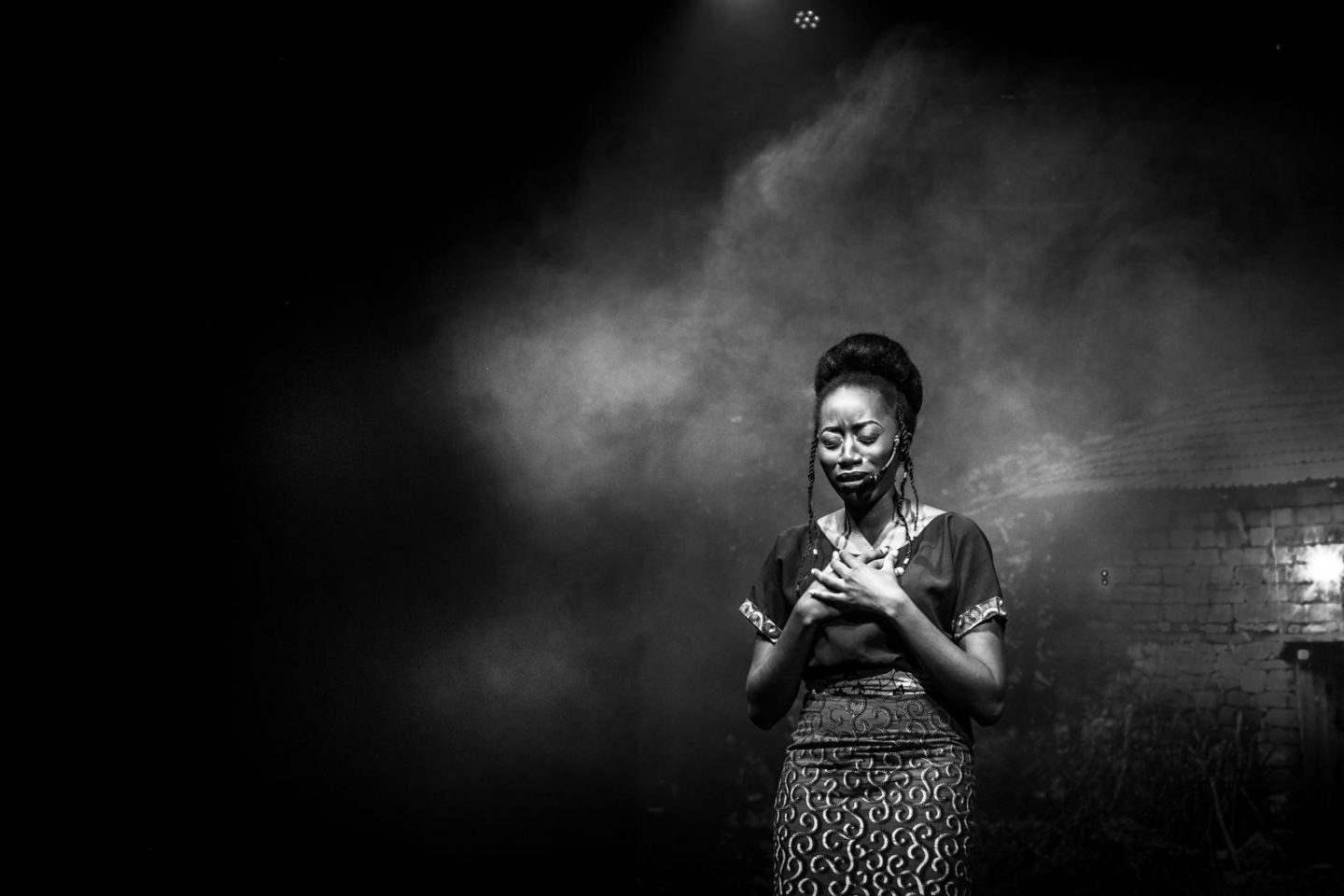 The revelation that is Kaline

Kaline Akinkugbe was a joy to watch – and more so, listen – as Enitan’s love interest Rume back home. The song she sang when Papa Rume who came in the shape of an entertaining Kunle Afolayan announced she was to be married to the Chief’s son gave me goosebumps. The rest of the house must have felt the same as she ended her performance to thunderous applause. 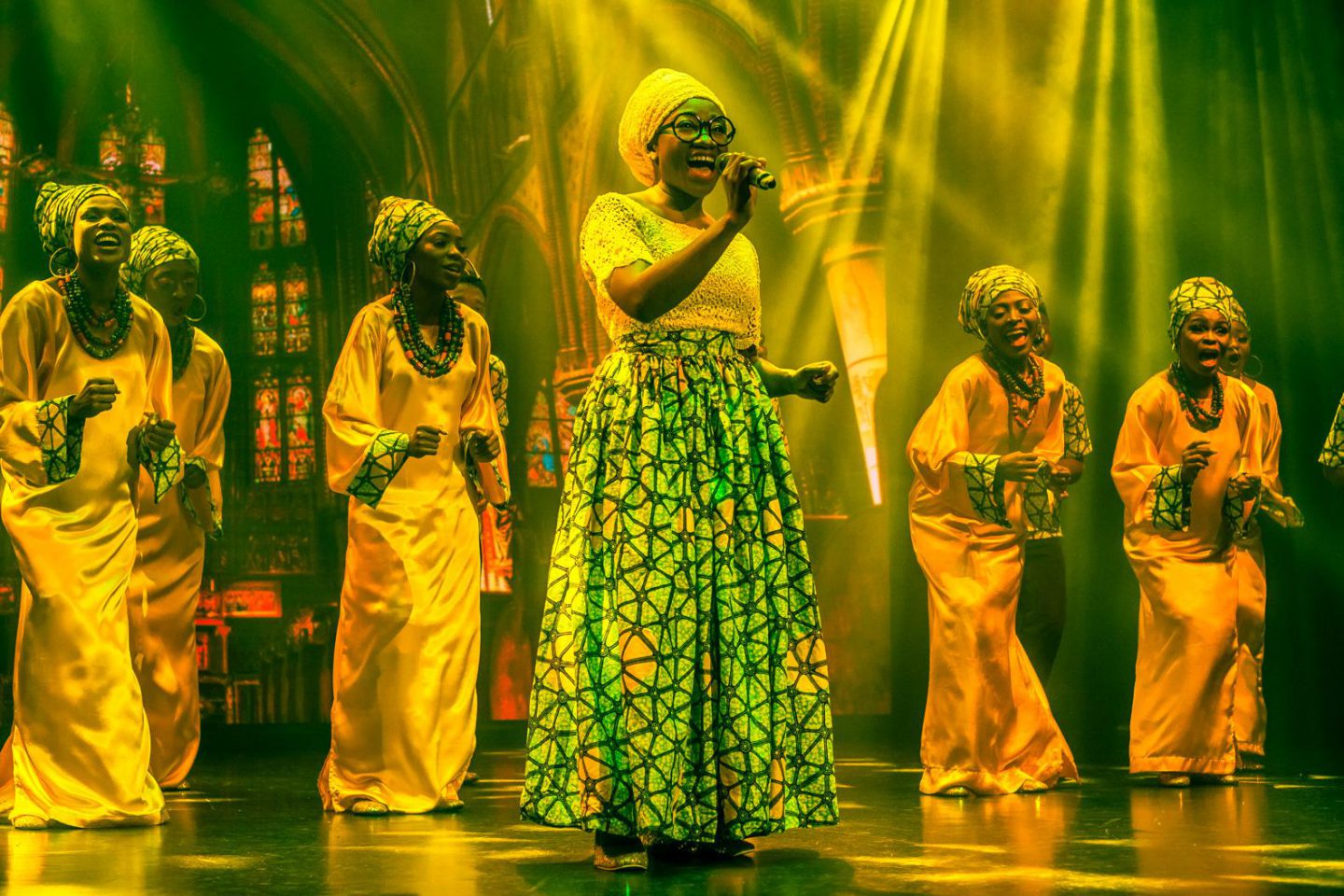 Ade Laoye was one of the delights of the show as the quirky, kooky Jane, Don Ceeto’s assistant turned talent. Ade really owned Jane and made her come alive as this live wire of nervous energy and cute quirkiness. 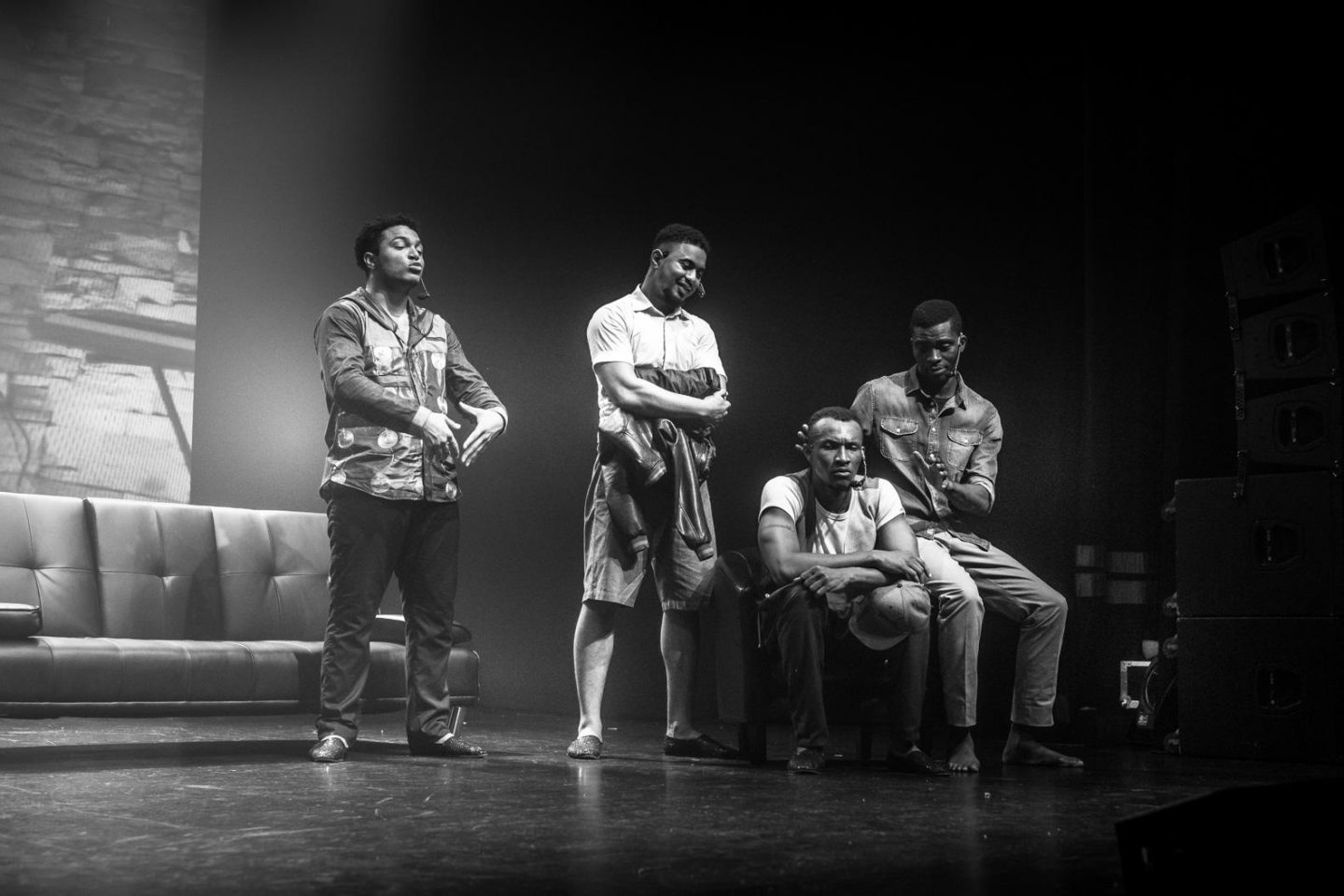 Move over Ramsey, Desmond and co. There is a new crop of acting (and singing) talent in and out of Lagos town. The young men that made up Don Ceeto’s quartet, Patrick Diabuah, Gideon Okeke, Paul Alumona and Paolo Sisiano are all equally well-rounded triple threats. They sing, they dance, and boy can they act! It is particularly amazing to see young Paolo’s journey from fashion design into acting as he has truly come into his own where his acting may be on par with his fashion skills. 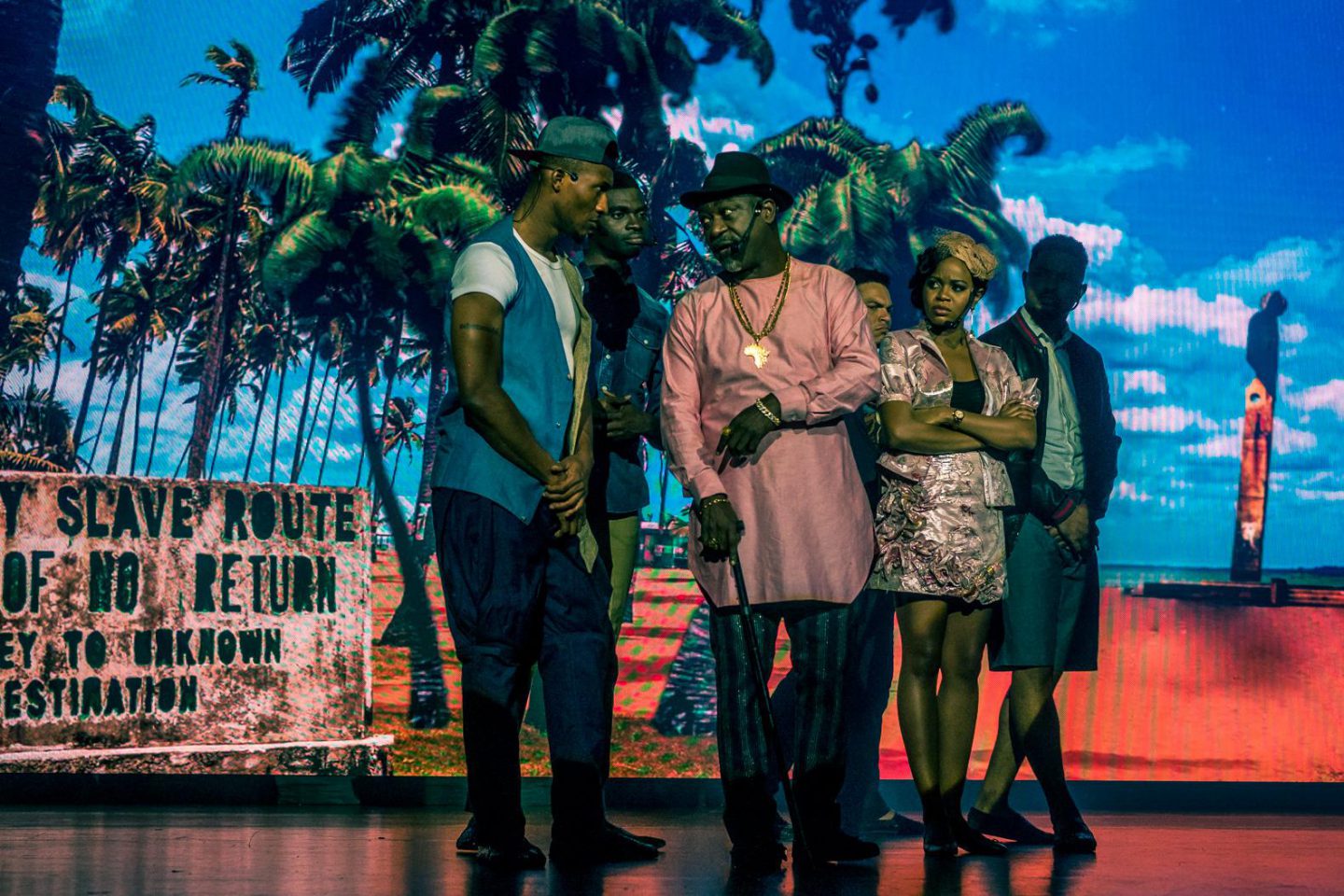 The veteran that is Bimbo Manuel is just like fine wine. He gets better and better with age. The measured acting, the sonorous voice, the confident swag. He owns the stage in each scene and watching him is like an acting masterclass in itself. Last year he gave us “That’s it!” in Wakaa; this year halfway into the play, we were already joining him like a peculiarly monosyllabic Greek chorus each time he said, “You dig?” in that Don Ceeto drawl. 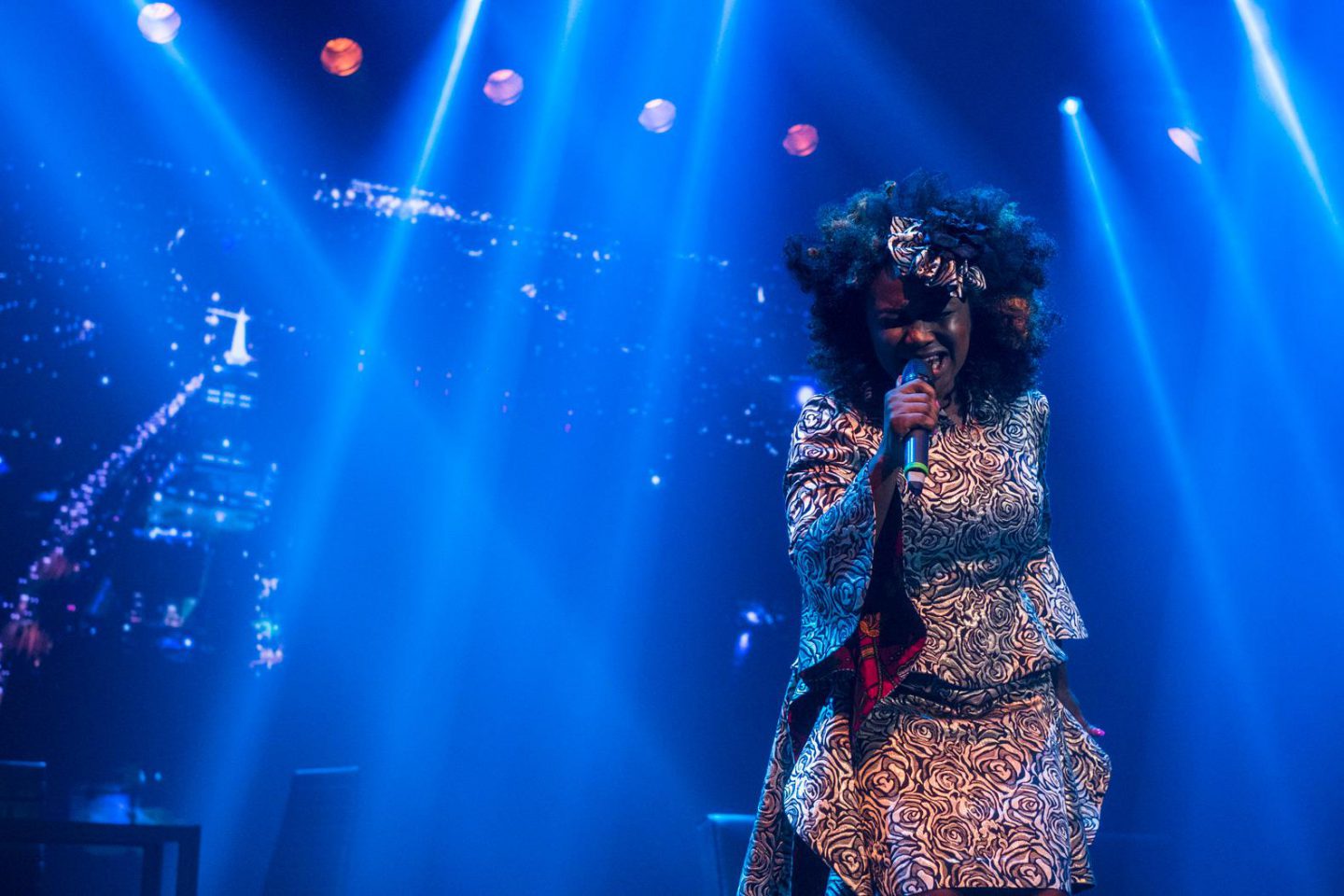 I may be biased but Lami Phillips as Derry Black is one masterful diva. Not many people know Lami was in equal measure an actor in the making, hence her gradual foray into musical theatre in the hast couple of years may have come as a surprise. Having seen her passion for acting and witnessed her relentless pursuit to learn, to achieve, to outdo herself, I am amazed by how far she has come in such a short space of time – from Lami the Afro soul singer to Lami the multitalented diva. 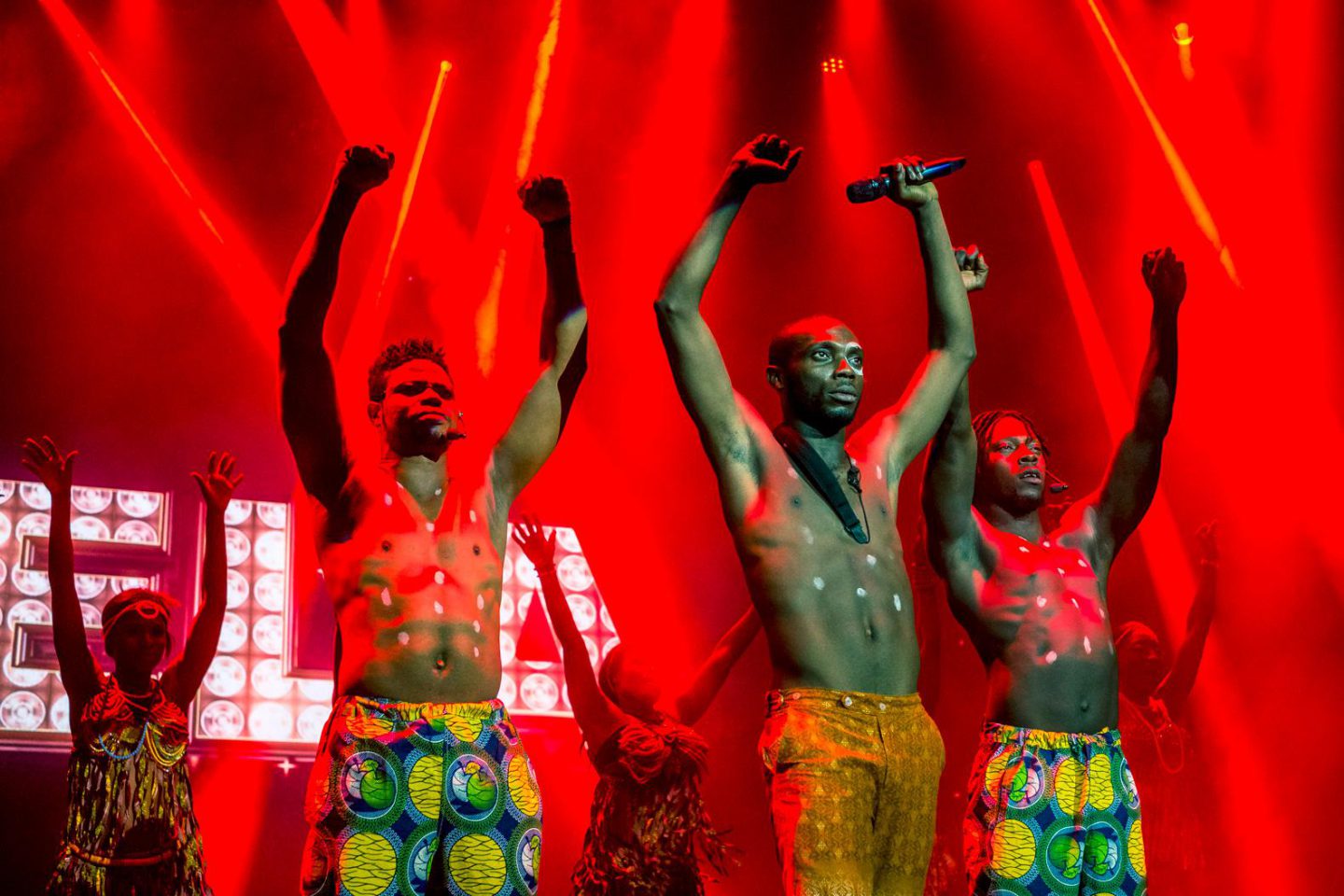 The musical depth and breadth

Saro the Musical is an indigenous Nigerian creatin, hence it is no surprise music plays a pivotal role. The plays takes us down a musical memory lane paying homage to Nigeria’s rich musical history by beautifully rendering some of the country’s greatest hits over the years, while also delivering its own brilliant original music. 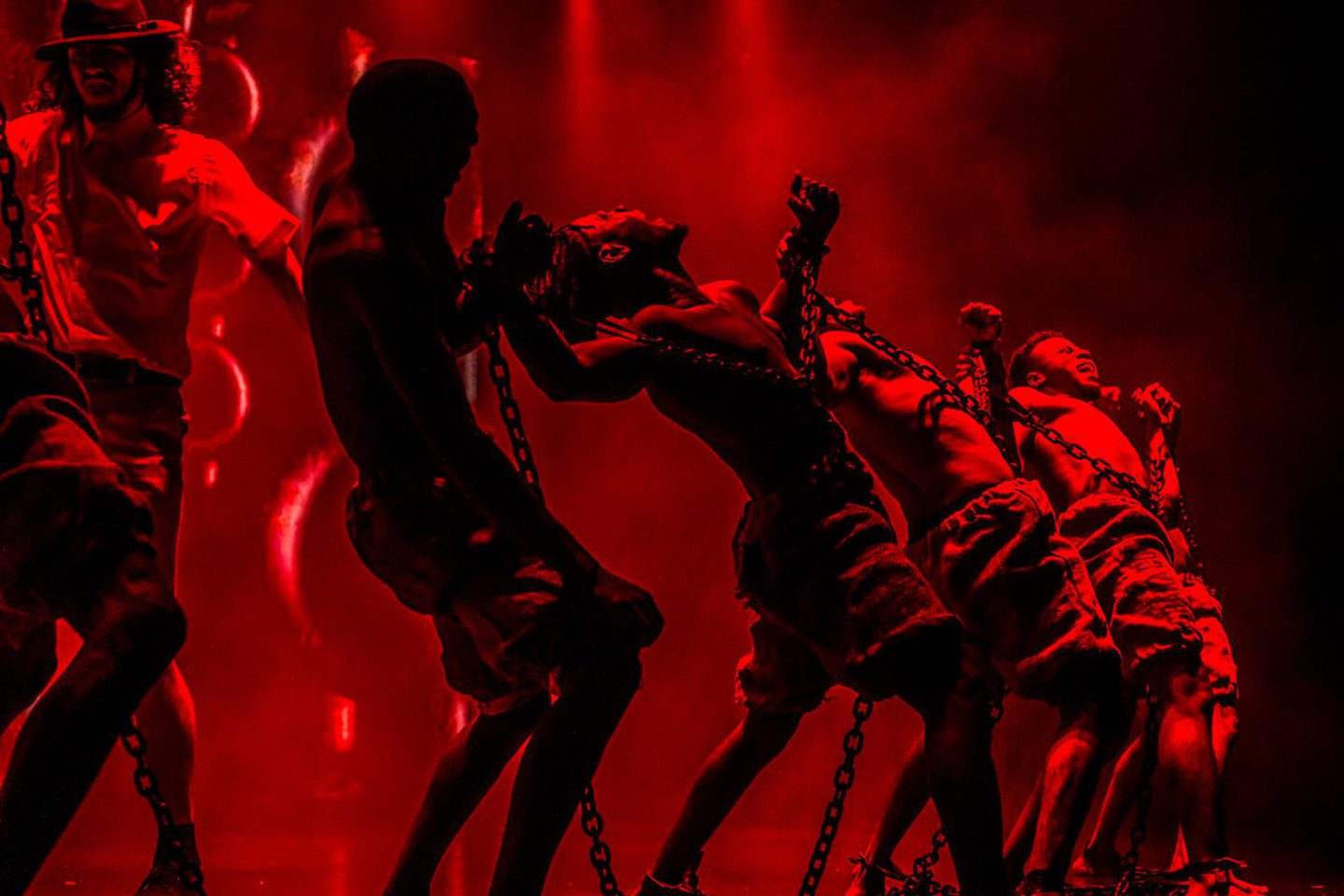 While I enjoyed following the stories of starry eyed university graduated in Wakaa! more, I definitely found the costumes and choreography far more exciting in Saro. From the Eyo masquerade to acrobatic dance moves, from Derry Black’s dazzling looks to dance battle of the young foursome, the costumes and choreography were masterfully deployed to pull you into a magic journey. 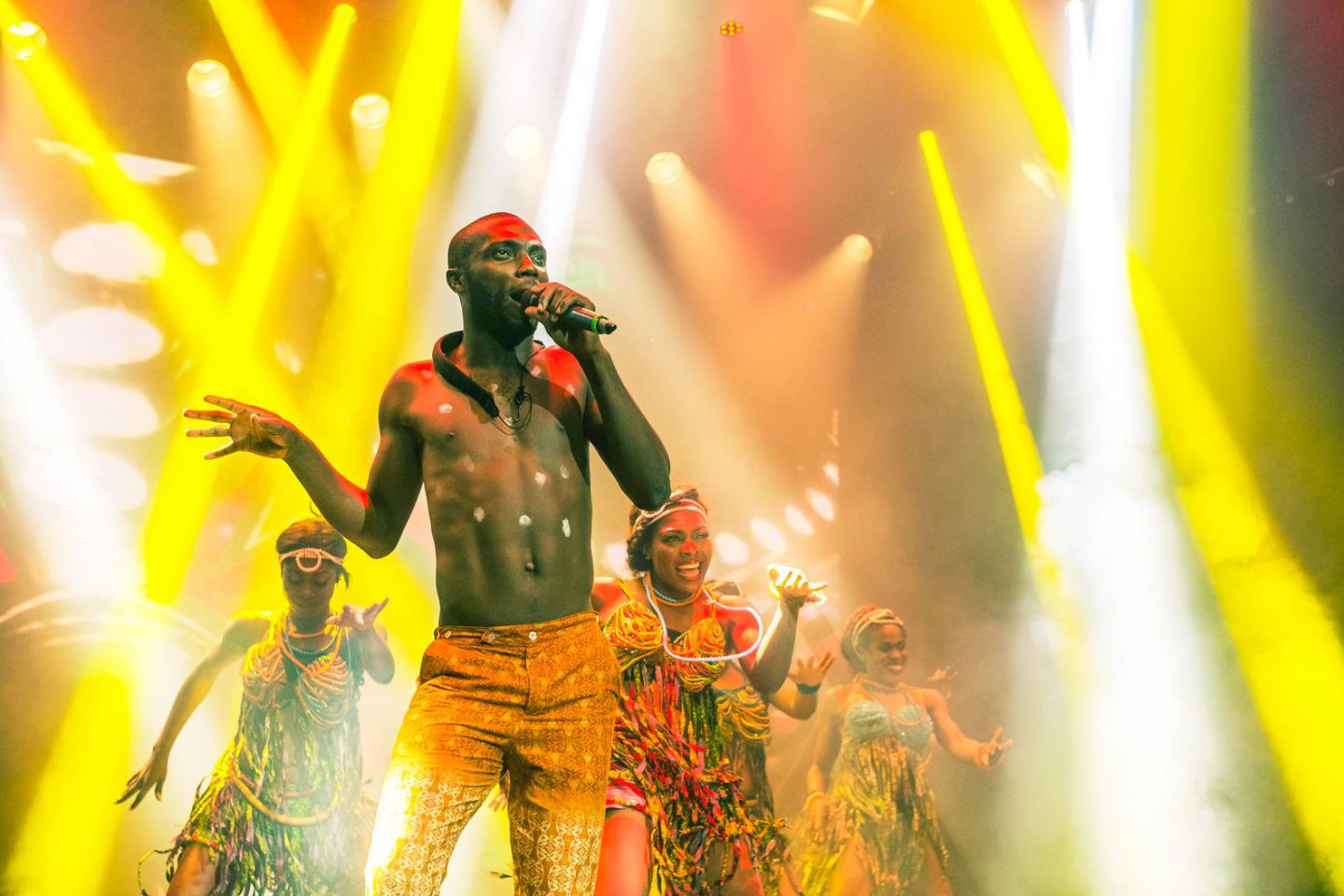 Fela and the Kalakuta Queens

Bringing a 70 strong cast and crew from Lagos to London, and staging another grand Nigerian musical in one of the biggest theatre capitals of the world, Bolanle Austen-Peters keeps blazing a trail and flying the flag for Nigerian theatre internationally. And it seems she has more up her sleeve as she announced that BAP Productions would be back next July with what should be another grand offering, ‘Fela and the Kalakuta Queens’.

Personally I cannot wait to see what this new play will have in store for the London audiences. Till then, enjoy the images from Saro below. 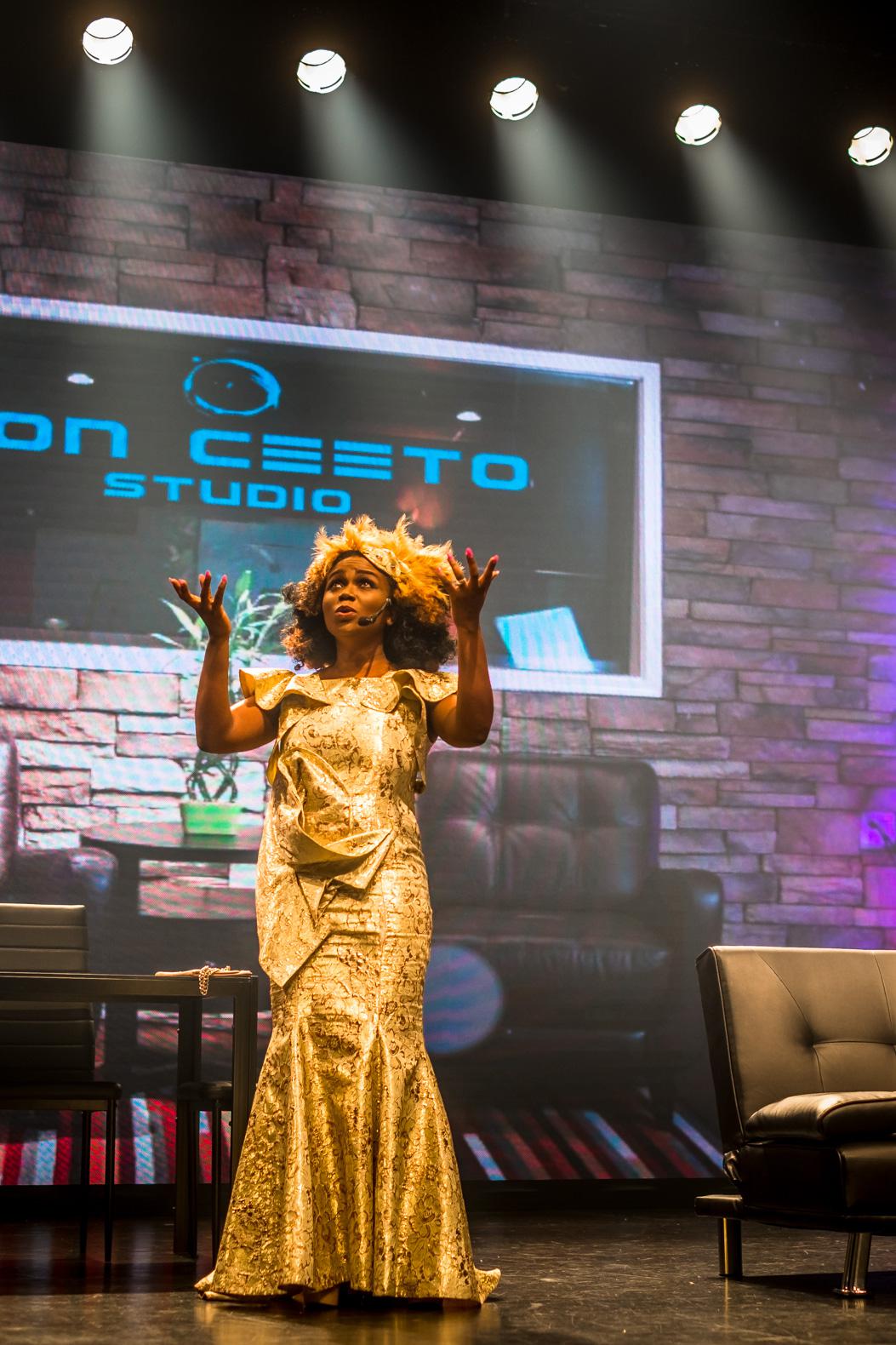 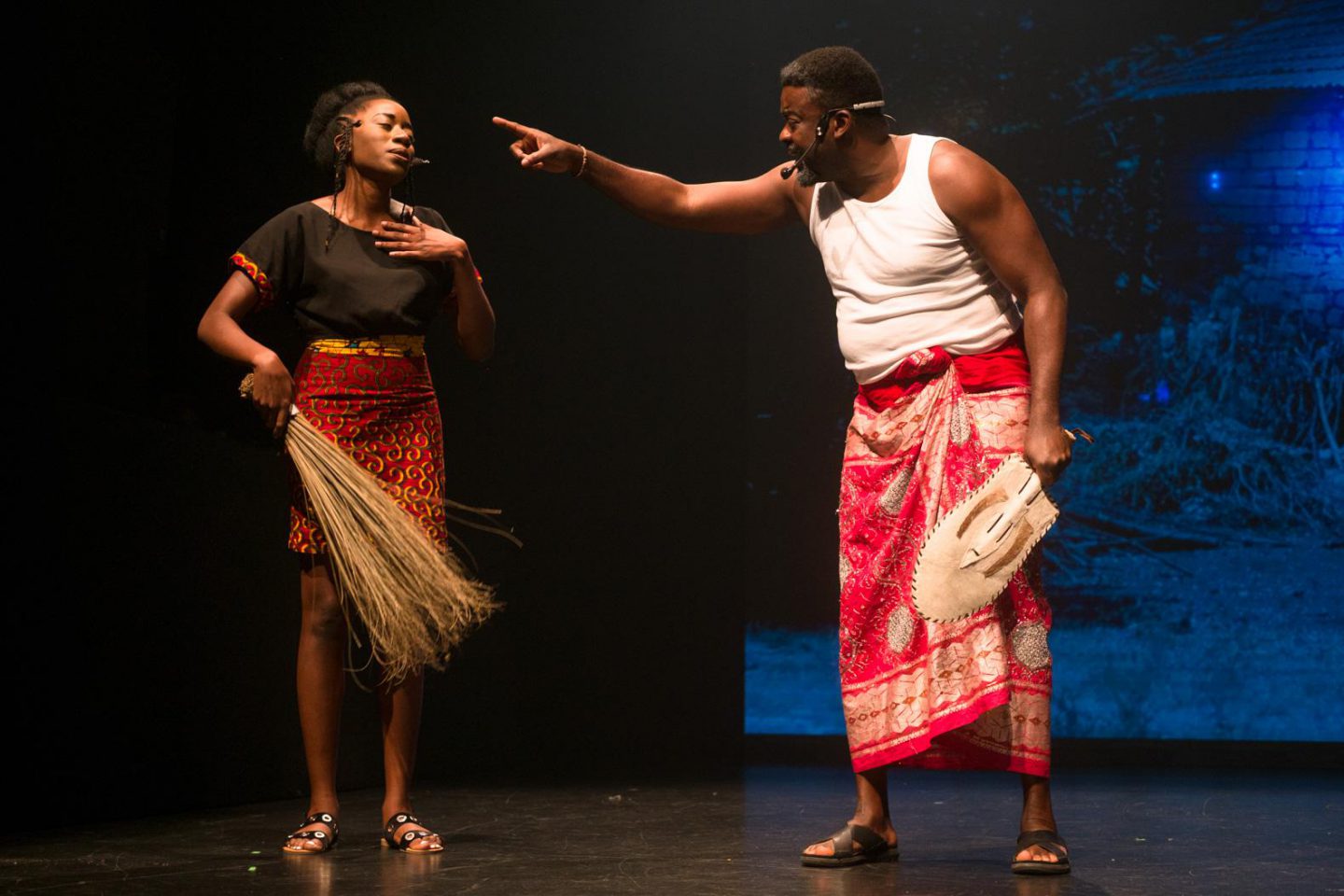 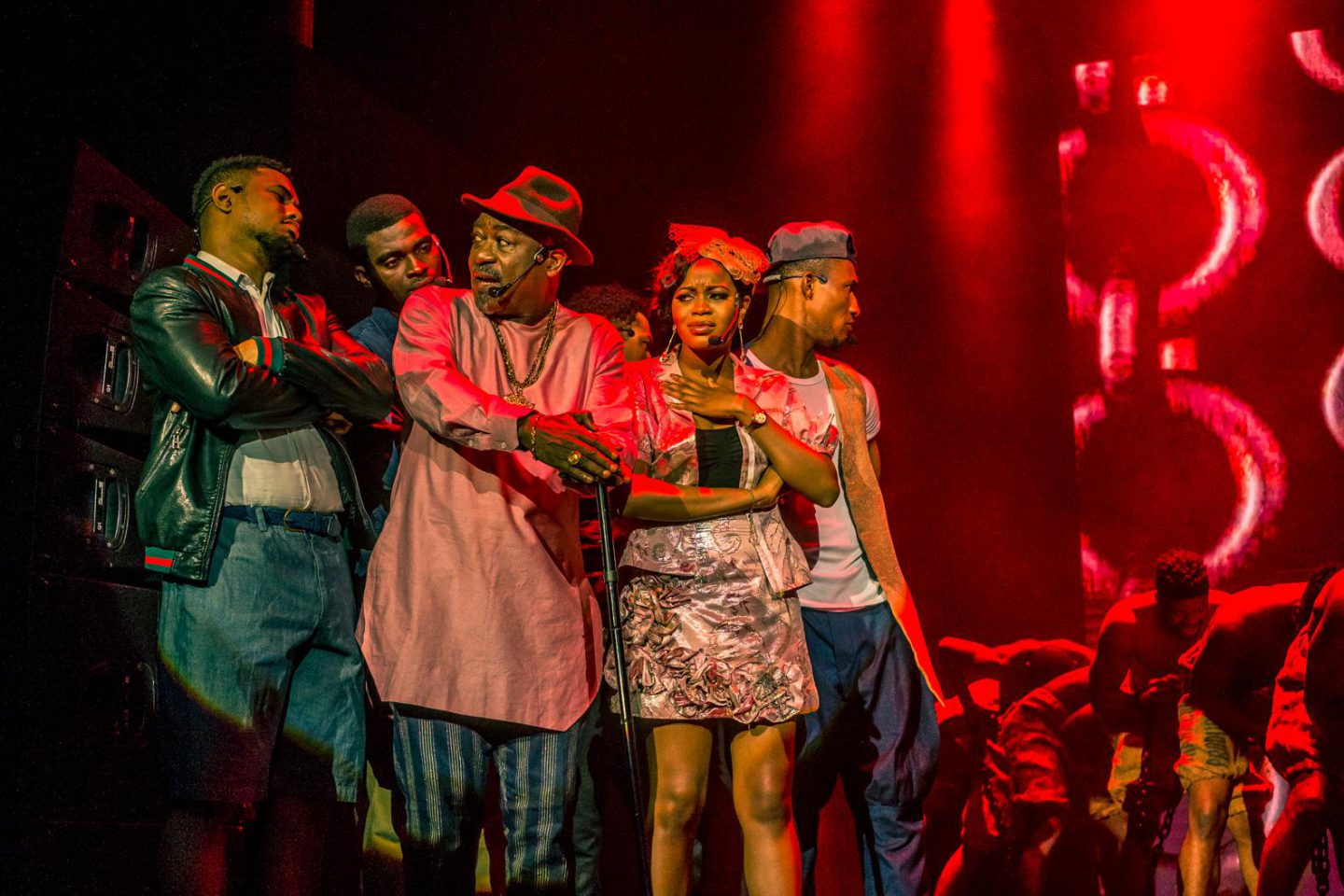 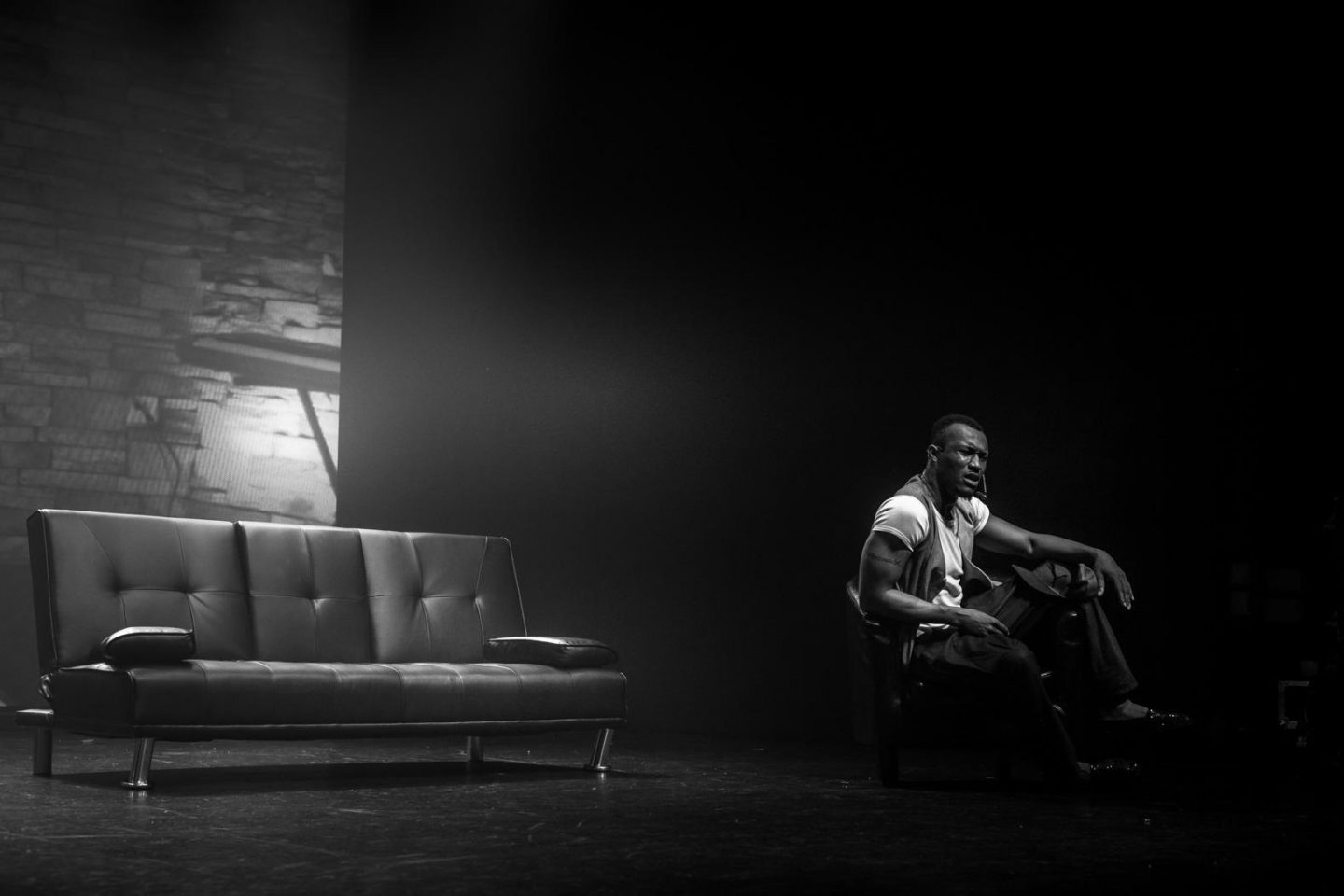 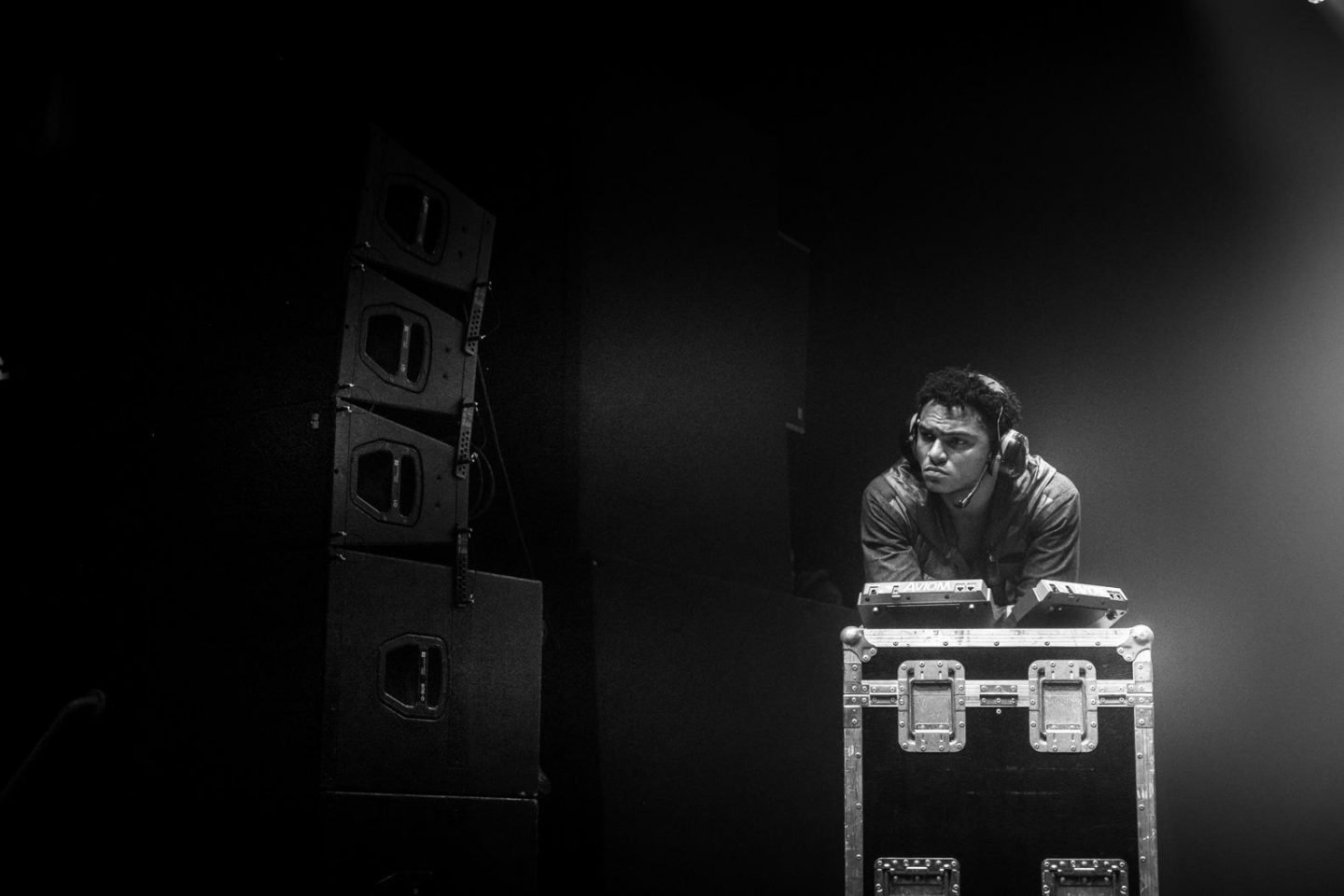 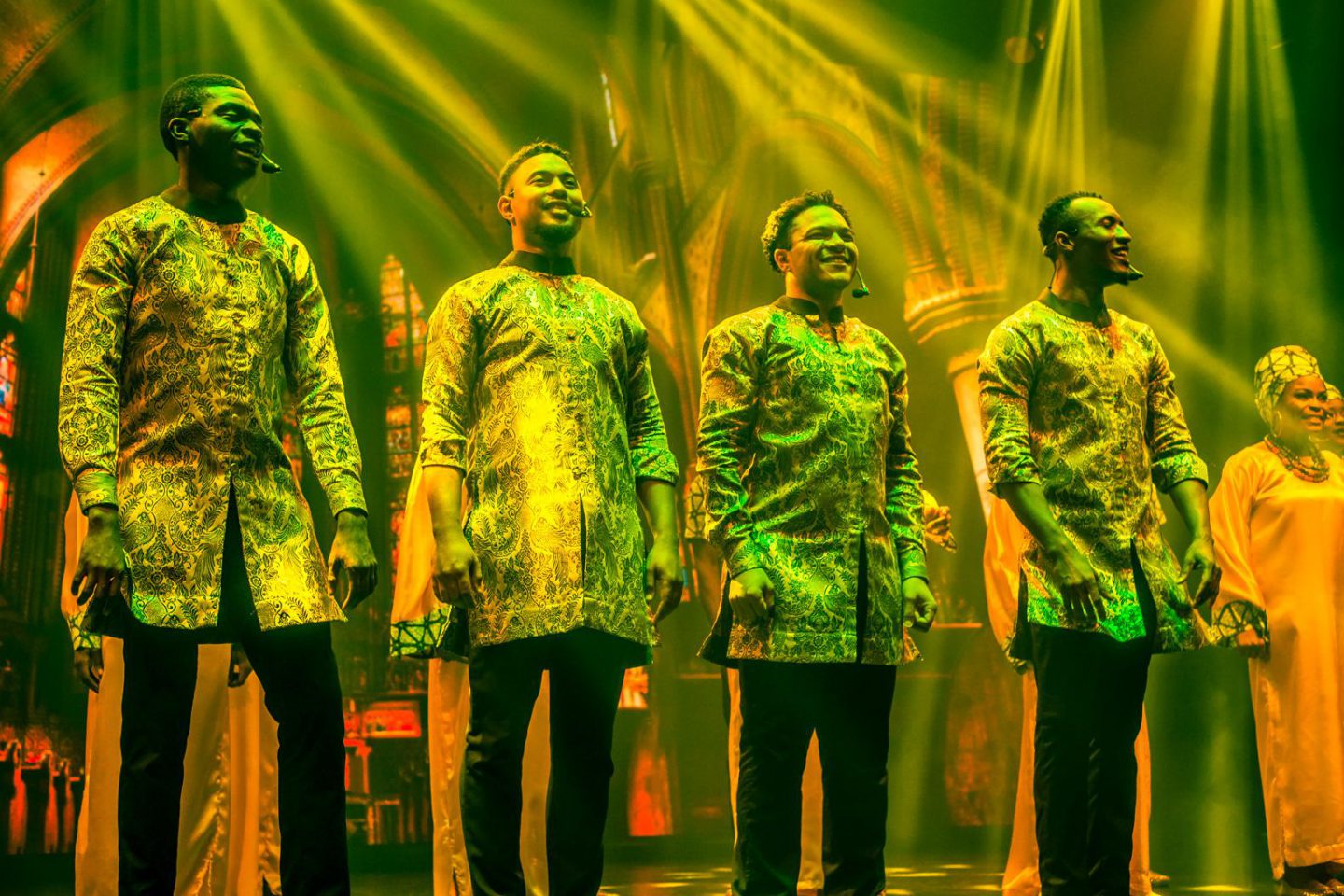 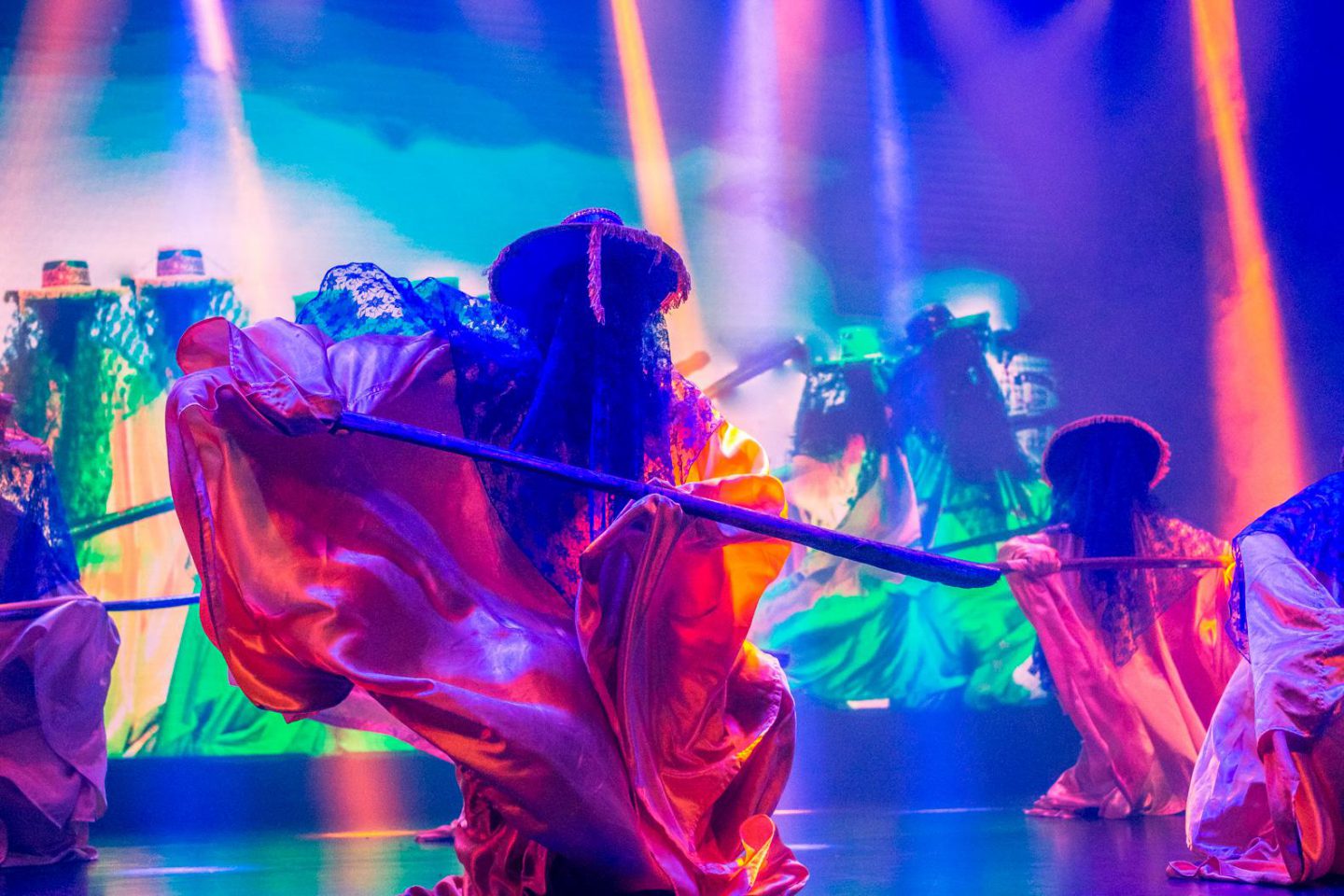 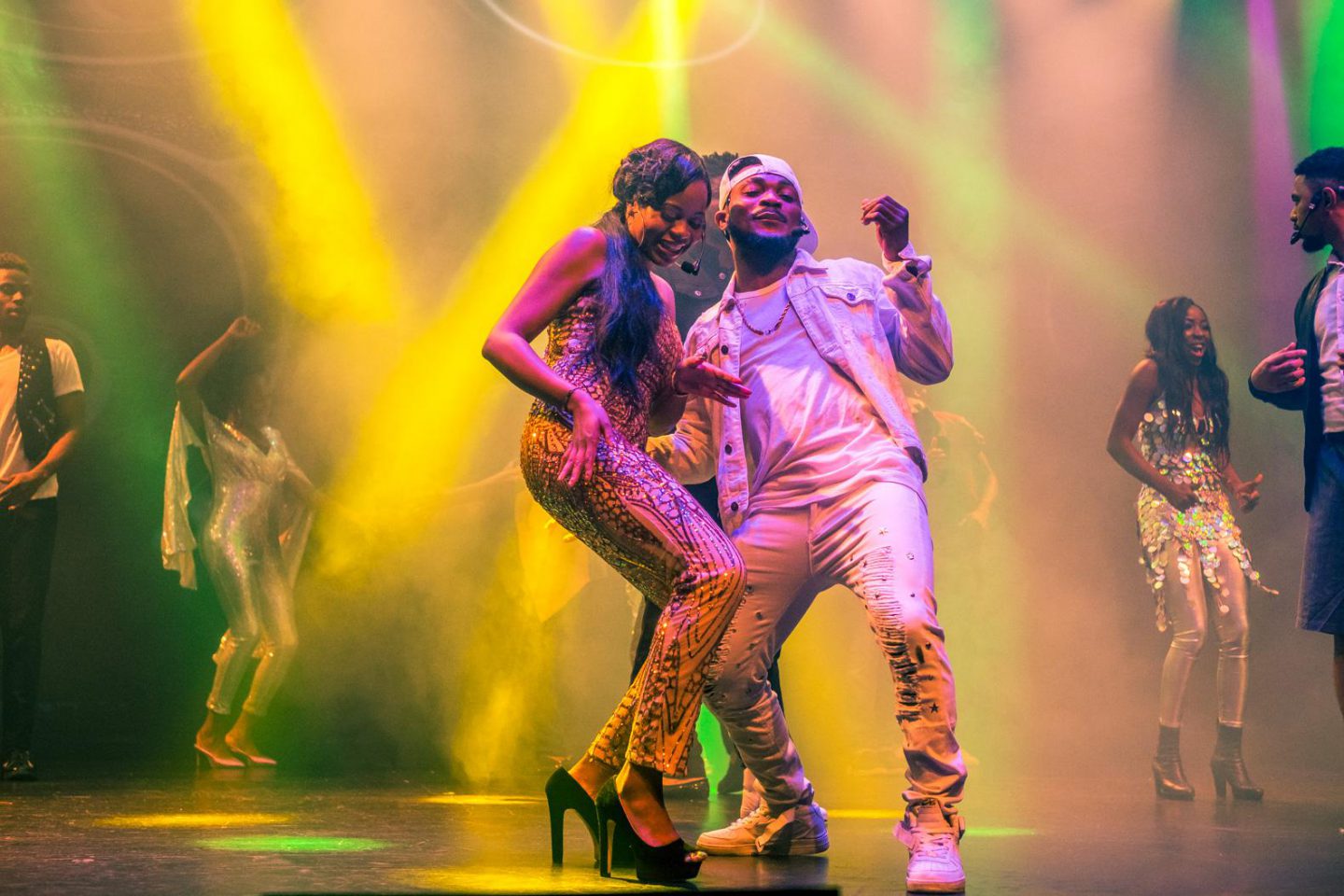 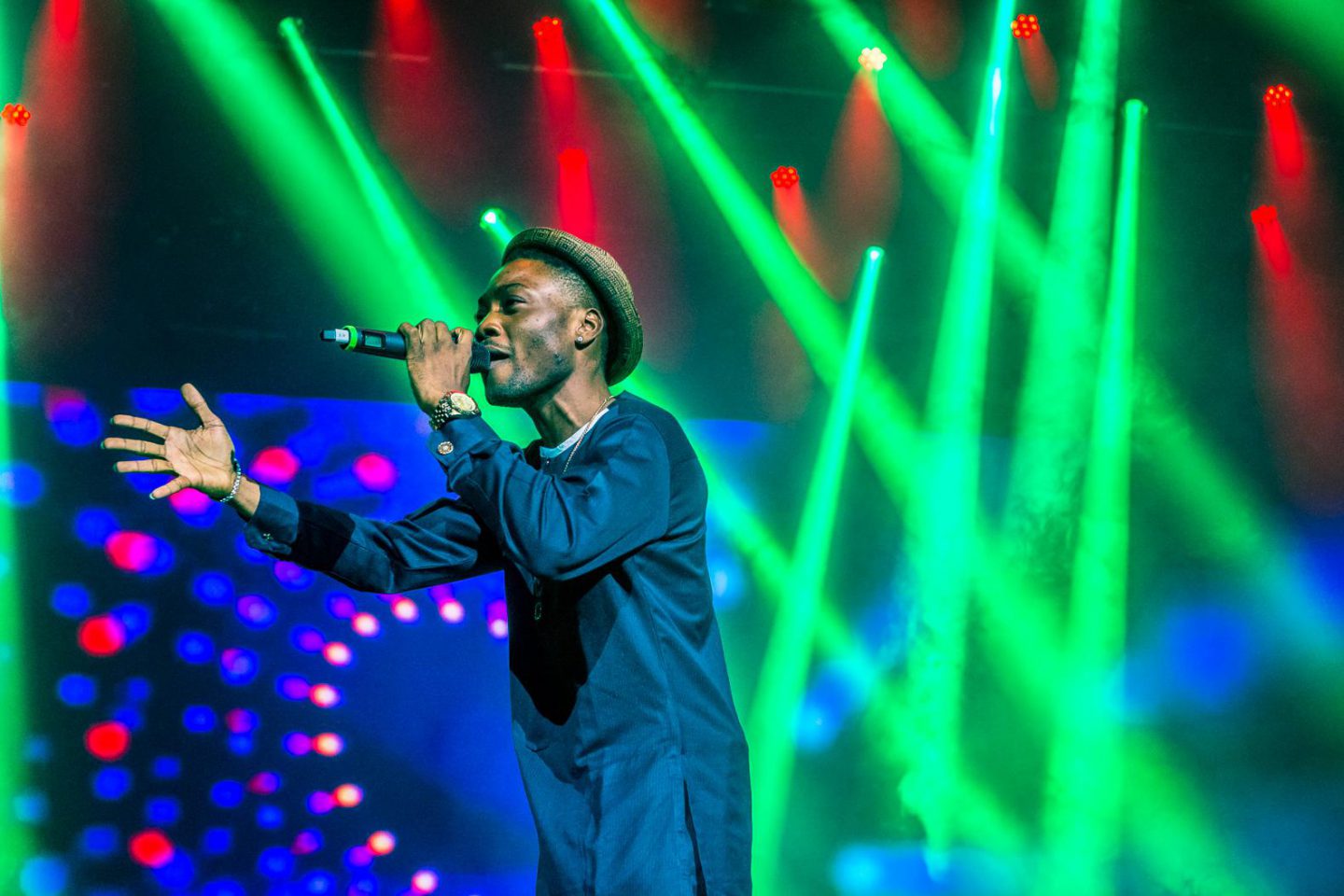 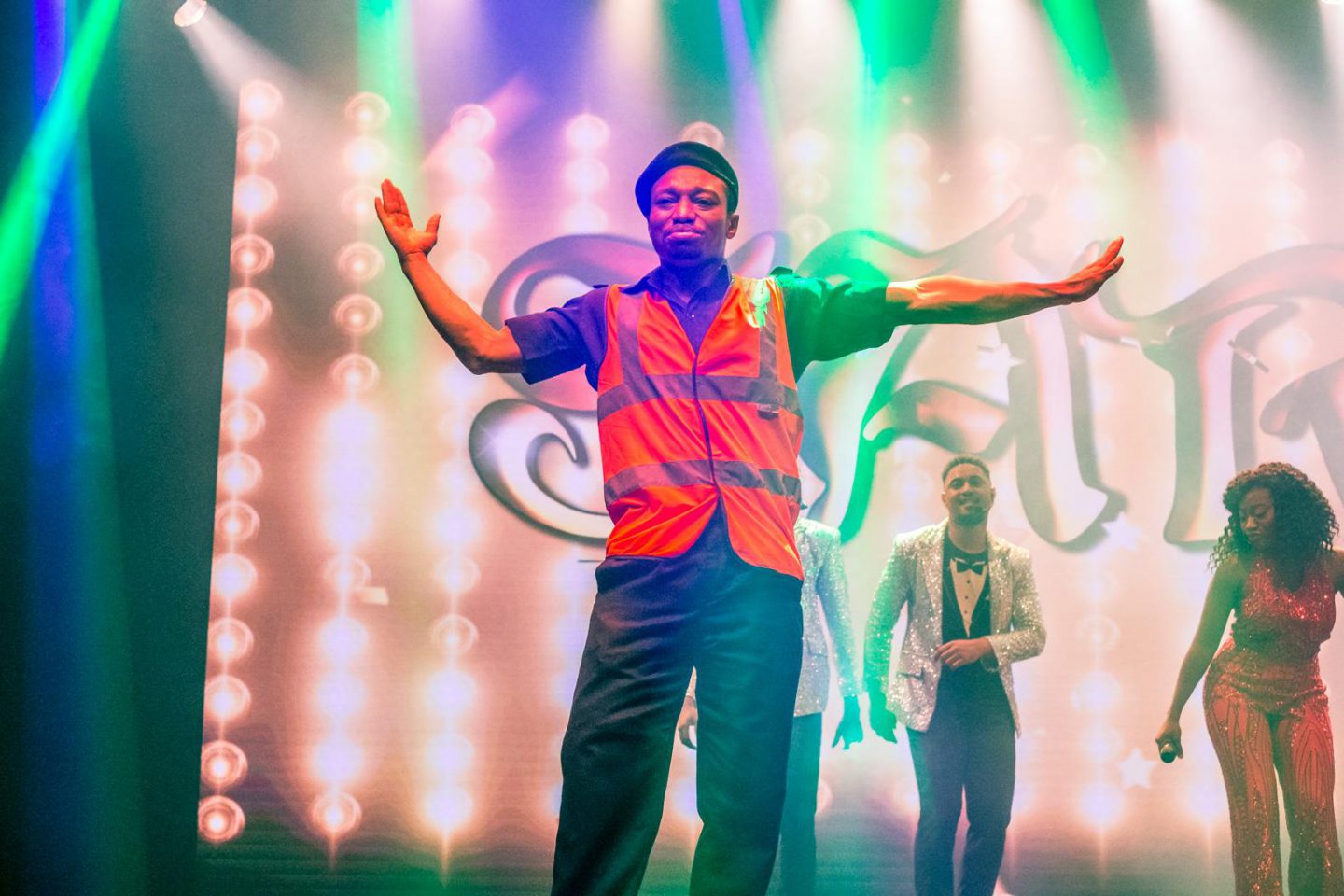 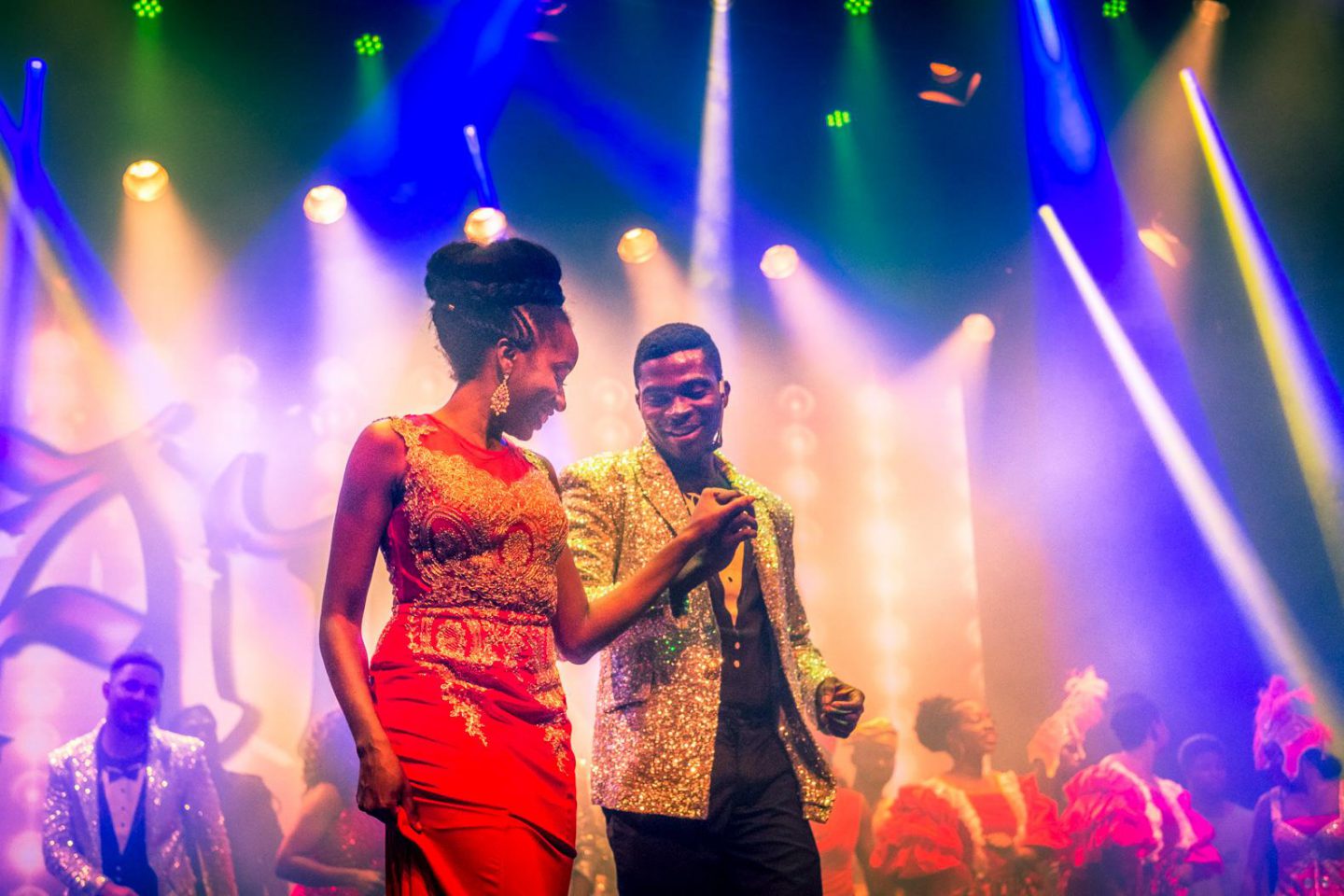 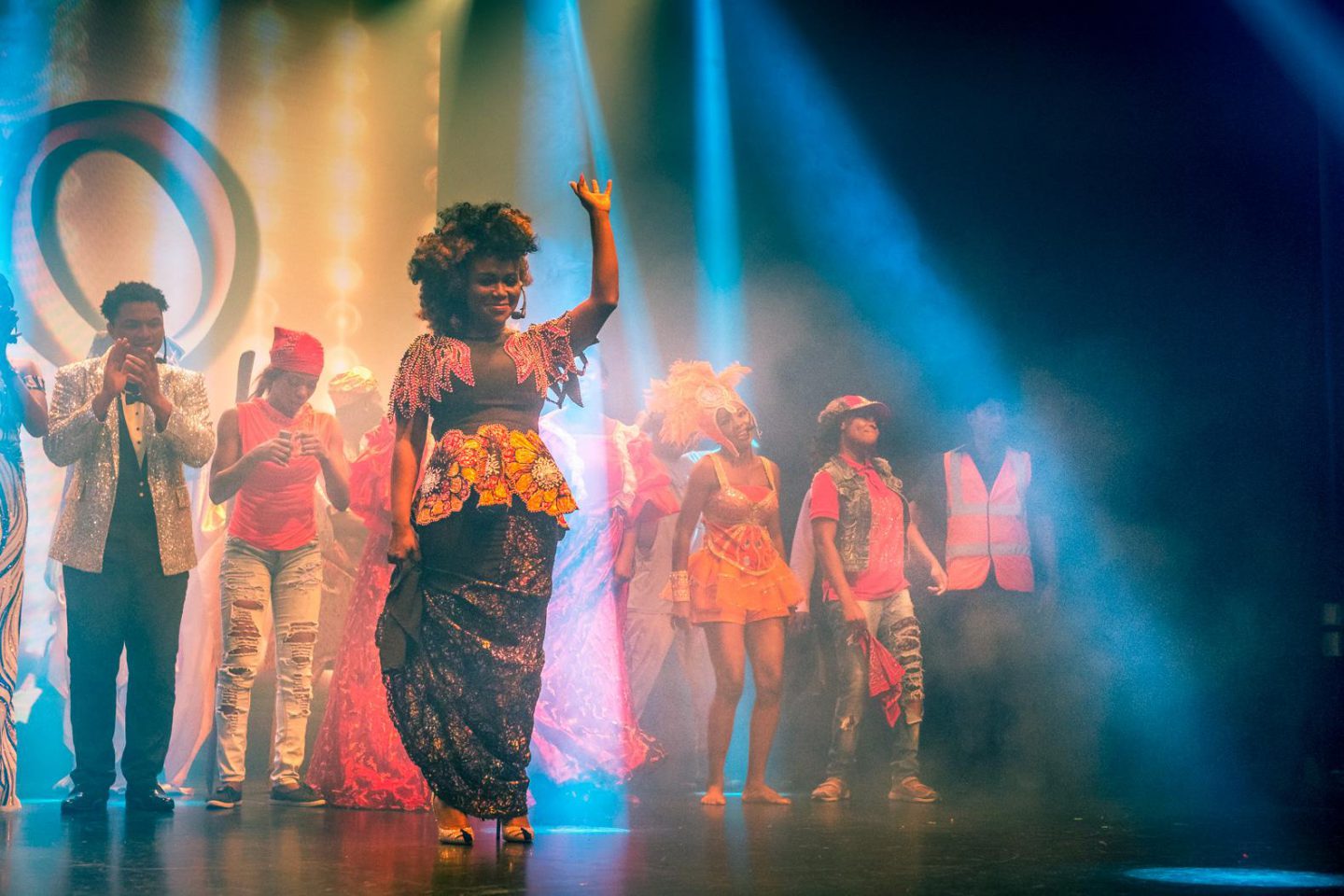 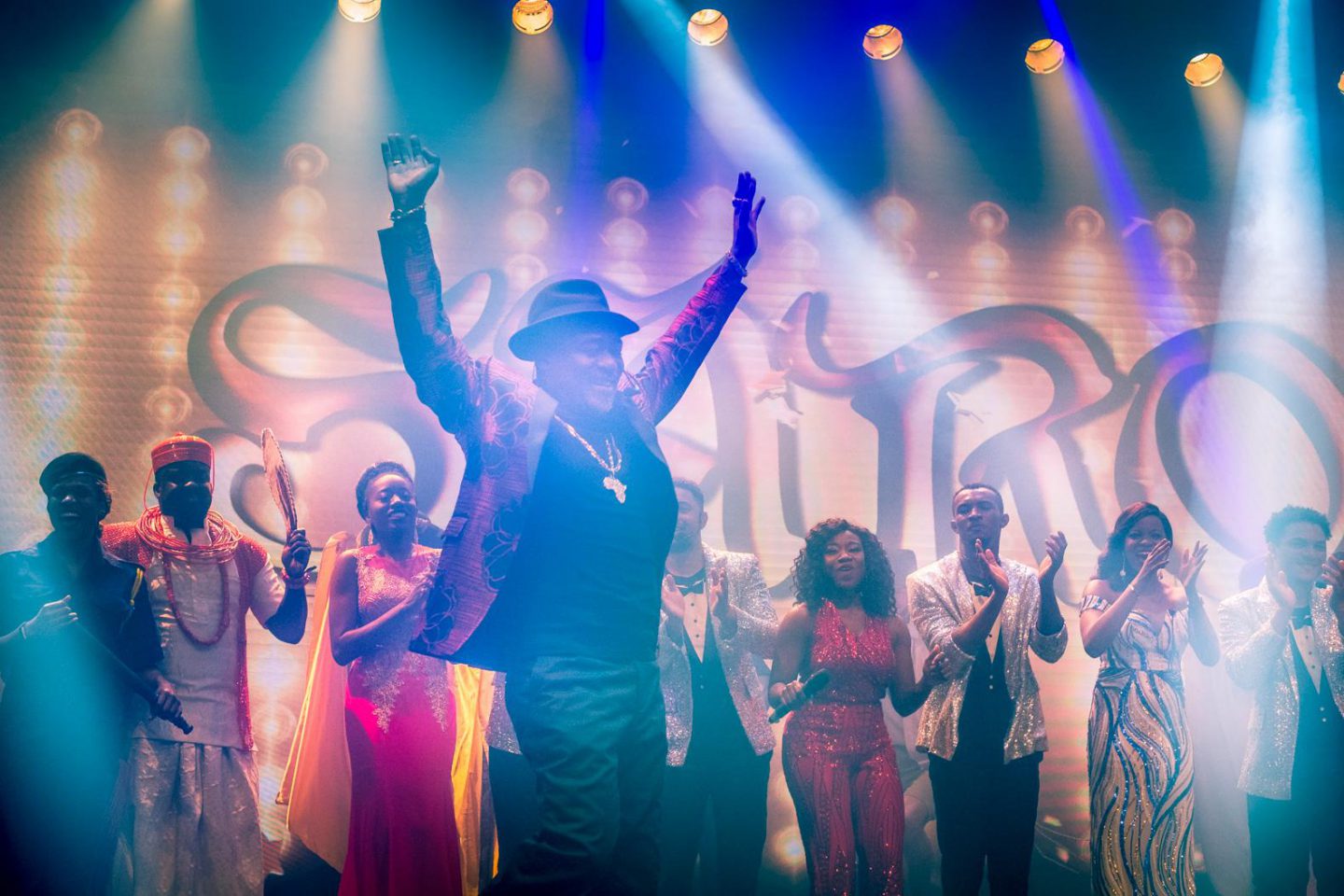 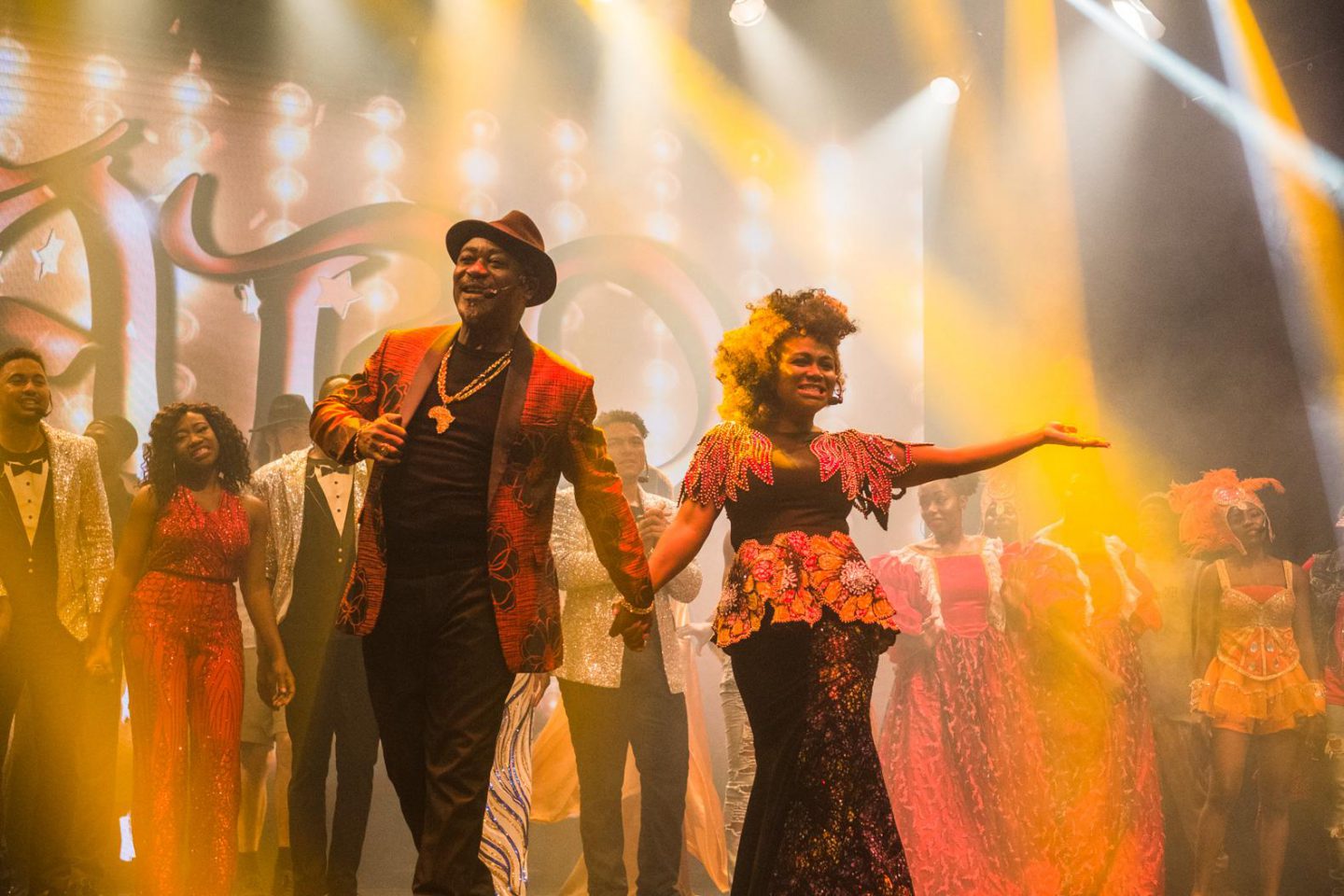