With easing of the lockdown measures in the UK, as McDonald’s in Milton Keynes returned to 24-hour service on Friday 24 July, franchise owner and MK resident Ken Tomkins celebrated with a 24-mile long litter pick.

If it weren’t for the pandemic, 2020 would have seen Ken and Team Kaizen take part in the eighth edition of 24-hour Litter Pick, what has now become an annual event for the team.

Not defeated by the social distancing measures in place, the team kicked off a seven-day virtual litter-picking challenge in early July (which yours truly of course had to take part in!) using the hashtag #LoveMKHateLitter, with local residents fast joining the movement and the Facebook group of the same name which now boasts over 100 members.

Ken’s seven-day challenge soon extended to 14 days, with no signs of stopping, until the local hero decided to take on the 24-hour challenge all by himself last Friday.

Mr. O and I got to speak to Ken on Friday morning as he set off on his route at 7:00 am from McDonald’s at Xscape Milton Keynes and caught up with him through the day as he took on the mammoth task of litter picking across the city, stopping at the six Kaizen McDonald’s restaurants along his 24-mile route which took him from Central Milton Keynes through to Wolverton through Westcroft on to Bletchley, followed by Brickhill and ending at Kingston Retail Centre.

On what would have otherwise been a challenging solo trek, Ken was cheered on by members of the public as well as many residents who shared pictures of their litter loot on the day with the #LoveMKHateLitter hashtag on social media.

Ken was aiming to collect 100 bags in total, with virtual litter-pick contributions from MK residents – watch the video till the end to find out if he met his target.

#TwoDaughters - What a powerful documentary on a mum and dad's grief following the murder of two amazing women butchered by a psychopath, disregarded by the Met police and dehumanised by the police officers who were duty-bound to protect their dignity in death.
h J R
@sonabanjo 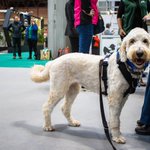 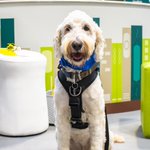 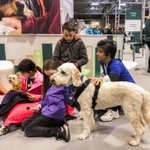