I am not one for binge-watching, but between seeing an Instagram ad of Drew Barrymore chomping on human flesh, this morning to belly full of laughs this evening, I have binge watched the whole series 1 of Santa Clarita on Netflix. 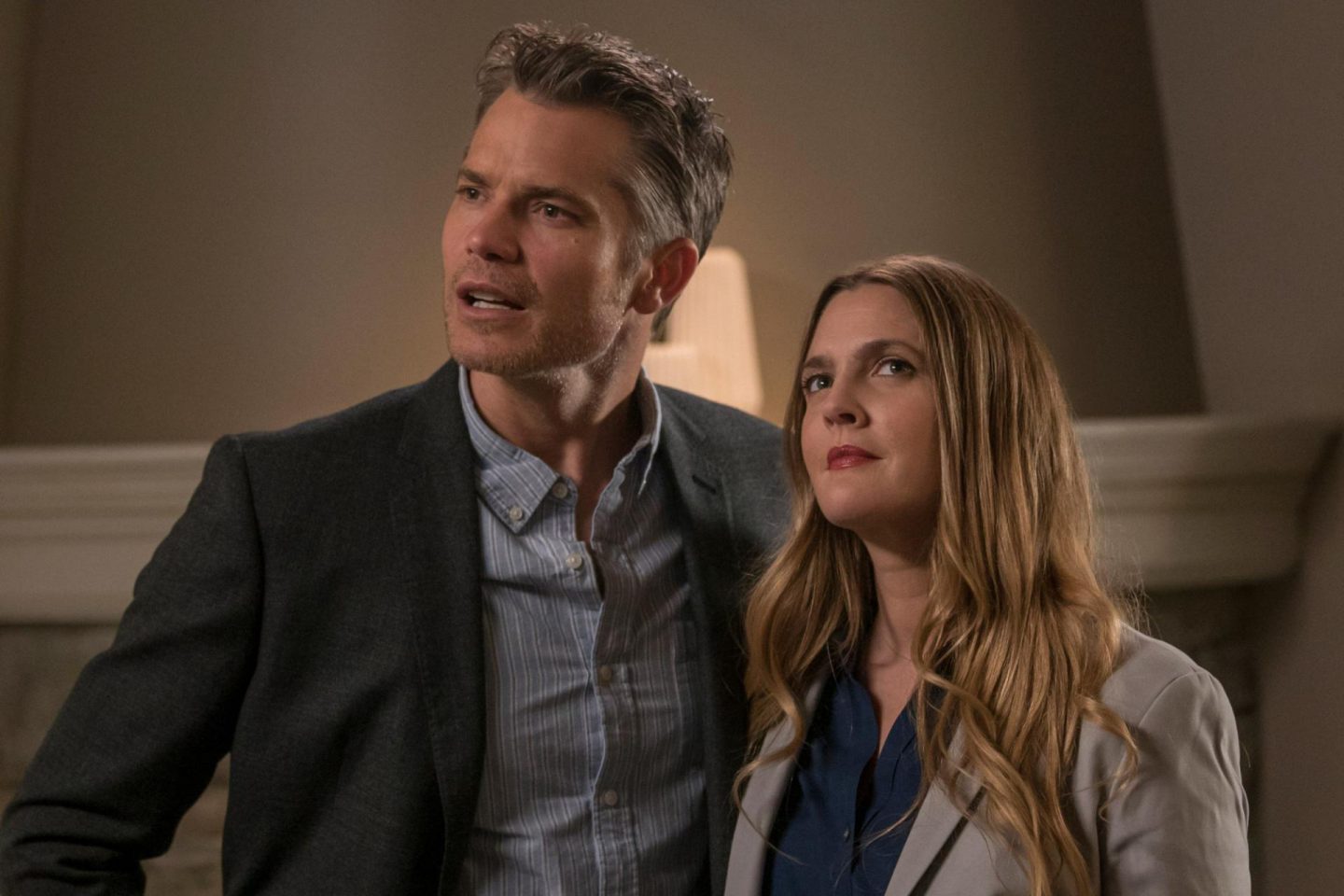 Granted, some of the scenes were less than PG-friendly and certainly enough to put those of us weaker stomachs off their breakfast (Looking at you, Hubby!), it was the kind of gruesome and gory dark comedy of horrors that spoke to my morbidity.

The plot in a nutshell: Suburban realtor Sheila Hammond (Drew Barrymore) wakes up with a dodgy tummy one morning, only to projectile vomit in epic proportions during a house showing and pass out, only to wake up with no heartbeat. Freaked out by her black tar-like blood, her husband Joel (Timothy Olyphant) and daughter Abby (Liv Hewson) consult the nerdy teen next-door Eric (Skyler Gisondo) whose non-scientific examination concludes Sheila is both “dead and undead” – a “zombie”, a word Eric would rather not use as it is “inherently negative.” 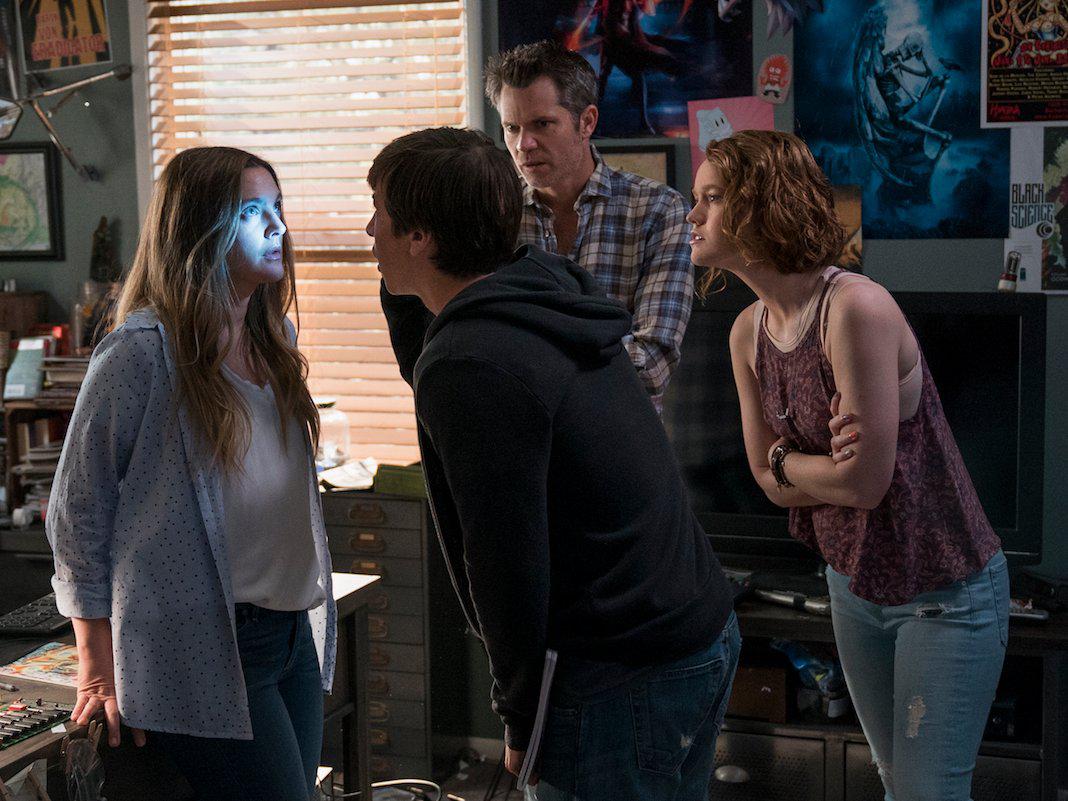 What unfolds is a series of unfortunate events for the Hammond family, as Sheila soon discovers her unsatisfied lust for fresh human flesh and her utter lack of control over her basic desires, ever devoted Joel stands by her side and cowers behind her on her killing spree, Abby starts giving life the middle finger in a nihilistic awakening of sorts and the family begin sliding down a slippery slope of murders, lies and cover-ups.

No one does the ditzy SoCal girl better than Drew Barrymore whose Sheila is trying to keep up appearances like all the other desperate suburban housewives of Santa Clarita, the titular town, which is located about 40 miles northwest of Los Angeles. While Barrymore’s slapstick comedy is sometimes a little too much, it is Timothy Olyphant’s more subtle moments that balance it all out in the perfect portrayal of high-school sweethearts turned middle-class married muddling their way through life with a tad bit more than your average household to tackle with.

Equally, if not more, fun are the scenes between Skyler Gisondo and Liv Hewson as the nerdy teen with a crush and the model daughter who, despite the enormity of what her parents have thrown at her, maintains her sarcasm and offbeat humour. 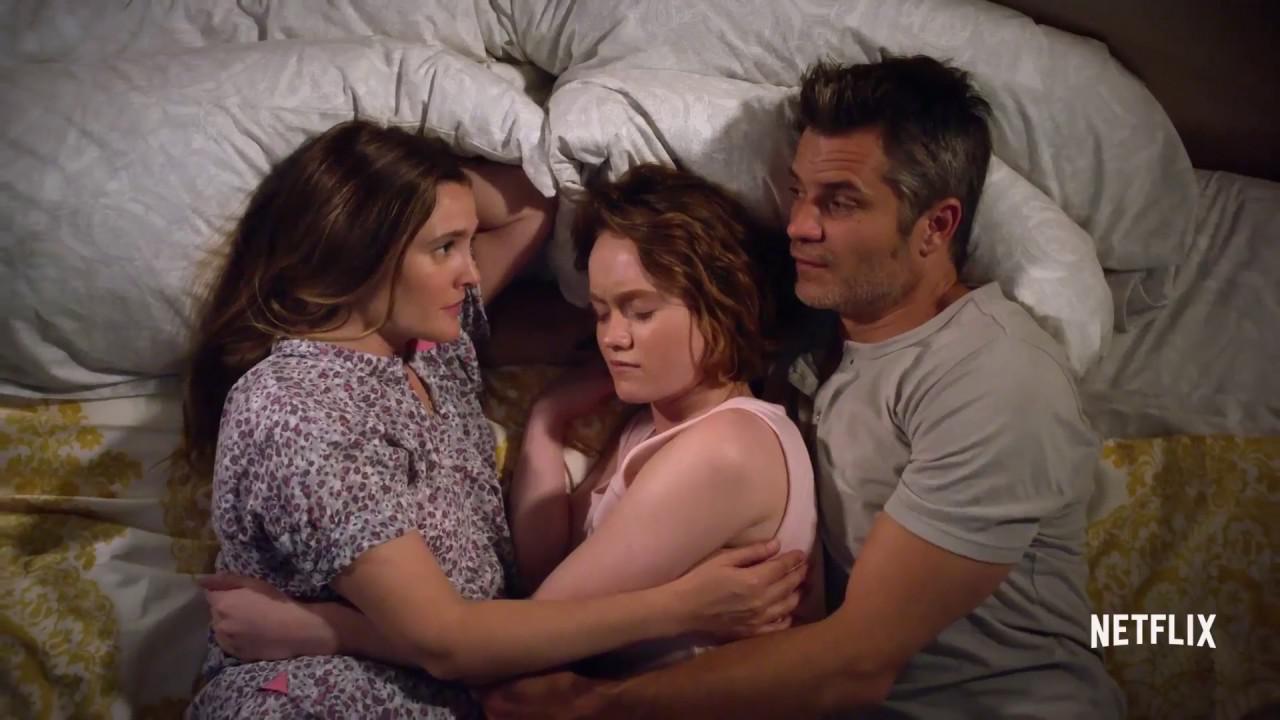 As the series gain momentum halfway through, you begin questioning some moral points as well. Is it ever ethical to be rooting for a a flesh-eating woman and a man who has newly discovered his killer instinct? Could things ever really get so bad  with Sheila that the family may have “bash her brains in” as Eric advises in episode 1? Will Dr. Cora Wolf (Portia de Rossi) be the answer to Hammonds’ predicament? Even more so, having tasted (excuse the pun) and enjoyed living life to the full governed only by her id, will Sheila care to go back to being ‘normal’?

I am not a fan of zombie fiction, but the Desperate Housewives streak of dark humour, despite the occasional side of human body parts and projectile bleeding, will make me come back for a second serving.