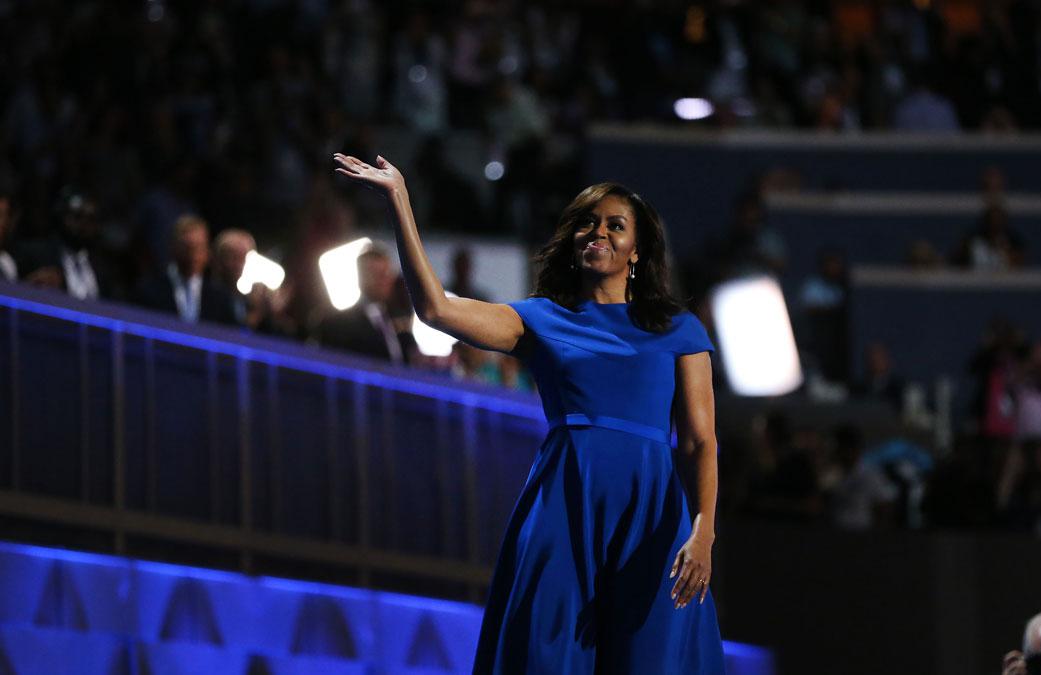 Michelle Obama, the First Lady of USA, made headlines twice in the last couple of weeks: first, when her 2012 speech was plagiarised by none other than Melania Trump, the Republican presidential candidate Donald Trump’s wife, at the Republican National Convention; secondly, when she lent her support to the Democratic presidential candidate, Hilary Clinton, with an electrifying speech on the first day of the Democratic National Convention last weekend.

The class act that she is, FLOTUS, did not stoop to dignify Melania and her ‘speech writer’ with a response and instead let social media destroy them. And once again, charming and charismatic ever, she delivered the kind of speech over the weekend that can turn disengaged voters into Clinton supporters.

Talking of the the White House  journey her daughters began as tweens, now both poised young women, the First Lady acknowledged the difficulty of raising children in the public eye and the need for positive role models to help guide them against a myriad of challenges which may shake their convictions.

“How we urge them to ignore those who question their father’s citizenship or faith. How we insist that this hateful language they hear form public figures on TV does not represent the true spirit of this country. How we explain that when someone is cruel or acts like a bully you don’t stoop to their level. No, our motto is: when they go low, we go high.” 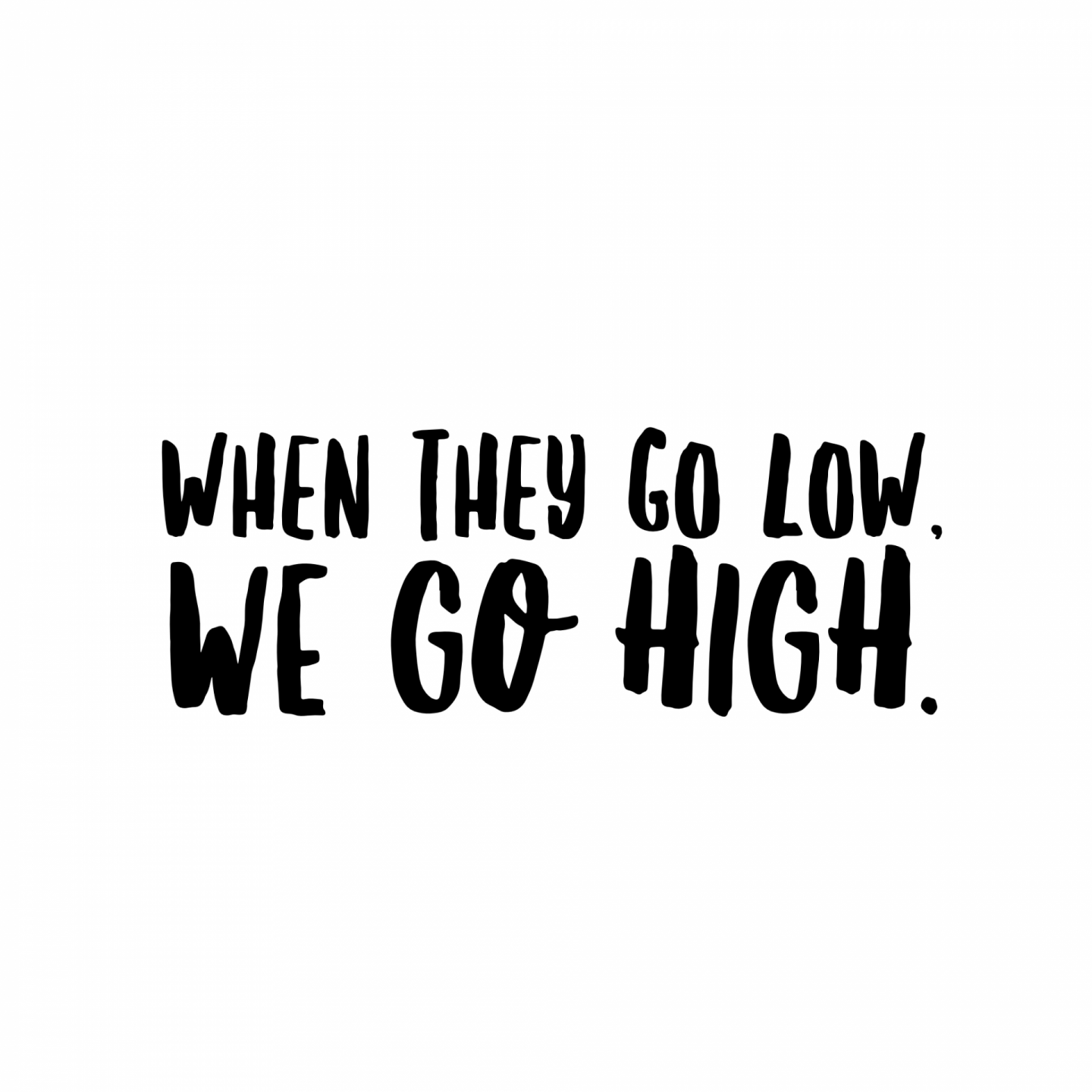 That motto stuck with me as in that one sentence Michelle Obama summed up what POTUS and FLOTUS have always stood for: calm and collected poise, a touch of sarcasm and heaps and heaps of humour against adversities and insults during their time at the top – and adversities and insults, they had many of. Remember when the Republicans called into question Barack Obama’s citizenship? Or the demeaning depiction of Michelle Obama as a chimp? Through it all, they kept their heads and their standards high, showing not only their daughters but the rest of the world that with grace, poise, tenacity, well-timed good humour, you can fight back graciously. You can go high when they go low.

While “when they go low, we go high” is a golden motto, this is not the first golden nugget from the FLOTUS, nor the first time Michelle Obama has given us timeless life lessons and advice.  Touching upon a range of issues from gender equality to friendship, from success to good decision making with golden words that come from the heart, Mrs. Obama is like everyone’s dream Fairy Godmother, sister, girlfriend all rolled into one.

“Whether you come from a council estate or a country estate, your success will be determined by your own confidence and fortitude.”

“You cannot make decisions based on fear and the possibility of what might happen.”

There is no magic to achievement. It’s really about hard work, choices, and persistence.

“One of the lessons that I grew up with was to always stay true to yourself and never let what somebody else says distract you from your goals.”

“Any men who uses his strength to oppress women is a coward, and he is holding back the progress of his family and his country.”

“Do not bring people in your life who weigh you down. And trust your instincts … good relationships feel good. They feel right. They don’t hurt. They’re not painful. That’s not just with somebody you want to marry, but it’s with the friends that you choose. It’s with the people you surround yourselves with.”

“Cute’s good. But cute only lasts for so long, and then it’s, ‘Who are you as a person?’ Look at the heart. Look at the soul. Look at how the guy treats his mother and what he says about women. How he acts with children he doesn’t know. And, more important, how does he treat you?”

“Choose people who lift you up.”

“We need to do a better job of putting ourselves higher on our own ‘to do’ list.”

“When you’ve worked hard, and done well, and walked through that doorway of opportunity, you do not slam it shut behind you. You reach back.”

“We learned about honesty and integrity – that the truth matters… that you don’t take shortcuts or play by your own set of rules… and success doesn’t count unless you earn it fair and square.”

“We should always have three friends in our lives-one who walks ahead who we look up to and follow; one who walks beside us, who is with us every step of our journey; and then, one who we reach back for and bring along after we’ve cleared the way.”