Sarah Jessica Parker – more affectionately called SJP by all of us – is about to make her small screen comeback after 12 years with Divorce, an new TV series she produces and stars in. Unsurprisingly most interviews can’t help comparing her break-out on-screen persona Carrie with her reincarnation Frances, even though they are world apart, it seems. 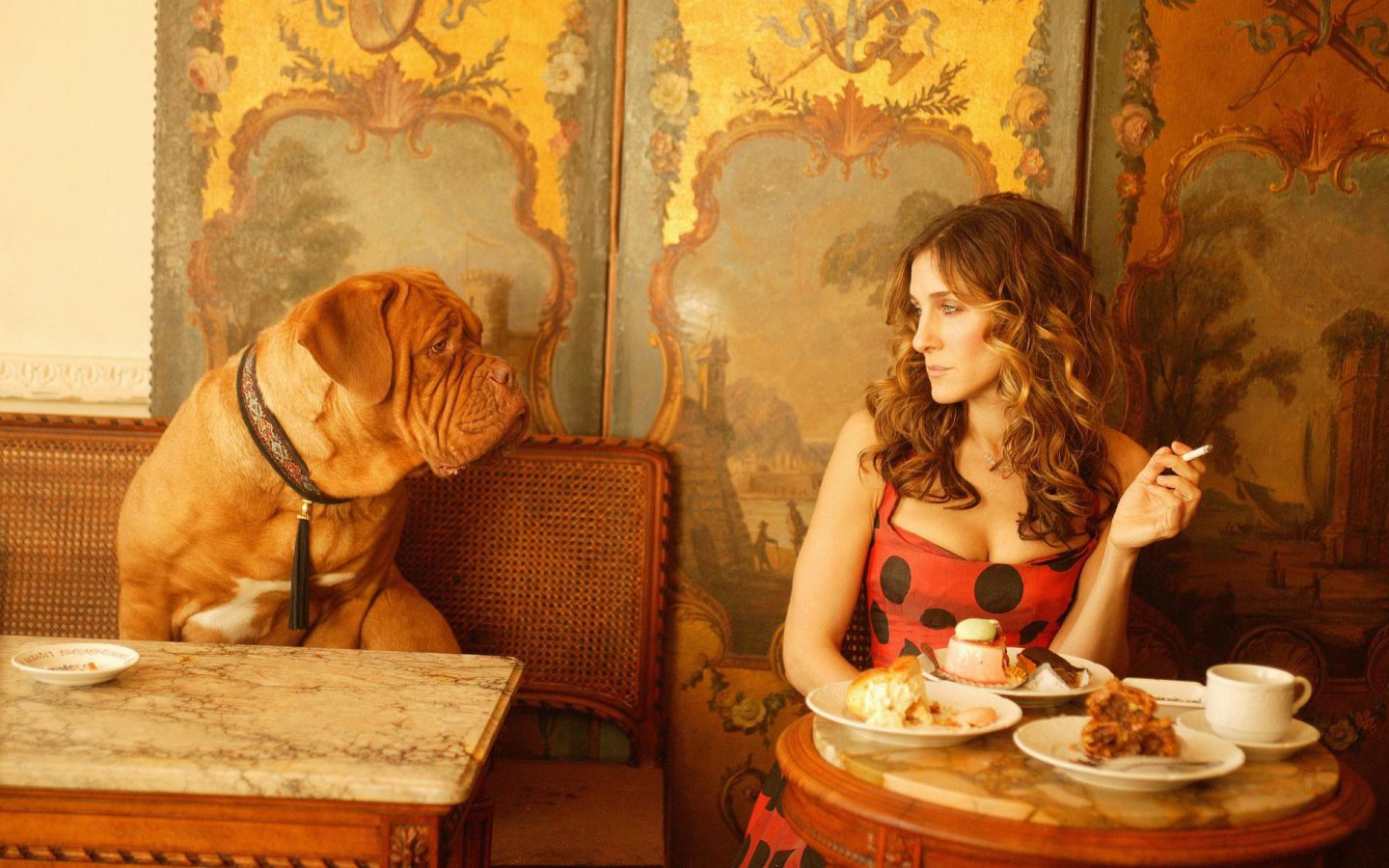 As I look forward to seeing SJP as the conniving, foul-mouthed, philandering recruitment boss when Divorce airs on 12 October, I can’t help but reminisce about Carrie Bradshaw, and all the other on-screen women us, Gen X have come to adore.

The 1980s classic When Harry met Sally based on the sexist premise that “Men and women can’t be friends because the sex part always gets in the way” (In Harry’s words) gave us one of the best ever female characters on the big screen: Sally Albright. She was the markswoman of the sharp, shrewd one-liners and gave Harry as good as she got in verbal repartee. And who could forget the deli scene – the one that turned you fifty shades of crimson if you stumbled upon it watching telly with the parents – which put Harry in his place and taught him, along with men worldwide, a thing or two about how effortlessly a woman can fake an orgasm.

We were the ’90s girls after all; as much as we loved the concept of feminism, we were still little suckers for a Cinderella story. And Vivian Ward, the big-hearted Beverly Hills prostitute who lucks out when suave New York billionaire Edward Lewis loses his way on a business trip to LA and ends up picking her up on the Hollywood Boulevard, gave us just that. Oh and she gave us Julia Roberts, the stunner with the gorgeous smile. As Vivian transformed from street walker to glamorous lady in red one luxe outfit after the other, it was predictable that she was going to fall for Edward too, enough to break her “no kiss on the lips rule.” Which, admit it, we all thought was cool. What was even cooler was her bolshy braggadocio on a return trip to deliver the final blow to a snooty shop keeper who had insulted her the day before.

Rachel Green was probably our first on-screen love. For a whole decade of Friends, Rachel and co were the cool kids wanted to hang out with at the Central Perk Cafe. As infuriating as she was as a spoilt rich daddy’s girl running off to New York, as fascinating was her ‘coming-of-age’ over the decade. While early seasons’ Rachel, with her self-centred and spoiled antics, was far from likeable, it was perhaps her riches to rags turn of fortune and her feelings for the ditzy Ross that endeared her to us and made her the undisputed queen of the series even inspiring ‘The Rachel’ haircut. Through then on-again-off-again affair with Ross which birthed a child by season 8, we were always secretly rooting for the couple because after all, “He’s her lobster!”

Carrie was the we would love to share Cosmopolitans and Choos with. The flirty, flight 30-something that painted New York scarlet with her equally bolshy girlfriends, her quirky fashion and her infuriating need to be loved by the men in her life, Aidan, Berger, and above all Mr Big – although as 20, or 30-something year old women also looking for love in all the wrong places, our rage was perhaps misplaced. We saw Carrie grow up over the five series, and go through her Aidan phase, her Berger phase (did that even last long enough?) and of course the Big phase. We all have a favourite Carrie moment. And let’s face it, while some of us profess to be more Samantha, or more Miranda – although let’s face it no self-respecting woman would profess to being Charlotte – we all craved to be Carrie.

If Carrie Bradshaw was the Manhattan embodiment of singledom before the age of Tinder, then Bridget Jones was London’s answer to Carrie. We began counting with her units of alcohol and calorie intake in 2001 as Helen Fielding’s novels of the same name got their first big screen adaptation and Renée Zellweger gave us the perfect incarnation of the binge-drining, chain-smoking, overweight thirty-something British singleton desperately incompetent both in her professional and personal life. She was fast falling for the prudish, upper class Mark Darcy as she was sleeping the the villainous rogue Daniel Cleaver. 15 years later, she is back, with a baby, whose paternity is anyone’s guess. And boy, she has grown up! She has shed the puppy weight, seems to have swapped binge-drinking for clean eating and is at the top of the career ladder. Her love life, it seems, is still a bit of a mess. But we love her just the way she is…