Saturday was date night which involved the long-awaited movie The Girl on the Train. Like most bestselling thrillers, I was first aloof to the popularity of the psychological thriller by British author Paula Hawkins – despite the 15 million copies sold worldwide and 13 consecutive weeks on top of the The New York Times Fiction Best Sellers of 2015 list. It wasn’t until this summer I finally buckled and bought a copy and only three weeks ago I finally read it. From cover to cover. All in one night. 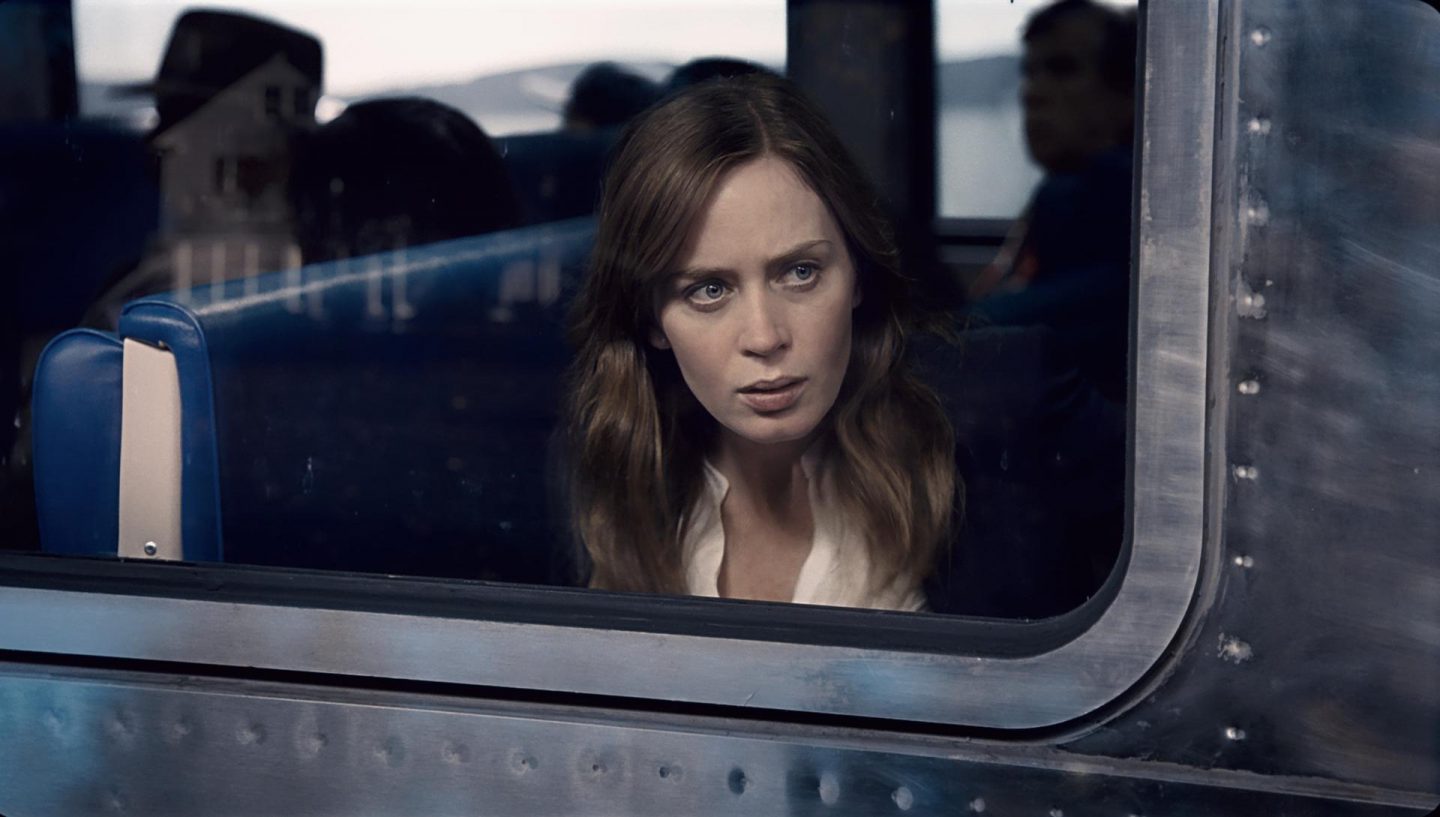 The unreliable narrators, from alcoholic Rachel, the girl in the title to psychologically unstable Megan (Haley Bennett) and the smug married Anna (Rebecca Ferguson), the loss of memory and block-outs, the mishmash of time frames and narrative and the final twist were so gripping from the moment I finished the book I couldn’t wait to see the film adaptation.

As the first reviews trickled in it wasn’t so positive. A disheartening three stars. What is more the fans of the novel were outraged; first at the casting of slim and glam Emily Blunt, as Rachel who is meant to be overweight and glum, then by the setting moved from the UK to US. There was possibly no way you could be loyal to the tiny details that made The Girl on the Train authentic such as Rachel “stopping at the Whistlestop in Euston for a small bottle of Chenin Blanc to drink on the 5.56pm”. Plus, our small island is home to a large number of functioning alcoholics where Rachel would barely raise an eyebrow, while she is totally out of place in squeaky clean Stateside, as show by the woman with the young baby who squirms in her seat once she realises Rachel is drunk.

Equally unnerving was the casting of Justin Theroux, in my opinion; one look and you cannot trust him further than you can throw him, even though he has to be the reliable, solid Mr. Watson, Rachel’ ex husband, and smug married second wife Anna’s other half.

My main problem which made me view this adaptation less favourable than three stars is with the portrayal of women which has been labeled as misogynistic. On screen, admittedly, neither Anna, nor Megan, nor Rachel look likeable; more so, they are all shown to be victims. In the novel, however, they are deeper nuances perhaps honed away to simplify layers on on-screen storytelling. Rachel’s awakening is also far more layered and takes longer than a chance encounter with the wife of her ex’s boss (a cameo by Lisa Kudrow), and therein lies the real horror which the book delivered with a punch and the film failed to do so.

There are also a few incidents from the novel conveniently not included in Erin Cressida Wilson screenplay adaptation, perhaps in a bid to make Rachel more sympathetic for the audience, which is in my opinion is problematic, because in the end it is Rachel’s gritty edges that we feel real sympathy for, the fact that she is the shadow of the woman she once used to be, and we are almost rooting for her to rise from her ashes. In the film, all we see of Rachel – until the neatly wrapped up ending – is the one word hubby kept on whispering in my ear every 15 minutes: “Cuckoo!”

The two stars? All thanks to Emily Blunt, and even then, I wouldn’t call her performance Oscar-worthy as some have claimed. All in all, I was expecting one hell of a ride and all I got was a train to nowhere. If you haven’t read the book yet, I’d say, skip the movie, read the book.