“Routine is going to kill you,” says the mysterious narrator early on in Clare Mackintosh’s second novel I See You. It is easy to think my husband and Mackintosh would have been thick as thieves had they known each other as Hubby is not a fan of routine, often theorising that people who like their routine would be the easiest to stalk. (Disclaimer: Hubby is not a stalker).

As the cold-blooded narrator decrees “Routine is comforting to you. It’s familiar, reassuring. Routine makes you feel safe. Routine will kill you” by page 50, you are hooked on this all-consuming thriller. 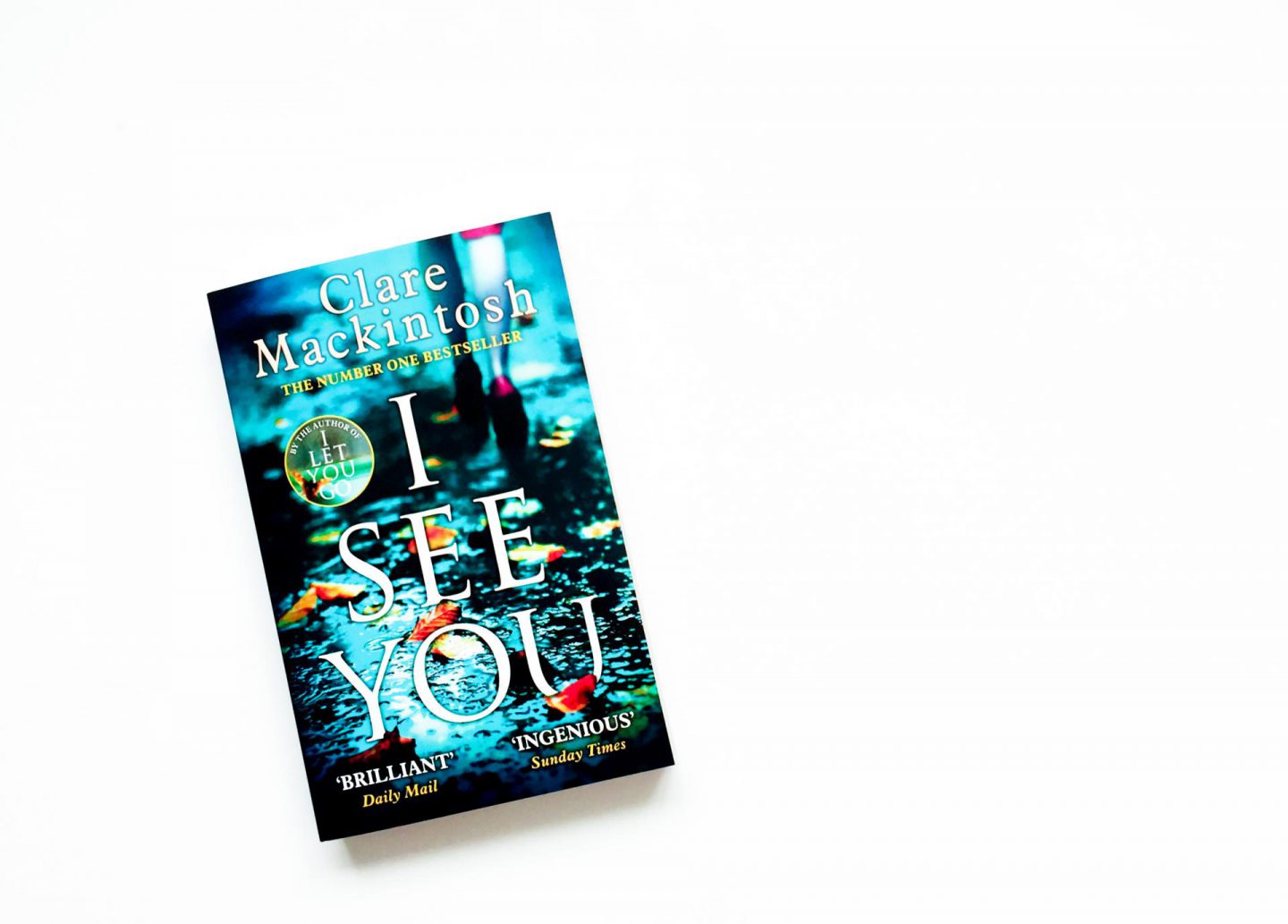 It all begins with Zoe Walker, on her commute home from her dead-end job, finding her photo in the classifieds section of the London Gazette (Think Metro, your daily companion on the tube) alongside a website with a login page and a phone number that’s out of service.

While family and close friend Melissa dismiss her suspicions, she is ill at ease, determined to find out why it’s there. The next day the advert shows a photo of a different woman, and another the day after that. To make matters worse, one of the women end up dead only days after her photo appears on the ad.

Is it a mistake? A coincidence? Or is someone keeping track of every move they make . . .

What I assumed would be a creepy tale of stalking gained steady pace throughout to hurtle down at me at breakneck speed as something so much more nightmarish. The author’s skill is in placing you as the reader right in Zoe’s shoes, so as the plot gains pace and Zoe’s sense paranoia escalates, you feel her vulnerability – so much so that, before the big reveal, everyone is a potential suspect, stalker, something so much worse ready to chase her down the platform, push her on to the tracks, hunt her down like a pounding predator.

While some may question the plausibility of the premise the whole plot hinges on, in my opinion it is so much more conceivable than some devices used in a plethora of physiological thriller on page and on the screen.

There is also something to be said about Mackintosh’s skill in moving Zoe’s storyline from 0 to 100 miles in just a few chapters that there is no time to dwell on the likelihood of a daring plot device. You are rushed off your feet, bounding down a tube platform, feeling the ghost touch of a stalker – real or imaginary – right between your shoulder blades.

Another plus is the story taking place in London, with a claustrophobic focus on the London underground, which most of us rely on for our daily commute, which provides as much anonymity as it does safety in numbers. If you have ever travelled outside of Zone 1-2 on a scantily populated late-night tube, or walked down a deserted platform getting off the last train home, the sound of your 4-inch heels echoed in the distance by sturdy footsteps closing, you don’t have to stretch your imagination too far to feel even a touch of Zoe’s terror.

The only part of the novel which didn’t really work for me was detective Kelly Swift’s narrative. While it shed significant light on the ideas of victimhood, guilt, salvation, Kelly’s struggle to come to terms with her sister’s assault and its aftermath unfolding at snail-speed frustrated me, and I was tempted to skip her narrative all together at times so I could rush back to Zoe’s side.

The twist which was unexpected to many was almost predictable for me, perhaps because it circled back to the one character I felt came across as a sociopath .

The consensus online seems to be that I See You, while a successful second novel, does not live up to the debut I Let You Go. I am very much drawn to books whose blurbs entice me. Frankly I was never tempted to pick up the latter, as the blurb did not speak to me, but considering how much I enjoyed Mackintosh’s follow-up, I may have to check out her debut.